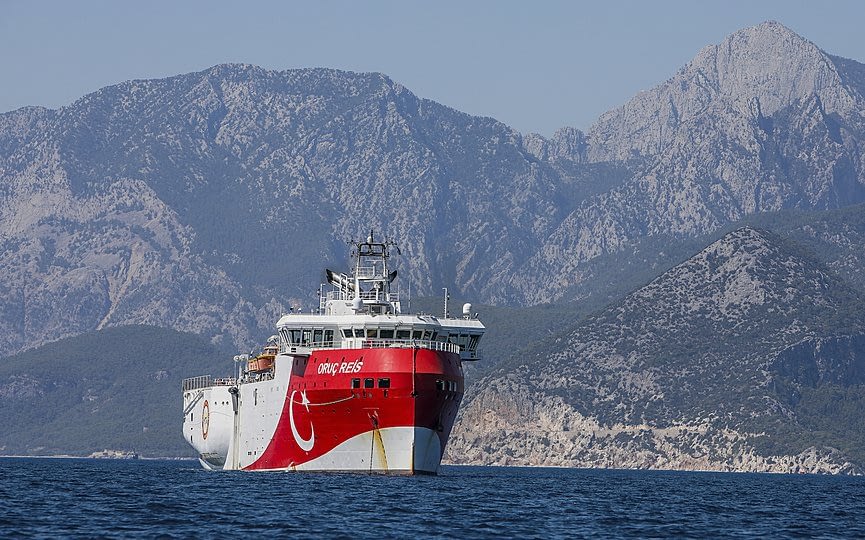 ATHENS — Employing tactics that have worked before to stave off sanctions, Turkey plans to put on hold its hunt for energy off the Greek island of Kastellorizo Nov. 29, not long before a meeting of the European Council Dec. 10-11 that could decide penalties.

Greek Prime Minister and New Democracy leader Kyriakos Mitsotakis had pulled back his demand for European Union sanctions to give diplomacy a chance after Turkey pulled out its ships at that point – and promptly sent them back after he did.

Despite fears of a conflict in the East Mediterranean and Aegean where Turkey is claiming Greek seas under a maritime deal with Libya no other country recognizes, Mitsotakis didn't push for the sanctions again and the EU said it would wait until the December meeting.

Turkey said that stopping the energy hunt in and near Greece's waters was a goodwill gesture in an apparent bid to avoid being hit with sanctions that in any case would exempt Turkish President Recep Tayyip Erdogan, who calls the shots.

In the meantime, Turkey has been forging ahead with its energy hunt, its exploration vessel the Oruc Reis accompanied by warships, shadowed by parts of the Greek Navy.

Turkey said suspending its operations goes along with the “the hand of friendship” from Erdogan, through his Ibrahim Kalin, who went to Brussels to announce it.

European Commission foreign affairs spokesman Peter Stano said the “EU has been very clear on expectations,” adding that its position had been “conveyed” also during Kalin’s meetings although the bloc's leaders have been reluctant to get tough on Erdogan, fearing he will unleash more refugees and migrants through Greece and its islands.

“The expectation is de-escalation,” Stano said, adding that the meeting will review whether Turkey has done enough to allow for a “constructive dialogue” to resume between the two sides “or whether all other options would be explored,” typically meaning no penalties, more diplomacy and another win for Erdogan.

French Foreign Minister Jean-Yves Le Drian wasn't buying the EU's appeasement policy and told the RTL TV group of his skepticism and wariness in trying to still deal with the wily Turkish leader.

“It is not enough, I say it clearly for your Turkish listeners, it is not enough that for two or three days now there have been reassuring statements by President Erdogan. Actions are needed. This is my position and of course the position of the President of the Republic. We will judge based on the actions,” he said