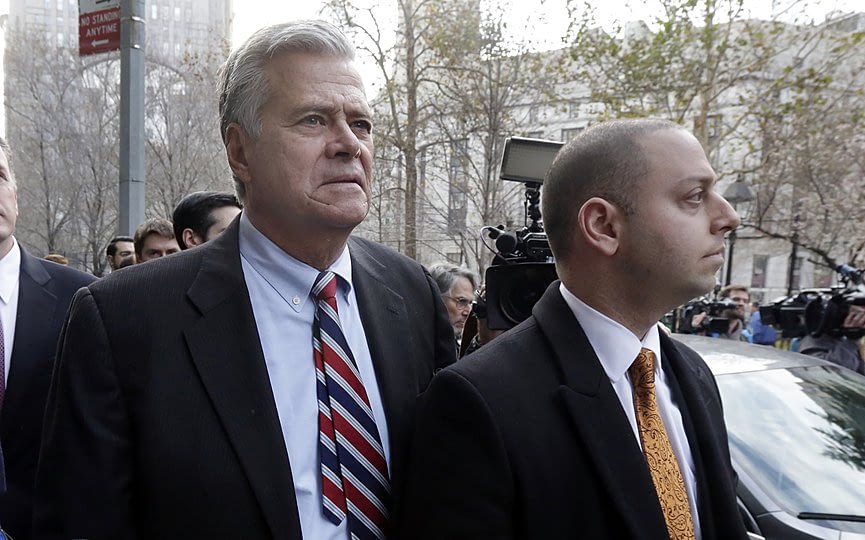 NEW YORK (AP) — Ex-New York Senate leader Dean Skelos and his son returned to a Manhattan courtroom Tuesday for the start of their retrial on corruption charges.

U.S. District Judge Kimba M. Wood told prospective jurors that Skelos and his son, Adam, were facing public corruption charges and she was seeking jurors who could be fair fact finders who would base their conclusions only on evidence they see and hear in court.

The panel of jurors was selected by 6 p.m. and Opening statements were likely to begin on Wednesday.

The trial is likely to last a month. Potential jurors filled out questionnaires last week and lawyers had analyzed them before the formal start of jury selection Tuesday.

At least one woman was stricken from the pool of potential jurors after indicating on a questionnaire that she “doesn’t support Republicans.”

Skelos and his son were convicted in 2015 of extortion, conspiracy and bribery. Dean Skelos, a 70-year-old Republican, was sentenced to five years in prison. His son got 6½ years. But neither had to serve time.

The convictions and the sentences were overturned by a Manhattan federal appeals panel that cited a recent U.S. Supreme Court ruling narrowing the definition of public corruption. The high court decision had reversed the bribery conviction of former Virginia Gov. Bob McDonnell, a Republican.

The evidence in the Skelos retrial was expected to mirror what jurors saw at the first trial, when prosecutors said the once-powerful politician badgered companies that needed his political sway to funnel more than $300,000 to his son through consulting work, a no-show job and a payment of $20,000.

The father and son have both pleaded not guilty.

They are counting on a different result than what occurred at the retrial of former Democratic New York Assembly Speaker Sheldon Silver.

He too had his conviction and a 12-year prison sentence reversed by the appeals court, which cited the Supreme Court McDonnell ruling. In May, a jury convicted him again at a retrial. Silver is awaiting sentencing.