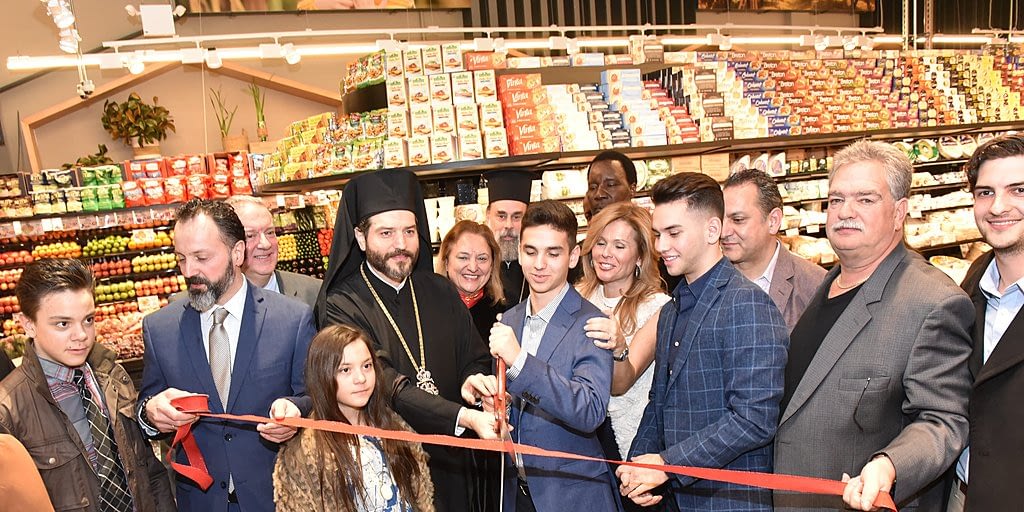 WHITESTONE – The grand opening of North Shore Farms’ eighth store and the first in Queens took place on December 14 in Whitestone. Many members of the Greek community attended the new store’s grand opening to congratulate and wish all the best to the owner Nick Katopodis.

The ribbon-cutting ceremony took place after the traditional blessing with holy water by His Grace Bishop Apostolos of Medeia, along with presiding priest of the Holy Cross Greek Orthodox Church of Whitestone Fr. Dionysios Anagnostopoulos, Fr. John Lardas and Fr. Dennis Strouzas from the Archangel Michael Church in Port Washington, Fr. Nektarios Papazafiropoulos from St. Demetrios Cathedral in Astoria and Fr. Gerasimos.

Among those present were the Queens Chamber of Commerce President Thomas Grech, members of the We Love Whitestone Civic Association, representatives of the police, as well as members of the local community and non-profit organizations.

“We are excited to bring North Shore Farms to Whitestone and Queens. The Great Neck location is close but it does not compare to being in the heart of a vibrant community like Whitestone. We feel fortunate that we have community support and we will be here to serve everyone all the time,” said George Tsiatis, a spokesman for the company.

On Friday morning, the doors opened to welcome the first customers. The lucky first ten even received a $25 gift card.

Next Saturday, Maria Zoitas, known for her “Made by Maria” products at her family’s West Side Markets, will visit the new store for a signing event for her new cookbook entitled Made with Love.

Customers will have the opportunity to sample food and desserts as well as speak with the staff about the products.