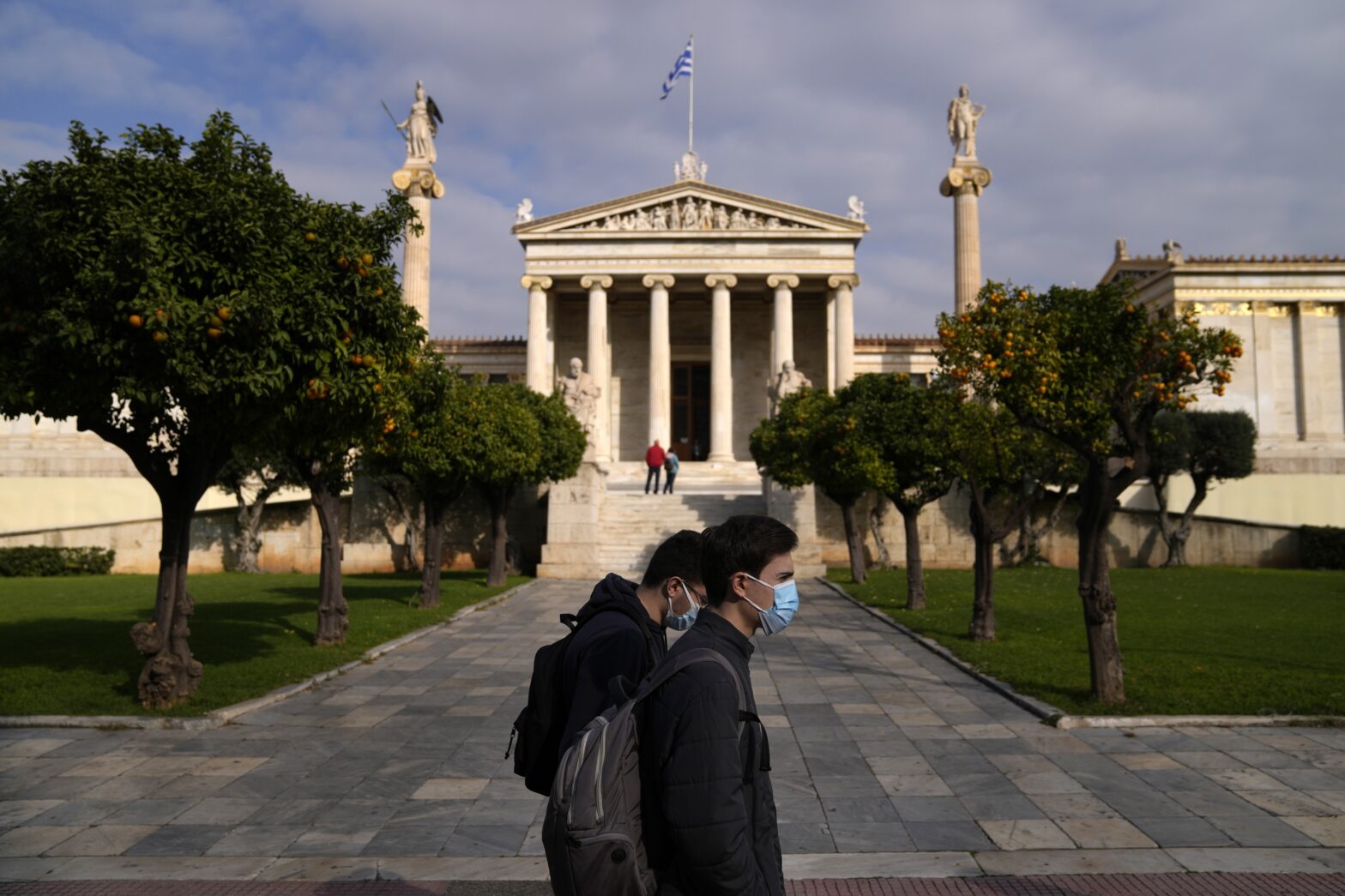 ATHENS – The deadly COVID-19 pandemic that has surged in Greece and the battle to convince skeptics to take the vaccine to save their lives has brought together a weird amalgam of opposing forces uniting in their opposition to health measures.

There’s rabid anti-vaxxers – some of whom think the Coronavirus itself is a hoax – who don’t believe the shots are safe or effective or are part of an international conspiracy to control their minds and alter their DNA.

There’s the elderly and churchgoers and some clerics who think it’s a devil’s brew and that not only do the vaccines not work – they do and have saved thousands of lives – but that people shouldn’t wear masks or stay at safe social distances from each other.

There’s the far left and the far right, locking arms against lockdowns or being locked out of most public gathering places as now is happening after the New Democracy government moved away from the idea of mandatory shots in favor of limiting where the unvaccinated can go.

In a feature, the site Euronews noted how those disparate elements have come together and that the use of fake vaccine certificates has proliferated to get around health restrictions, even as anti-vaxxers spread the virus.

Greece is in the midst of record-breaking numbers of cases, hospitalizations, people on ventilators in public hospital Intensive Care Units (ICUs) and deaths now surpassing 17,000 and passing 9,000 daily.

So worried is the government of Prime Minister Kyriakos Mitsotakis, who has focused his attention on an economic recovery, that private doctors who refused to help are being conscripted, although private clinics aren’t being used despite public hospital ICUs at 90 percent capacity.

The scare of the resurgence has sent enough people scurrying to get shots that the vaccination rate has hit a little more than 72 percent of the country’s population, the mark that health officials said was needed to slow the pandemic but it hasn’t happened.

The efficacy of shots six to eight months earlier or longer than that is wearing off and now the push is for booster shots at the same time the government is sticking with a persuasion campaign that largely failed.

That’s partially because, the story noted, that the rate of vaccinations varies wildly from region to region and anti-vaxxers had been allowed to mix with the vaccinated in many venues until now.

Only health care workers are required to be vaccinated, not even police – who enforce rules that don’t apply to them and government officials give mixed and changing messages about who can go where or what measures to follow.

Some 6 percent of health care workers who refused to be vaccinated have been suspended but other workers are exempt and the unvaccinated are still free to go into supermarkets without showing tests they aren’t infected.

NOT TAKING A SHOT

Nikos Konstandaras, a columnist for the newspaper Kathimerini, noted what Euronews called the “unexpected political bedfellows” of the far-right and far-right marching under the same ant-vaxxer banner.

“According to a poll done a few weeks ago, there were extremists on both sides of the political spectrum and they are the most militant in their opposition to vaccination especially because this is the milieu that produces conspiracy theories,” he explained.

There were wild and sometimes anti-vaxxer anti-measure demonstrations in Athens and the second-largest city of Thessaloniki, a symbol of defiance and noted the odd mixof protesters … “the political extreme right-wing, church people, Old Calendarists, crazy monks.”

Konstandaras saids that the church influence is strong because of its heavy public presence and its say on key matters in the country’s society and can sway governments and prime ministers.

The plan now is to limit access to cafes, restaurants, banks, and certain state services for those who are unvaccinated or do not have a negative coronavirus test or proof of recovery but resistance remains strong.

The newspaper and site To Vima claimed that more than 100,000 people have used bribes to get fake vaccination certificates although police so far have charged only 48 and there’s no verification of any numbers.

The paper also claimed that some anti-vaxxers have offered doctors bribes up to 400 euros ($450) to be injected with a placebo like bacteriostatic water instead of the vaccine and then to be given a certificate of proof but that doctors vaccinated them anyway.

To Vima journalist Vassilis Lambropoulos told Greek TV station Mega that, “There are clear indications from the ongoing investigations by the Greek police and the national transparency authority that the extent of the virtual vaccinations, the methods and attempts at tampering either with the tests or with the virtual vaccinations is much greater than we initially believed,” but offered no proof.

Lambropoulos said that To Vima identified about 30 areas in the country where “suspicious activities in vaccination centres are occurring”.

“There are doctors or nurses who took money to give sham vaccinations to anti-vaxxers” but then used a real vaccine to prevent them from being infected.

The Greek Ministry of Health told Euronews that, “The system has all the necessary safety valves and such incidents are limited,” and there haven’t been any widespread reports in mainstream media about mass fake vaccine certificates in use.

The Church supports the health measures and vaccines but said it doesn’t have the resources to check churchgoers at the door to insure they aren’t infected, posing another dilemma for the government that’s fighting the battle against the pandemic on a number of fronts, including its citizens.