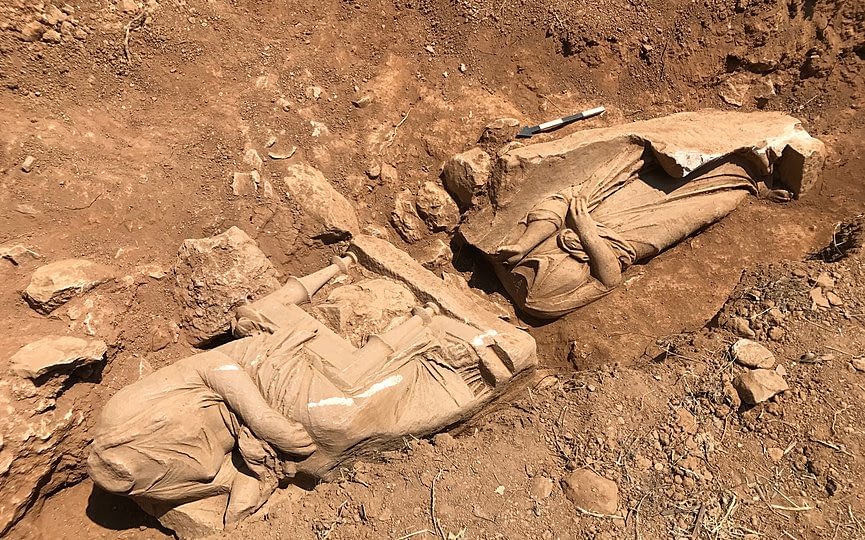 ΑΤΗΕΝS — Salvage excavations at a plot of land belonging to the city of Peania, in Eastern Attica, recently revealed a temple-like funerary monument of white marble with the figures of two women in relief.

The monument was set up at a cemetery of the ancient deme of Painia Kathyperthen (or Upper Peania), in land that will be used to build a new city hall, the Ministry of Culture said.

Broken into two sections, it is missing several parts but shows two life-size sculptures of women facing each other. On the right side, the dead woman – identified as such by her sitting position, a convention in ancient Greek art – is on an elaborate chair, with her legs resting on a low stool. She is wearing a transparent Ionian chiton and himation.

On the left, in front of the dead woman, stands her maid, supporting her hair with her left arm, another convention expressing sorrow. 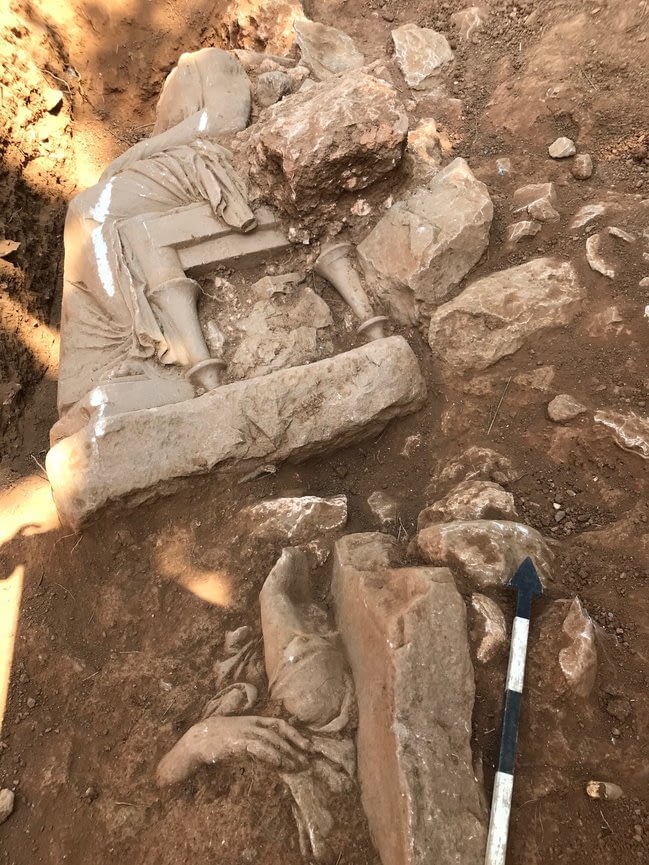 The theme is common in funerary reliefs of the 4th century BC, a prime example being the stele of Hegeso which was found at Keramikos cemetery and is now exhibited at the National Archaeological Museum, among other examples. The ministry said the monument dates to before 317 BC, when a law was introduced banned luxurious funerary monuments.

The sculptures were transferred to the Vravrona archaeological museum for conservation and housing, as the salvage operations continue. The plot of land contains artifacts of several eras.

WHANGANUI, New Zealand — Five years ago, the Whanganui River was recognized as a living person in a groundbreaking New Zealand law.

Culture
New This Week: “House of the Dragon,” Lakers Doc and Lovato
Culture
A Review of Hadestown: A Modern Mythological Musical