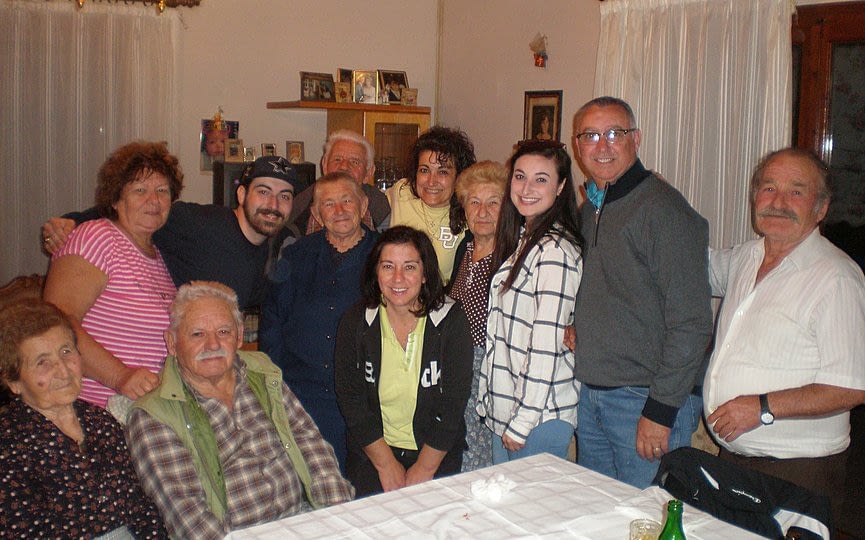 In 2017, Linda Carol Forrest Trotter from Tennessee, after a searching trip and after her adoptive parents had died, discovered her biological mother, in Nafpaktos. Since then she has not left Greece, which she has visited 27 times.

Shortly after reconnecting with her roots, Linda Trotter or Eftychia, the Greek name that was given to her, created the Eftyhia Project, a non-profit organization that would help adopted Greek-Americans to locate their biological parents and their roots but also parents to find their lost children.

The interview was done with a video call and while Eftychia was driving in Greece. "Every day I visit a city for the project. "And I can tell you, it’s true. Greek drivers are a bit dangerous," she joked.

"I have visited Greece 27 times since 2017. People ask me why I go so often. The truth is that since I was born and since I left Greece as an adopted baby I cannot stay away from this country. Greece is my blood. It is something deep inside me. I want to live the experience of my lost culture, my heritage, and my language. Above all, I want more than just a superficial relationship with my family. I want to see everything, to do everything, to know everything. So, I spend time with my cousins, I cook and eat Greek food, I take dance lessons with my aunt, I go for coffee by the sea – but I also drive next to the Greek drivers” she says jokingly. "The 27th time I arrived in Greece has no different from the first. My eyes filled with tears and my heart was pounding with joy. Do I feel more Greek? Definitely yes". 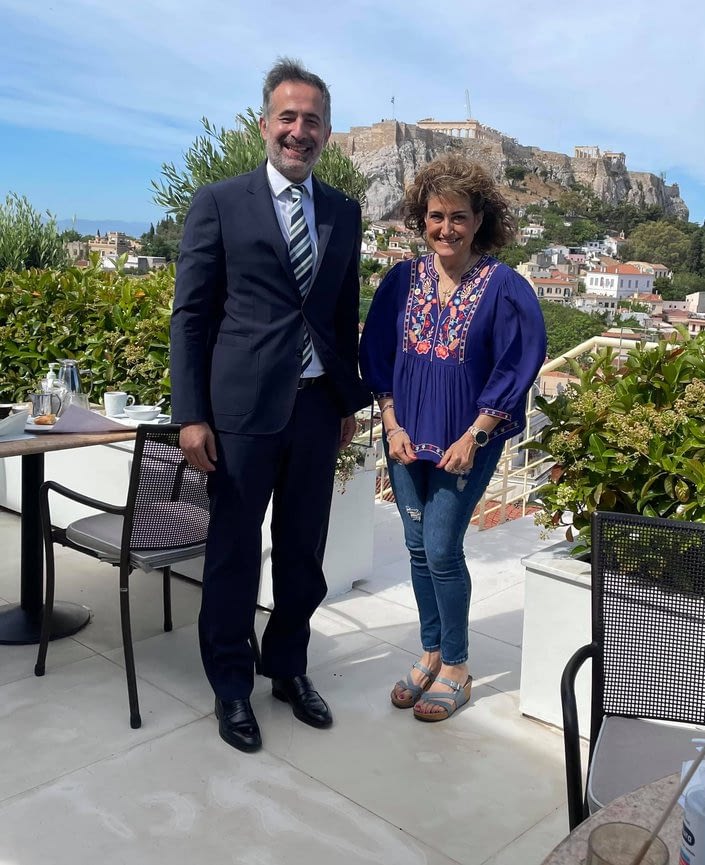 The idea of Eftyhia Project started when she began looking for her own parents, as she was adopted by an American family when she was still a baby.

In March 2019, in the interview she had given to TNH, the project was still in the works. "At that time, we were thinking of limiting it to Greeks adopted after the war, in the '50s and ‘60s. But then we expanded to all Greeks adopted of any date and any country. Many families approached us for help. "At the time, I thought I helped four or five people find their biological family. Now, it's four or five a week," Linda Trotter told TNH.

“Helping these people find their lost relatives is not an easy task. There is no formula; every case is different. So far, we have helped ten adoptees reconnect with their biological relatives. And to do this requires a combination of documents, conjunctures, and sometimes a little luck. That is, someone knows someone who knows someone who knows the family we are looking for. And of course, all this could not be done without the voluntary contribution of the people in Greece and America who help us.”

She told TNH, “the first reunion took place with a woman whose family was from Nafpaktos, the place where my biological family lives. Ironic! Her niece even went to school with one of my cousins while her sister lives four streets away from our house. It is a small Greek world really.”

Pitsa with her sisters found through a DNA test from the project. Left to right: Popi, Pitsa and Irini. (Photo: Courtesy of Linda Carol Forrest Trotter)

Recently, she said, “we helped a girl who promised her mother before she died that she would never stop looking for her mother's biological family in Thessaloniki. Now she is waiting to travel and meet her mother’s aunts and cousins. None of this would have happened without the help of the people from Greece who are assisting with the project”.

For those with few clues to their adoption, she said that, “last summer we started a program with DNA tests in an effort to find more Greeks in Greece. And this is because the Greeks are not used to taking these tests that we have here in America, while some do not have the money and afford to do them."

Eftyhia started with 12 tests she bought herself. One of them was the reason a woman found her sister. "This one was adopted in Thessaloniki. Finally, a third sister was found. They all lived 80 miles apart for almost seven decades. "Since then, people have been generously donating tests to our organization," she said.

Apart from the mission to reconnect lost families, the project also has an educational character. In collaboration with the Alexandria Institute in Athens, every day there is a post with a Greek word or phrase in order for the adopted children of Greek origin to come closer to their mother language.

The organization has a list of goals for 2021 that focus on specific values. "We believe that knowing their roots and their biological parents is a basic right of all adoptees. There must also be transparency from the Greek government and institutions, organizations, and orphanages [and they must] have access to birth records and other documents related to their adoption. We also believe that all Greeks who have been adopted have the right to Greek citizenship. And while all of this should be a given, it is not. Many adoptions during the war were made with irregularities and many were illegal. "Orphanage directors, lawyers, doctors, nurses, and even some priests took part in sending these children abroad while the intermediaries filled their pockets with money."

Denise is the first adoptee to find her family through the Eftychia Project. Left to right: Her niece Mary, Denise, her sister Eleni, and niece Hara. (Photo: Courtesy of Linda Carol Forrest Trotter)

Last month, Eftychia launched an adoption initiative by the adoptees, with the Greek government acknowledging their concerns. She said, "we do not seek to accuse anyone, nor do we seek any monetary compensation. But many Greeks adopted from America feel some hostility to the Greek government's failure in the past to respond to their calls for adequate help when looking for their families in Greece.”

Following a post about the adopters' initiative, a supporter of the Project brought Eftychia in contact with the member of the Greek Parliament, Stathis Konstantinidis, who expressed his interest in the adoptions and the citizenship of those born in Greece and found abroad.

"He told us that there is no doubt that these people deserve to get citizenship while he mentioned that he has already sent a letter to Prime Minister Kyriakos Mitsotakis to support the project. We are grateful for his support and look forward to working further with him. We have also sent letters to AHEPA, to the Greek embassy in the United States, to Archbishop Elpidophoros, while we have also created a resolution on change.org titled Justice for Greek-Born Adoptees Now.

Eftychia is also learning Greek, which she says is the most difficult language. "I can read, write, and understand Greek better than speaking it. And that's because I can't think fast about what I want to say. Then I'm afraid of my grammar too. But I practice every day since I receive many messages and phone calls from Greece from people who do not know English. The truth is that I communicate better with strangers and when there are no English-speaking people around, I have to speak Greek. I think that when I reach 80% knowledge of the language I will speak fluently."

She herself has traveled to many parts of Greece the last four years, but when I asked which places she likes more, she does not even have to think about it. "My beloved Nafpaktos with its cute port. This is my home in Greece."

Anyone who wants to help or has information about adopted Greeks in America can send a message here: theeftychiaproject@gmail.com.