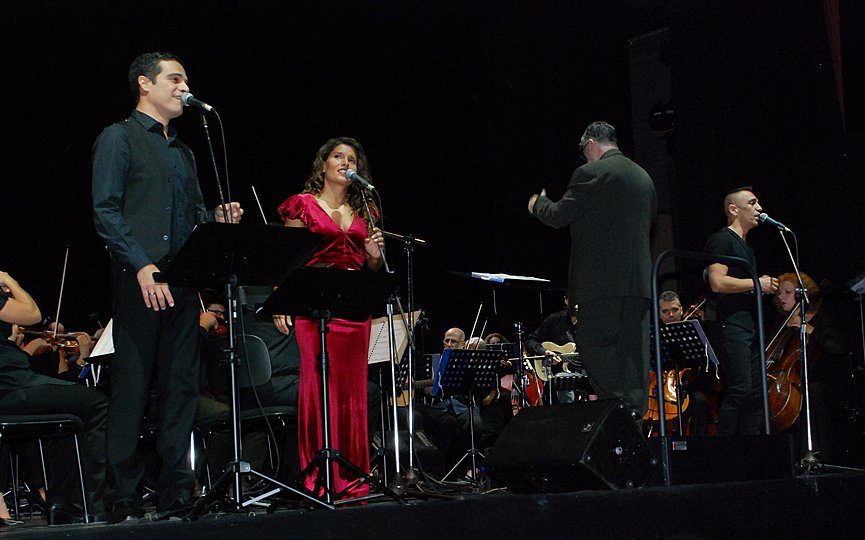 ATHENS – Eleftherios Kalkanis, Music Director of the Symphony Orchestra of the Municipality of Athens guided with his baton and Betty Harlafti led with her silken voice and charm, singing, introducing her fellow musicians, welcoming the audience, and inviting them to participate during a magical evening of Symphonic Rebetiko in Athens on November 7.

The Olympia City Music Theatre – Maria Callas Hall was packed. The orchestra, both balconies, and all the boxes were filled with people thrilled to hear the songs that formed soundtrack of their lives performed with a unique sound and format.

The full symphony orchestra, joined of course by the obligatory bouzouki, introduced new textures and timbres to the experience of their beloved ‘Greek Blues’, evoking heretofore unfelt emotions and highlighting others. The orchestrations of the evening’s pianist, Giannis Belonis – the concert was born of his labor of love and initiative – revealed even more of the depths and brilliance of the well-known composers of Greece’s beloved songs. Poignant strings, witty clarinets, rambunctious brass, and punctuating percussion – xylophones, marimba, and a variety of drums – mixed new spices into the delicious rebetiko recipe.

Along with Harlafti, Spiros Klissas, Giorgos and Alexandros Pantelias – from the rock band Κιτρινα Ποδιλατα (Yellow Bicycles) – enriched the evening, singing solo, in duet, and en bloc. The audience happily heeded Harlafti’s gracious commands, singing and clapping along with the music – and then applauding wildly in appreciation of the artists who transported them back into their youth.

While some may have generated a different song list, many rebetiko favorites were featured, including

The intermission was followed by a wonderful medley of the first half’s songs – plus brief strains of Misirlou, foreshadowing that internationally renowned song’s appearance later in the program.

Harlafti spoke briefly about the heritage and artistry of rebetiko, noting that in 2017 it was added to UNESCO’s Representative List of the Intangible Cultural Heritage of Humanity.

During the intermission some members of the audience enjoyed the permanent exhibit of photos and memorabilia of Maria Callas, for whom the theater was renamed. The photos from throughout her life and the costumes and documents illustrating her transcendent career are a marvelous tribute to La Divina.

The great soprano was among the first international personalities – which included the man at the heart of her star-crossed great affair, Aristotle Onassis – who first made immigrants and their children around the world proud to say they were Greeks.

The Olympia, known as the Lyriki when it was the home of the National Opera of Greece before it moved to its magnificent new home at the Stavros Niarchos Foundation Cultural Center, presents a variety of substantial and enjoyable performances throughout the year. While its lobby is welcoming and pleasant, the auditorium itself could use some TLC and modest redesign and rebuilding; perhaps Diaspora Greeks from places like Callas’s beloved New York, where she was born, may take an interest.

LOS ANGELES — Authorities searched the home of rocker Marilyn Manson on Monday after allegations of physical and sexual abuse by several women. 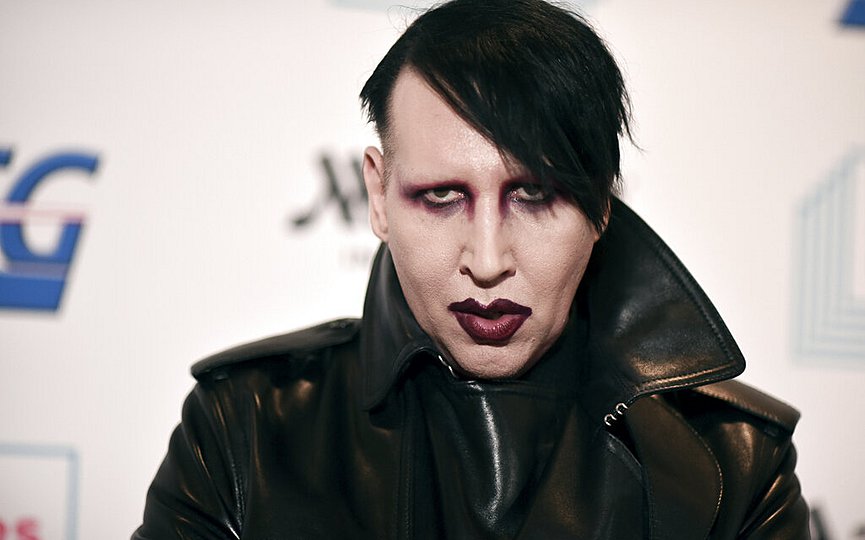 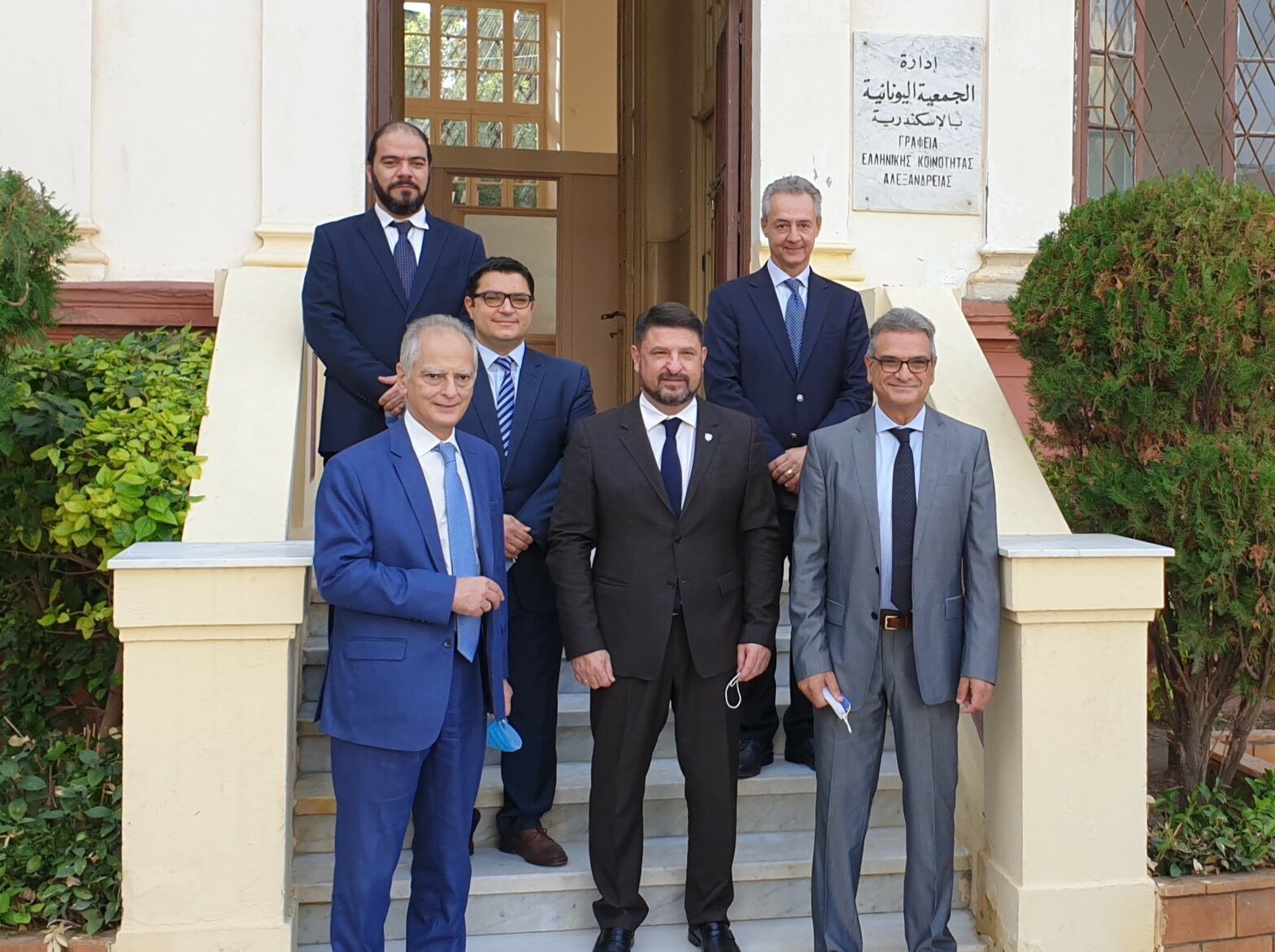 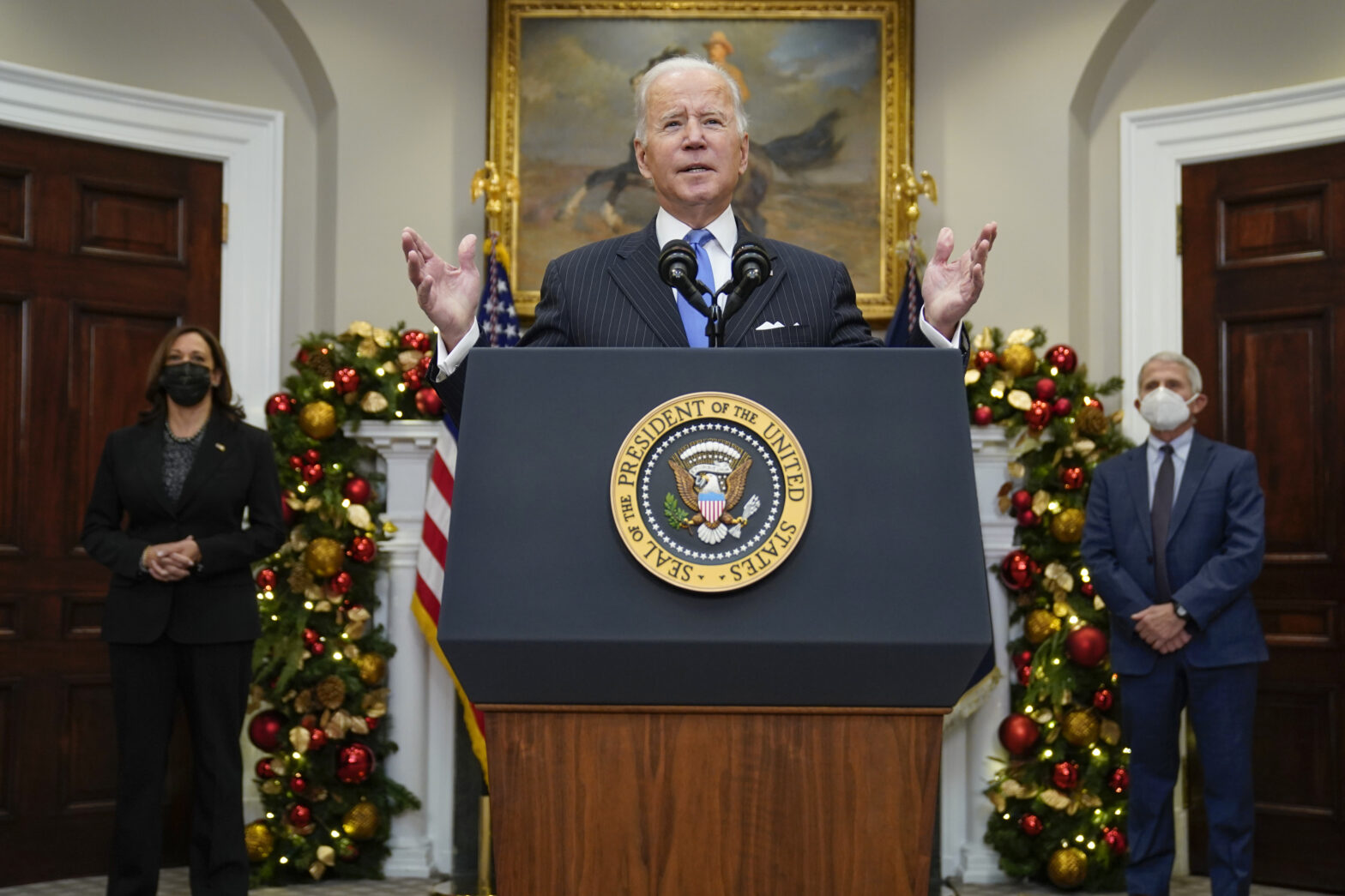