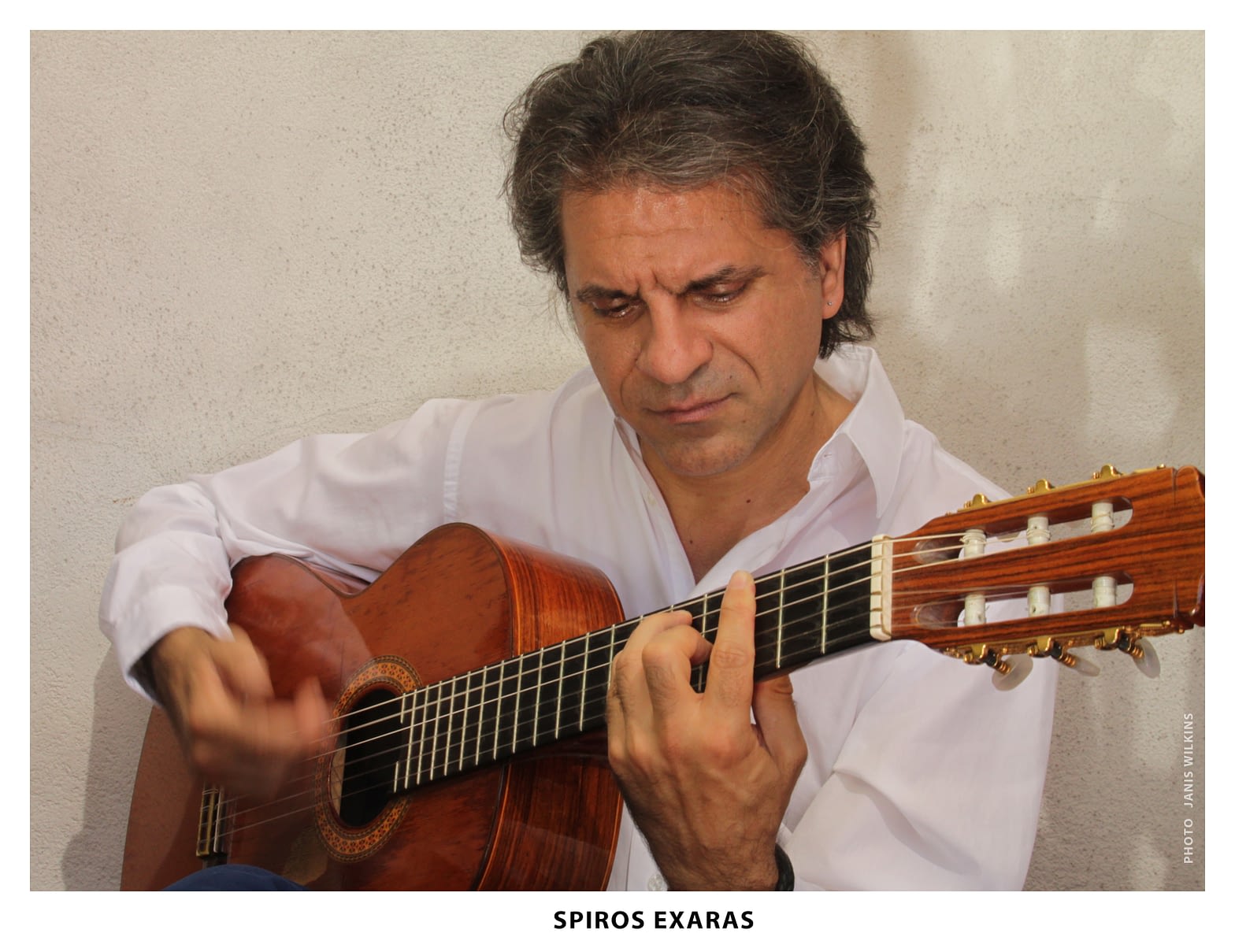 NEW YORK – The talented guitarist/composer Spiros Exaras took time out of his busy schedule to speak with The National Herald about his music, what inspires him, and about possible Grammy nominations for his work.

Two of his projects are being considered for the 60th Grammy Awards- the album Stis Paralies Tou Feggariou (On the Shores of the Moon), which is a Greek-Jazz-Classical project and based on poetry of a legendary Greek poet/writer, Iakovos Kambanellis, for Album of the Year, Producer of the Year – Spiros Exaras, Best Arrangement Instrumental and Vocals – Kouklitses Apo To Pagkrati, and Best Engineer Album Non Classical; and Nostos an instrumental composition that was included on Ethereal, a CD by Canadian Brass’ trombonist Achilles Liarmakopoulos, is in the ballots for Best Instrumental Composition and Record of the Year.

The CD Ethereal, which includes Nostos is also in the ballots for Album of the Year, Best Engineer Album Non Classical, and Best Arrangement Instrumental Or A Cappella – Trombonsillo.

Exaras told TNH that this is the 4th consecutive year that his work has been up for consideration for the Grammy awards and it is very exciting and even to be considered for a nomination is an achievement, noting that it is very difficult to get past each round leading up to a Grammy nomination. He added that they will find out in December if the work has made it through.

Born in Thessaloniki and raised in Athens from when he was six months old, Exaras told TNH that his mother was from Patras and father from Serres. When asked what inspires his music, Exaras said he finds inspiration everywhere, it could be an animal, a flower, society, problems in the world. He added that the refugee crisis in Greece has also inspired his music and, of course, the poetry of Kambanellis for the latest album On the Shores of the Moon.

On Sunday, November 5, a CD release party was held at the Cutting Room in New York City for On the Shores of the Moon (Stis Paralies Tou Feggariou) which features the poetry of Iakovos Kambanellis and music by Exaras with international vocalist and recording artist Lina Orfanos, her 7-member Poetica Ensemble, and stage and screen star Stratos Tzortzoglou as well as a special appearance by trombonist Achilles Liarmakopoulos.

The talented artists delighted the audience with the concert which featured songs by Mikis Theodorakis and Manos Hatzidakis as well as the new songs from the album. The fusion of styles, Greek-jazz-classical, creates a beautiful musical journey within the songs, so skillfully written by Exaras and with the profound lyrics of Kambanellis.

As Exaras told TNH and Orfanos also noted during the concert, ten unpublished poems had been found by Kambanellis’ daughter on her late father’s desk and having met Orfanos, she wanted her to have the poems. Orfanos recommended Exaras as a composer and he started with three songs, sent them, and in a short time ten songs had been written.

Orfanos also sang in Hebrew a song by Theodorakis with lyrics by Kambanellis about a man searching for his lost love in the concentration camps based on Kambanellis’ personal experience as a prisoner in Mauthausen in Austria.

Tzortzoglou performed with Orfanos and when she introduced him as a “superstar” he corrected her noting that he is a “god,” explaining that he had in fact played Dionysus in The Bacchae and so could indeed be called a god. He recounted how Exaras had asked him to participate in the concert and when he heard that it would be with Orfanos and her “majestic voice” he declined. When he heard it would be reading poetry by Kambanellis, Tzortzoglou said yes, “because I love him.”

Kambanellis, who passed away in 2011 at age 89, is perhaps best known as a screenwriter of many films including the famous Stella (1955) directed by Michael Cacoyannis, and Tzotzoglou had been approached to play Miltos in a revival but turned down the role because it was so well-known. Kambanellis is also widely considered the father of modern Greek theatre.

On the Shores of the Moon (Stis Paralies Tou Feggariou) is available online. 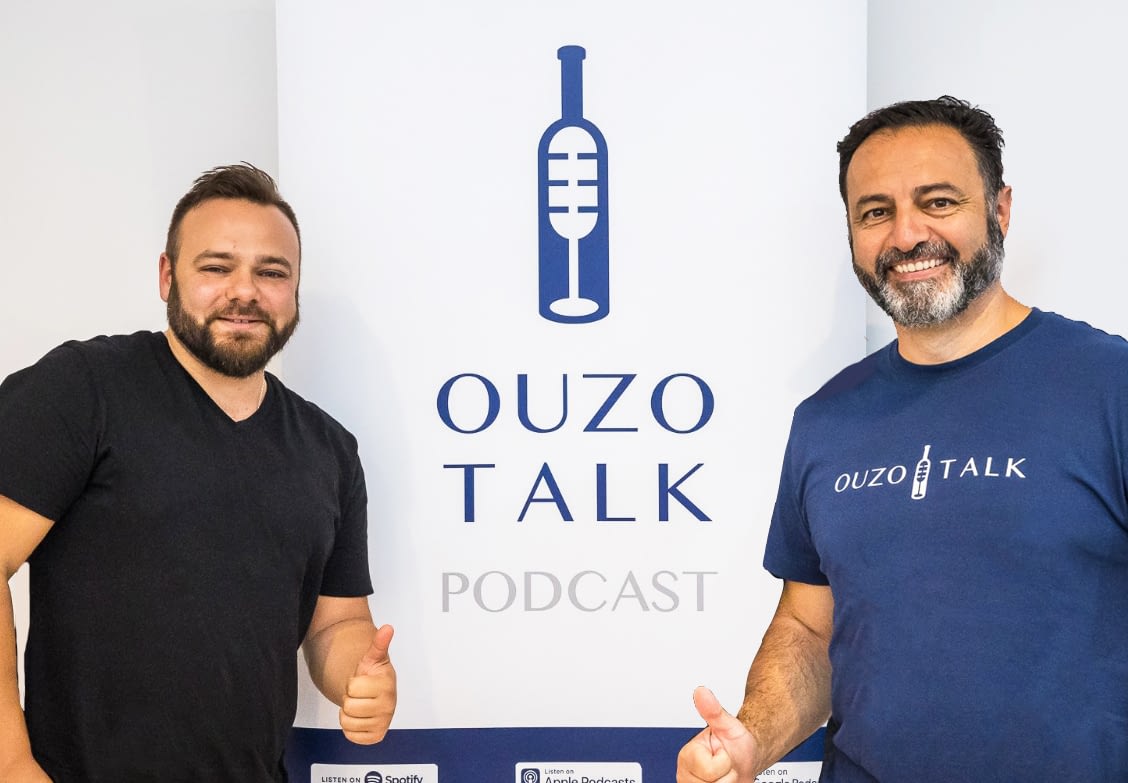