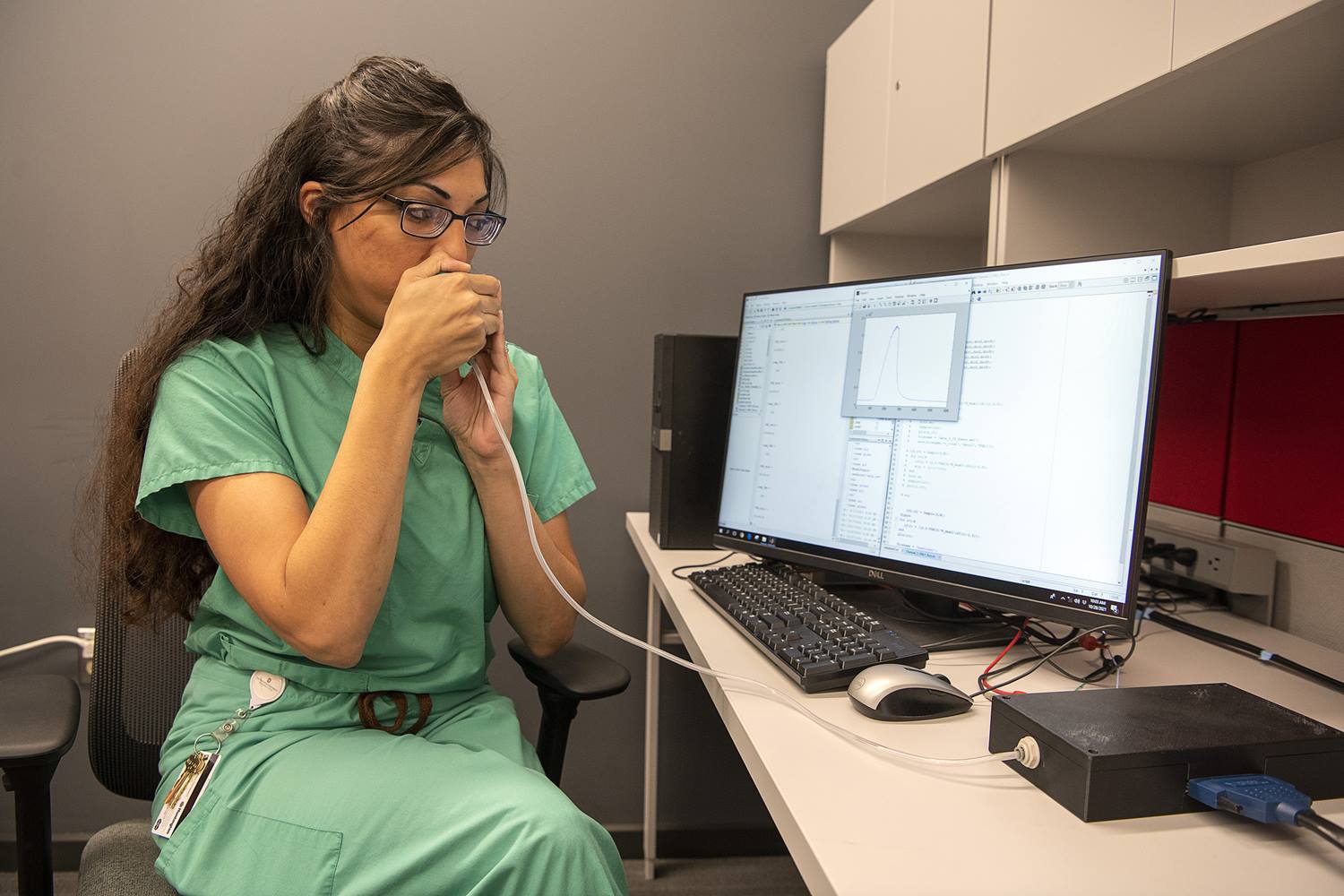 COLUMBUS, OH – Researchers at the Ohio State University Wexner Medical Center have created a breathalyzer test for COVID-19, WOSU 89.7 NPR News reported, adding that “the test identifies the disease within 15 seconds” while “the standard PCR test can take days.”

“You have a test that is extremely rapid, it seems to be very reliable, and it performs better than PCR, [which] in most cases has between 78 and 90% accuracy,” Dr. Gouma told WOSU. “We had 88% in the ICU.”

Gouma, who was born and raised in Greece, noted that “the device is used similarly to breath tests for alcohol,” WOSU reported.

“The technology is similar; it’s been used similarly to an alcohol breathalyzer,” Gouma told WOSU. “Someone exhales into a mouthpiece, and then you get an answer whether someone, in that case, is intoxicated or not; in our case, someone has COVID or not.”

“The device would allow people to quickly test themselves rather than going to a testing center, which Gouma said would benefit everyone from travelers to students,” WOSU reported.

“Imagine in every school or every retail store, sports stadium, any place, athletics venue or restaurant, if the individual has this tool they can just [test themselves] just before going there, just before meeting relatives, and they know if they are well or not,” Gouma told WOSU. “That’s the potential of this technology.”

“Results from the initial ICU study were published Thursday [October 28] in the medical journal PLOS ONE,” WOSU reported, adding that “the OSU researchers have applied for FDA emergency use authorization and hope the breathalyzer will be made available for purchase over the counter.”

“Gouma added that in addition to the breath test providing better accuracy than the PCR test, it can also detect COVID-19 at an earlier stage, as well as allow COVID-19 patients to know more precisely when they are no longer infected,” WOSU reported.

“And number two, we know when the end of the disease is, whereas the PCR test shows positive for a long time. And also, we are able to detect early disease,” Gouma told WOSU.

“Researchers utilizing the breath test were able to identify COVID-19 in patients by observing how the virus reacts with oxygen, nitric oxide, and ammonia in a person’s body, according to a press release from the Wexner Medical Center,” WOSU reported.

“When I was growing up in Greece, I dreamed of becoming a scientist, moving to America, traveling the world, and learning how to play the violin,” Gouma said on the OSU website. “I accomplished the first three goals. My son is learning how to play the violin, which makes me happy. I have worked hard in my life to realize my dreams, and I always try to keep the faith when things do not go my way. My motto is ‘never give up.’”