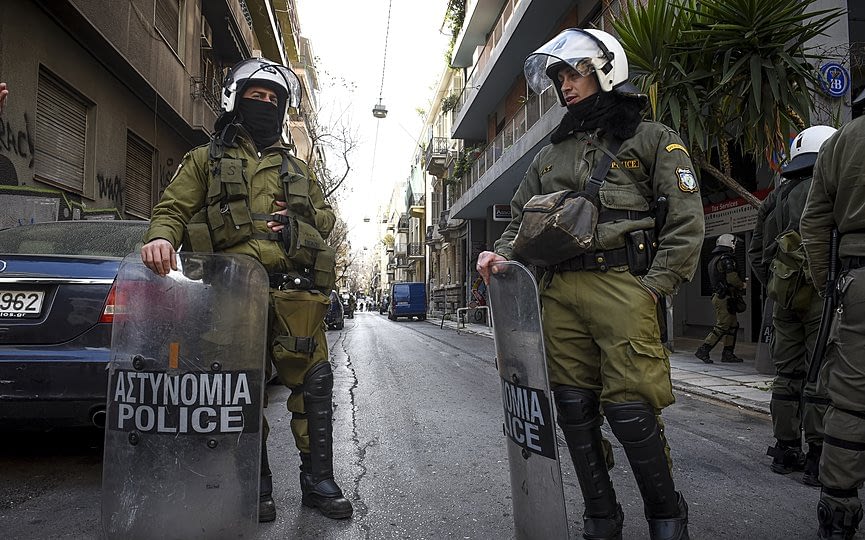 ATHENS – Stepping up raids in the anarchist dominated Athens neighborhood of Exarchia, groups of Greek police went on on Jan. 10 in a further crackdown aimed at rooting out lawlessness and violence that had been going on.

Dozens of police from different departments went in, said Kathimerini, concentrating on the heart of Exarchia, the second operation in as many days in an area where they had previously emptied squatters, rousting people living in buildings unlawfully.

“These operations will be a regular things in order to drastically deal with crime but also to strengthen citizens’ sense of safety,” the Hellenic Police (ELAS) said, with the New Democracy government moving into an area where the former ruling Radical Left SYRIZA, the Conservatives said, had condoned violence and lawbreaking.

On Jan. 9, three people in the neighborhood were arrested on drug charges, a fourth for trying to break into a car and a fifth for selling counterfeit CD’s, officials said. Police were also using drones to identify perpetrators, said the paper.

The area is a stronghold for Rouvikonas anarchist group that under SYRIZA ran amok, targeting a number of embassies, businesses, political party offices and even getting onto the grounds of the Parliament and the Defense Ministry before New Democracy took over in July, 2019