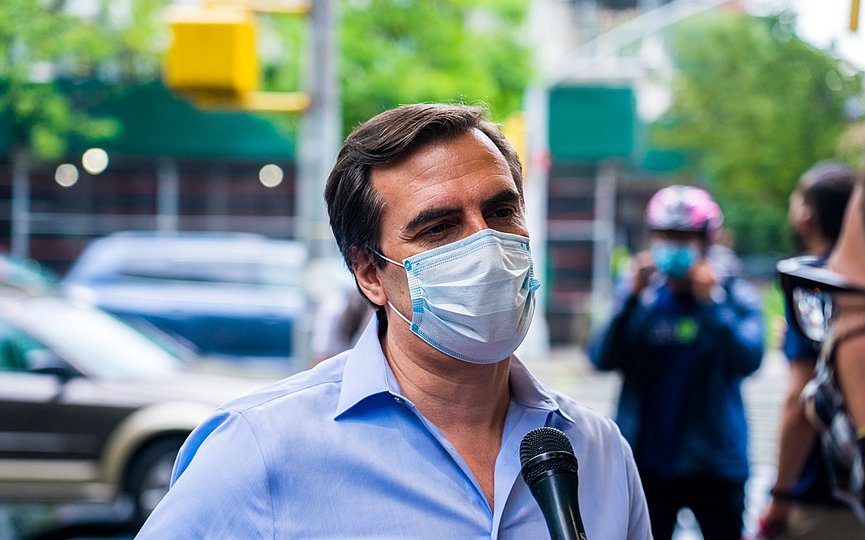 NEW YORK – On November 13, Senate Deputy Leader Michael Gianaris and Senate Judiciary Committee Chair Brad Hoylman sent a letter signed by many of their colleagues to Governor Kathy Hochul urging her to choose a nominee to fill the forthcoming Court of Appeals vacancy with experience representing those traditionally disempowered in our legal system. Senator Gianaris and Senator Hoylman are specifically advocating for the choice of Timothy Murphy or Corey Stoughton.

“Court of Appeals judges must be defined by a lifetime of legal excellence, but that cannot be limited to people in just a few, select fields,” said Senate Deputy Leader Michael Gianaris. “For the Court to reflect the values of our entire state, its jurists should represent that excellence in different areas of the law and a commitment to serving others. I am grateful to the Commission for including recommendations such as these and urge Governor Hochul to think creatively about the professional lives and lived experiences of the person she nominates to New York’s top court.”

Senator Brad Hoylman, Chair of the Senate Judiciary Committee, said: “It’s crucial we diversify the New York Court of Appeals with qualified individuals who understand the needs of the most vulnerable New Yorkers, such as public defenders or those who’ve represented clients historically disadvantaged by the legal system. Two applicants for the upcoming vacancy on the New York State Court of Appeals selected by the Commission on Judicial Nomination share this background, Timothy Murphy and Corey Stoughton. I join Senator Gianaris and my colleagues in respectfully urging Governor Hochul to consider nominating one of these candidates to fill this important seat on New York’s highest court.”

“New York’s judicial bench is stacked with former prosecutors, and I’ve seen firsthand in my tours of our jails and prisons what kind of results that has yielded. This short-list has the promise of getting a public defender – someone who has done the thankless work of advocating for and representing some of the most vulnerable among us – onto the Court of Appeals. I join my colleagues in urging Governor Hochul to use her nominating power to make a bold and progressive choice for our highest court,” said Senator Jessica Ramos.

In October, both Senator Gianaris and Senator Hoylman had written to the Commission on Judicial Nominations – which vets and recommends potential candidates to the Governor for appointment – urging the body to recommend potential nominees with a background in civil rights, immigration, or public defense to increase the ideological diversity of the Court of Appeals. Recent nominees to the Court of Appeals have included prosecutors, corporate litigators, and people who have served as judges in lower courts.

The Senators are throwing their support behind two of the Commission’s recommended nominees: Timothy Murphy, Assistant Federal Public Defender in the Appeals Unit of the Federal Public Defender’s Office for the Western District of New York; and Corey Stoughton, Attorney-in-Charge, Special Litigation and Law Reform, The Legal Aid Society.

Court of Appeals judges serve 14-year terms when nominated by the Governor and confirmed by the State Senate. Interested candidates apply to the Commission, which then vets applications, and presents the Governor with a list of qualified potential nominees for him or her to choose from.