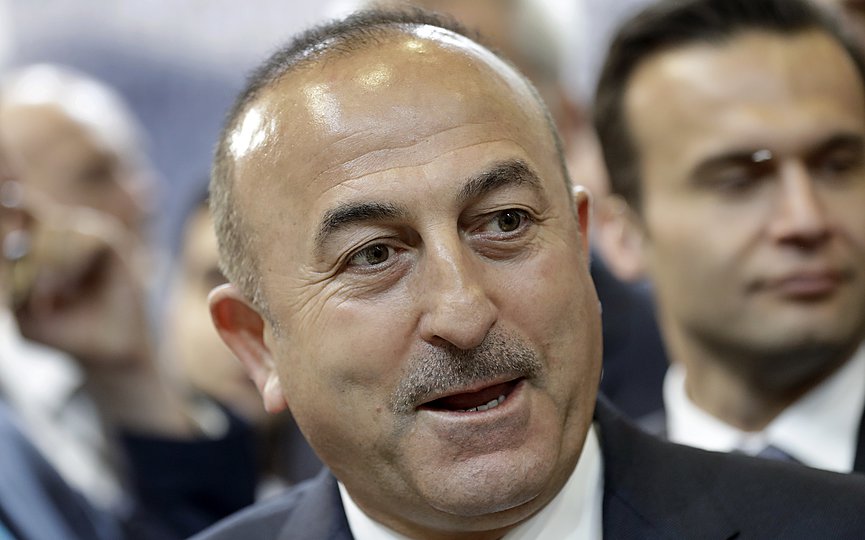 Even if a deal Greece made with the Former Yugoslav Republic of Macedonia (FYROM) changes is approved and changes the name to North Macedonia, Turkey said it will still it as Macedonia, in a taunt as tensions rise in the Aegean and Eastern Mediterranean.

The agreement also would lift Greek vetoes keeping its neighbor out of NATO and opening European Union accession talks and Turkey said it’s looking forward to having “Macedonia,” join the defense alliance “without further delay.”

“We have strong ties with Macedonia that go back many centuries, ties that are strong regardless of political relations. I would like to stress that our political relations are excellent these days,” Turkish Foreign Minister Mevlut Cavusoglu was quoted by Greek media as saying in translated comments at a joint press conference in Ankara following a meeting with his FYROM counterpart, Nikola Dimitrov.

“Turkey recognizes Macedonia by its constitutional name,” Cavusoglu also added, but without further clarification. Some 140 countries already call FYROM as Macedonia, one of the reasons anti-nationalist Greek Prime Minister and Radical Left SYRIZA leader Alexis Tsipras was why he wanted to add a geographical qualifier to differentiate the country from the ancient, abutting Greek province of Macedonia.

Cavusoglu said that stability in FYROM is crucial to stability in the Balkans, where Turkey enjoys “very good relations” with Albania, Serbia, Bosnia-Herzegovina and Montenegro.

“Turkey attaches a lot of importance to stability in the region and provides support for its economic growth,” he said.