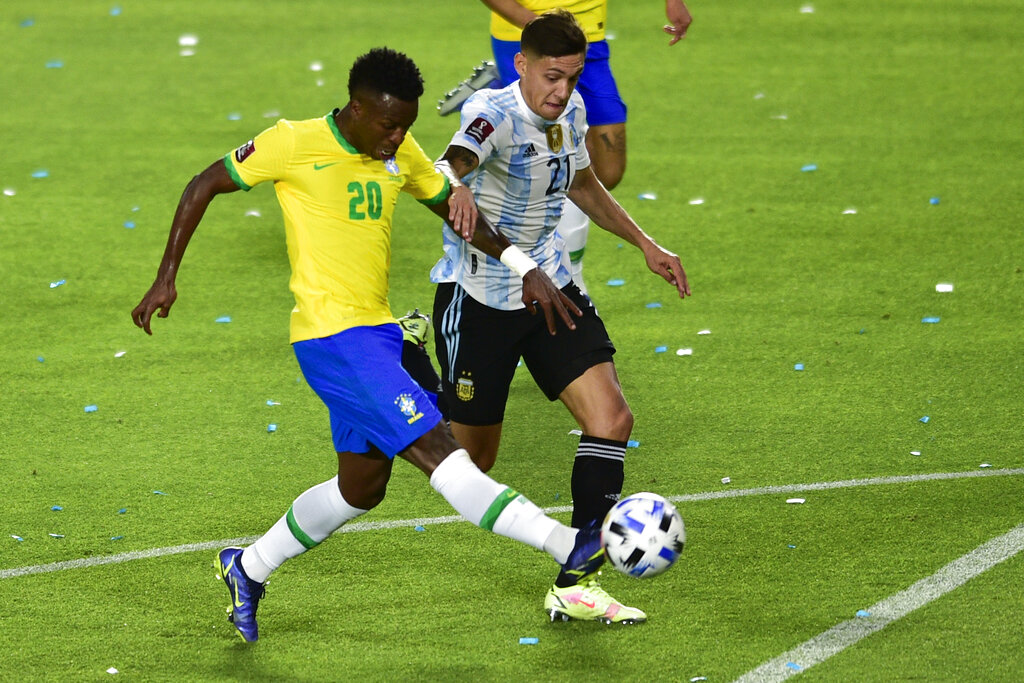 SAO PAULO — Brazil and Argentina have already secured their direct spots at next year’s World Cup, but are approaching Qatar very differently.

Brazil has tested — and will continue to test — several players for nearly all positions, even Neymar’s, while dominated the South American qualifying competition.

Coach Tite is trying to find variations that make his team less predictable against top rivals, as many critics say happened in the 2018 World Cup quarterfinal elimination against Belgium.

Argentina coach Lionel Scaloni is giving confidence to a group of frequent starters who helped Lionel Messi win the Copa America in July. The Argentines are hoping players like Rodrigo de Paul, Leandro Paredes and Giovani Lo Celso will bring the support 34-year-old Messi needs to lead them to a World Cup title.

Both approaches have been working. Argentina held Brazil to a 0-0 draw at home on Tuesday and secured its spot in Qatar when Chile lost 2-0 to third-place Ecuador. Brazil had already taken the first of South America’s four direct entries for the World Cup.

Tite has been experimenting with different combinations since losing the Copa America final to Argentina at the Maracana Stadium. Though much celebrated by the Argentines, as it should be, it had little impact on the Seleção as a whole. But it weighed heavily on individuals.

That was the case of left-back Renan Lodi, defensive midfielder Douglas Luiz and striker Everton, whose absences opened room for other players. Since qualifying rounds in September, Brazil has found potential new starters and also reliable players to add to the depth of its squad.

Winger Raphinha and defender Eder Militão appear to finish the year as key players, replacing Richarlison and Thiago Silva. Midfielder Fabinho proved to be a contender for when Casemiro is out. Striker Vinicius Jr showed a Neymar-esque flair in the 0-0 draw with Argentina, when he replaced the injured star.

Tite has also found new options such as Antony and Matheus Cunha, who have shown the stamina to be in the group if needed.

Richarlison, Brazil’s top goal scorer in the gold medal run at the Tokyo Olympics, and Roberto Firmino, until recently one of team’s regular starters, are now waiting for another chance. Gabriel Jesus, who has been benched, appears to be next.

In September, Tite said the World Cup qualifying campaign “allows us to give more openings.”

“In 2018, we couldn’t do it because we needed to get stronger and qualify. Now our campaign allows us to give more opportunities to more athletes.”

He hasn’t backtracked since, even against rival Argentina.

His rival Lionel Scaloni, who will coach for the first time in a World Cup, has made Argentinians believe again that they can win their third World Cup title. And it is not merely because of Lionel Messi. Scaloni has brought in a new force with De Paul, Paredes and Lo Celso to allow the team’s star to do what he does best; score goals and create opportunities.

Under Scaloni, Argentina has not lost a match since the 2019 Copa America semifinal against Brazil. Since then, Argentina ended its 28-year title drought against its South American rival at the Maracana and has advanced through World Cup qualifying comfortably.

The Copa America title has also given Scaloni key players that are rarely substituted — much differently from the instability the team experienced in recent years.

De Paul, a box-to-box player, has given Argentina a second fiddle that fans can trust. His midfield peer Lo Celso has created five big opportunities per match in qualifiers, one more than Messi and De Paul. And striker Lautaro Martinez has shared the role of scoring goals and creating opportunities with Messi; so far he scored five and provided three assists.

Scaloni has also found new players for its defense. Goalkeeper Emiliano “Dibu” Martinez was little known at home when he first played for Argentina earlier this year. Now, much thanks to his provocative ways and penalty saving skills, he is a national hero.

Defender Cristian Romero was also relatively unknown among Argentina fans before he got his big break this year.

All those are certain to be with Argentina in Qatar if they are fit.

“We have to play always the same,” Scaloni said last month when asked about his formula for success. “For me it is not worth it if a player of mine plays in a certain way against Venezuela and in a different way against Brazil.”

The real difference between the great rivals might really only be measured one year from now. 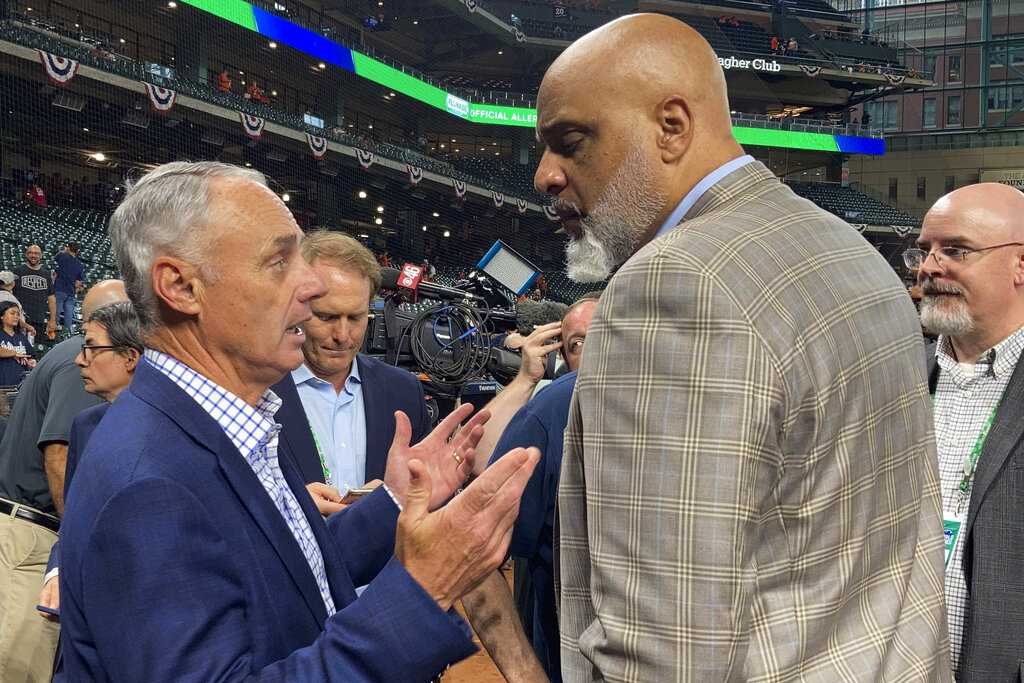