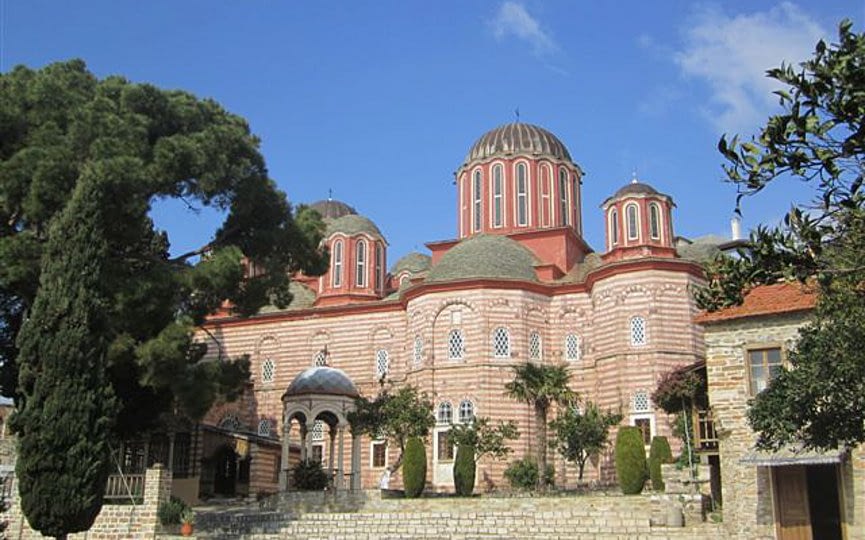 The monastic community of Mount Athos, revered as the Garden of the Virgin Mary, has long been recognized as the heart of Eastern Orthodox spirituality. This pan-Orthodox sanctuary has been inhabited by monks since the 4th century. For more than a thousand years, it has been a place of refuge from an unstable, tumultuous, and materialistic world. Today more than ever its Byzantine-era monasteries, its ancient footpaths through stately old forests, and the elders who carry on the ancient tradition of offering counsel, insight, and blessing to all comers, are a critically important spiritual resource. In the present world, Mount Athos remains a sacred space where time slows down, paced by bells, church services and times of prayer.  Now a recognized as a World Heritage Site, The Holy Mountain draws pilgrims, Orthodox and others, from all over the world, seeking spiritual regeneration and rediscovery of lost communion with the divine.

Even this refuge is not immune from the problems of our world, however. The Athonite fathers of today are confronting worsening threats of forest fire and violent storms, the Greek fiscal crisis, and the current pandemic, all while bearing their responsibility for preservation of an Orthodox heritage of iconographic art, manuscripts, and monastic buildings. The Athonite Community depends upon the faithful and upon world governments in their efforts to protect and preserve this sanctuary.

In 1990, the Friends of Mount Athos (FoMA) was organized in the United Kingdom to support the well-being of the Athonite monasteries. It quickly began welcoming American members. The Society is known worldwide today, both for its services in support of the Holy Mountain and its programs supporting pilgrimage – its yearly expeditions to maintain the ancient footpaths, its superb maps for guiding pilgrims on those paths, and its Pilgrims’ Guide for planning pilgrimages.

Returning from a pilgrimage in 2014, a Greek American sought to make a donation as a way to give something back in appreciation and thanks for the spiritual renewal he had experienced there. The process was neither easy, nor tax-deductible. Returning two years later, he was approached by the monk in charge of administration for one of the monasteries. Their discussion turned to the looming financial challenges facing the monasteries as a result of the economic crisis in Greece.

This conversation inspired him to meet with FoMA’s American Membership Secretary, where he learned that an effort was under way to establish a 501(c)(3) foundation.  That meeting turned out to be the final catalyst needed to launch an American initiative – The Mount Athos Foundation of America. MAFA was incorporated in 2016 and received its 501(c)(3) tax-exempt status from the IRS in 2018.

MAFA’s mission is to promote an understanding of, and provide benefit to, the monastic community of Mount Athos on several fronts: Heritage – restoration and preservation of historic monuments and artifacts; Understanding – fostering knowledge and appreciation for the monastic communities, and; Operations – aiding the 20 monasteries and their dependencies in times of need to sustain monastic life.

To carry out its mission, MAFA works cooperatively with the Athonite Community and The Mount Athos Center in Thessaloniki, Greece, as well as with organizations and foundations in the United States and abroad that share similar interests. MAFA is now actively soliciting tax-deductible donations.

MAFA’s executive committee have an ambitious plan: to build an endowment that would enable MAFA to be a steady and reliable support for the Holy Mountain in times of need, like the recent economic crisis in Greece, times when normal sources of funding are depleted or unavailable. But in the course of the Foundation’s first two years, before they could even begin the task of endowment-building, one critical need arose after another. The fledgling foundation found itself raising funds to respond to these critical needs.

In just two years, MAFA has been able to provide financial support toward:

In September, MAFA will be launching its first annual fund drive, culminating in MAFA’s Patronal festival on November 21st, the celebration of the Presentation of the Virgin in the Temple.

This Feast Day commemorates how Mary committed herself totally to God as a young child as she was brought to the Temple in Jerusalem to remain there to be prepared for her role as the Bearer of God (Theotokos) – foreshadowing how a monk/nun leaves the world to commit himself/herself to monastic life.

MAFA plans to use these funds both to meet immediate needs in the year ahead and to start building the endowment that will provide for reliable, sustained support for the Holy Mountain in the future.  MAFA encourages all who share an appreciation for the Holy Mountain to get involved by joining the Friends of Mount Athos (athosfriends.org/joining-foma/) and by learning more about the Mount Athos Foundation of America and its mission. Additional information can be found on www.mountathosfoundation.org.

BOSTON – Metropolitan Antonios of Glyfada, Hellinikon, Voula, Vouliagmeni and Vari, whose jurisdiction includes the Church of Panagia Faneromeni in which Archbishop Elpidophoros performed the baptism of the children of the Greek-American same sex couple Evangelos Bousis and Peter Dundas, on July 9, spoke in an exclusive interview with TNH about what transpired. 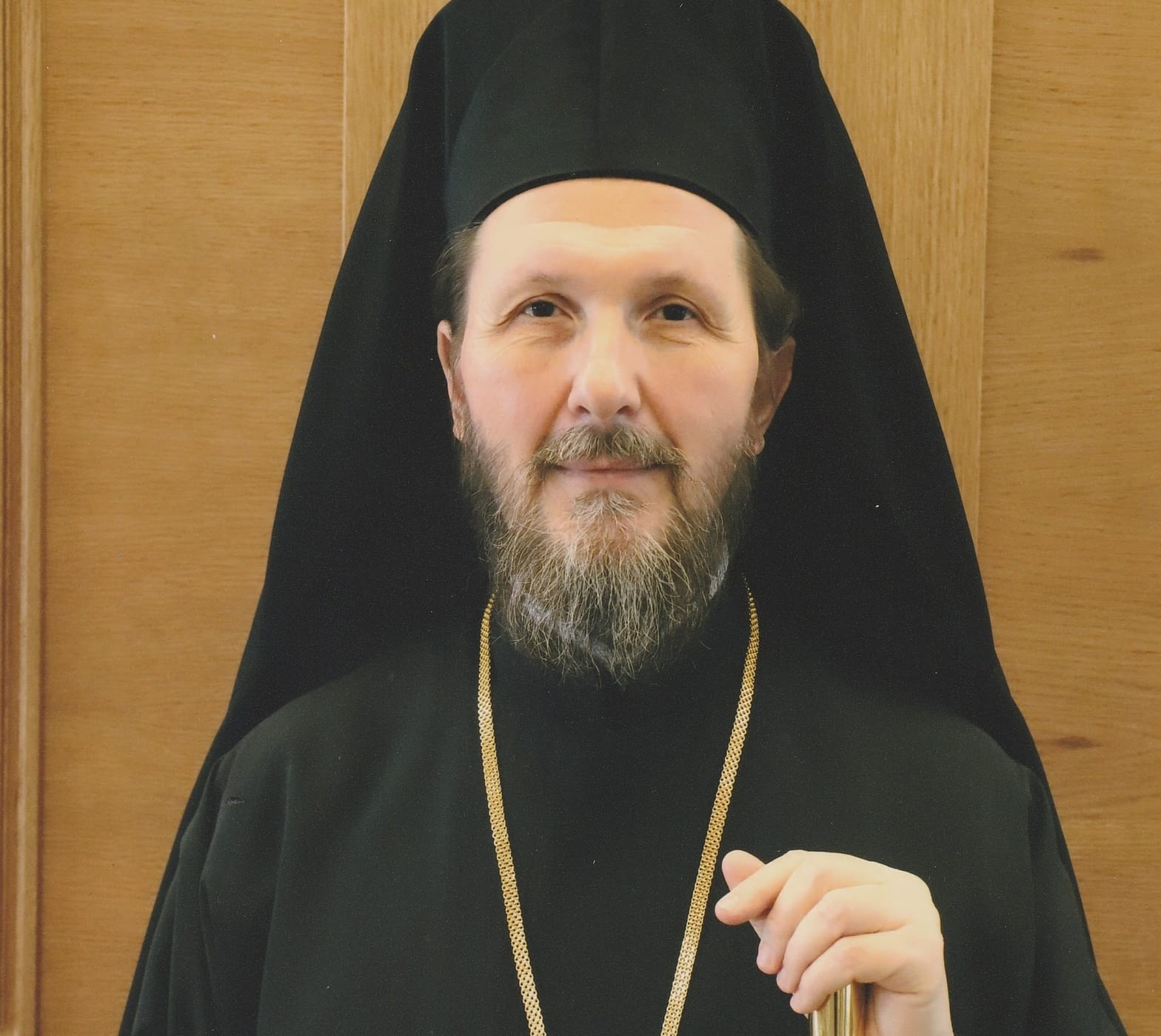