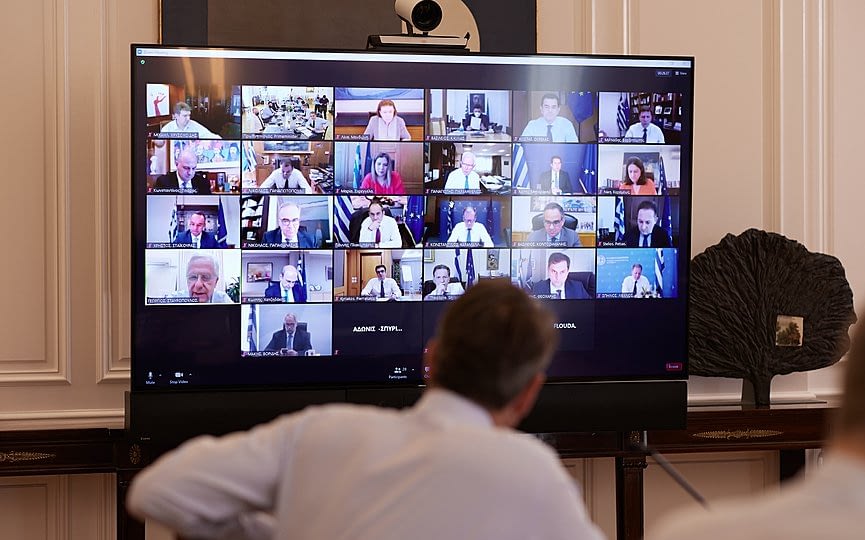 ATHENS — Two main points were raised by Prime Minsiter Kyriakos Mitsotakis on Monday, in his opening speech to an ongoing online Cabinet meeting.

He noted that Greece will join the first group of countries that activate the European digital COVID Certificate on Tuesday, which he said was "a statement of our readiness for a safer and freer summer" and secondly that the government will shortly issue a proclamation for the hiring of staff for the Protection Teams in universities.

He congratulated all those who had helped to turn an idea first presented by the Greek government a few months ago into a reality and noted that Greece is on the first line of this important digital tool.

"I believe that in combination with the acceleration of the vaccinations and the steady drop in cases and new admissions to hospitals we have every reason to be optimistic about how things will go in the summer".

On the protection of the universities, he said that the establishment of these groups, always in collaboration with the administrations of the Universities, was a government pledge, which will become reality without further delay.