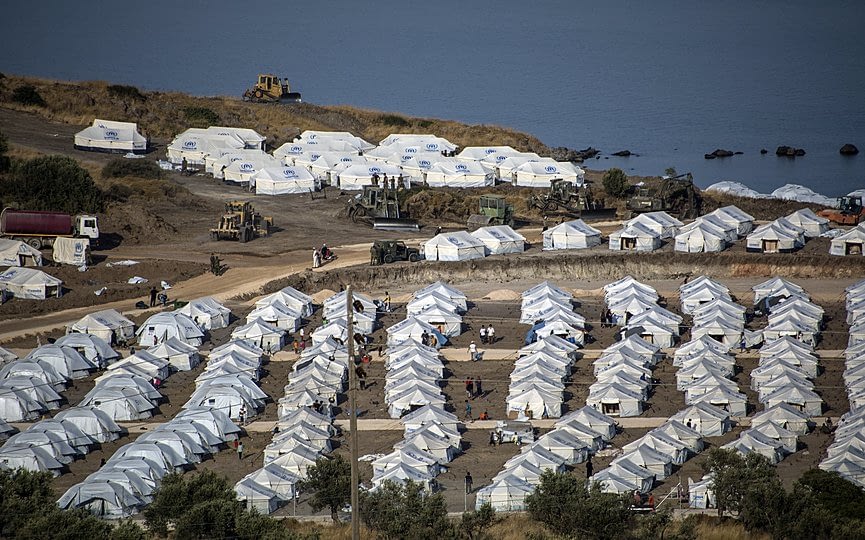 ATHENS — Migration and Asylum Minister Notis Mitarachi on Friday referred to the problems caused by Thursday's downpour at the new hosting facility for refugees and migrants at Kara Tepe in Mytilene.

As he noted, "yesterday's heavy and prolonged rain for many hours was the reason for:

The accumulation of stagnant water in three out of a total of 15 demarcated areas of the facility as well as the flooding of 80 of the 1,100 tents that exist, today, within it."

"Obviously a temporary structure that was built in a few days will face problems. Problems, however, which are being immediately addressed," he added.

According to circles at the ministry of migration and asylum, "the services of the ministry operating in the field, in collaboration with civil society volunteers, have already proceeded to:

Transfer the residents of the flooded tents to other areas.

Restore or remove the approximately 80 tents that were affected, as 2,500 residents have already left the temporary structure and an additional 1,300 will leave for relocation abroad.

Distribute waterproof covers in order to protect the roofs of the tents.

Indicate the locations where drainage works will be focused.

SYRIZA's Bournous: An autumn rain was enough to sink Kara Tepe into the mud

Main opposition SYRIZA-Progressive Alliance MP and alternate head for the party on foreign affairs issues, Yiannis Bournous, on Friday accused the current government of an "obsessive refusal to decongest the islands of the Eastern Aegean" and denounced the rapid deterioration of living conditions at the temporary migrant and refugees hosting facility at Kara Tepe on Lesvos, following Thursday's rain.

"An autumn shower on the island was enough to sink the new centre at Kara Tepe, which houses 7,500 asylum seekers, into the mud," Bournous said in his statement, asserting that Migration and Asylum Minister Notis Mitarachi had ignored all warnings that the specific site was unsuitable for a camp, in addition to involving outrageous violations of environmental law.

"Their obsessions are sinking into the mud, taking with them the lives of thousands of people," he added, noting that the government had also ignored the accumulated experience at the ministry itself on how camps should be set up so they don't become mired in mud the first time it rains.