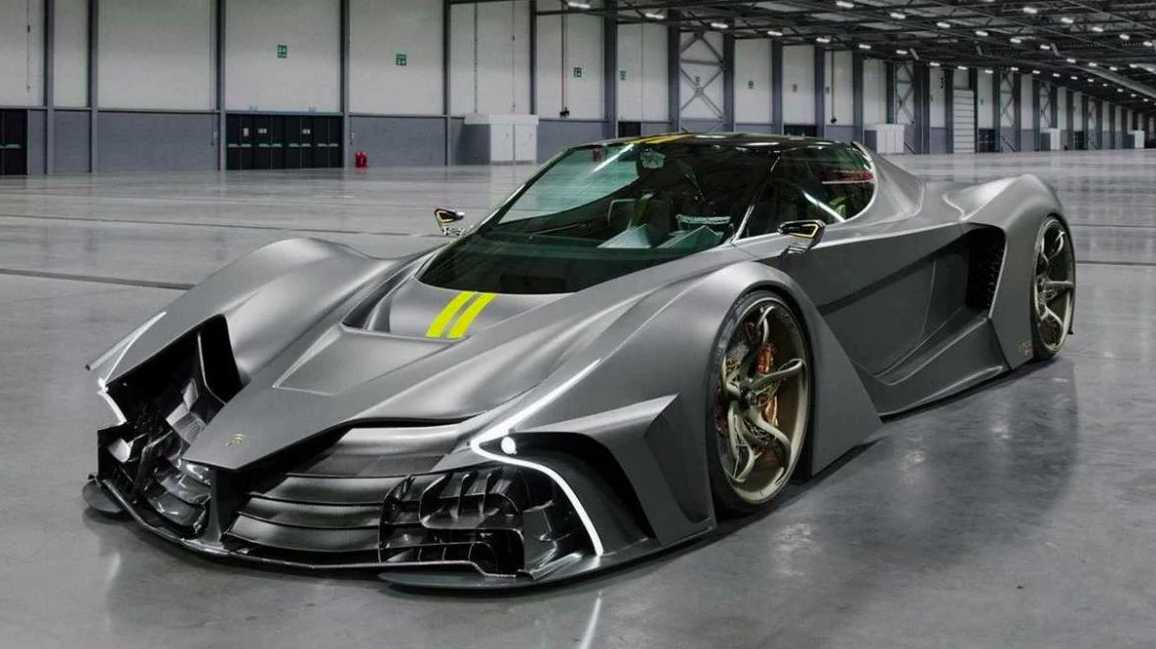 ATHENS – A Greek company, SP Automotive has claimed it has the world’s first and fastest Ultra Car named Chaos, which can from 0-60 miles per hour in 1.5 seconds, blowing away Corvette Stingrays, Bugattis and the Swedish Koenigsegg Gemera, which can do it in 1.9 seconds.

It will also cost you $14.4 million, compared to the Gemera’s $1.7 million and is drawing awe, and skepticism, from the world’s car reviewers who wonder if it’s real or credible.

Company owner Spyros Panopoulos said it is, and on his website hailed the revolutionary design that makes the Batmobile look like a Chevy Corvair, using gushing terms.

“Words cannot describe the emotions and the adrenaline rush that this masterpiece of technology elicits in its driver. It is not just a car, it is the epitome of the future, the next step in automotive evolution, a work of art, a masterpiece,” the site said.

“It is the first Ultra car proudly made in Greece, the country where culture originated, and the future is born,” it added, making America’s 1970’s Muscle Cars seem like 97-pound weaklings in comparison.

Reviews said it has 3,065 horsepower, enough to take you around a Roman Coliseum a lot faster than the chariot Charlton Heston used in Ben-Hur.

One site, Luxury Launches, said the Chaos will come in two versions, citing SP Automotive, a base vehicle called Earth Version at a comparatively docile 2,048 horsepower with a twin-turbocharged 4.0-liter V10 engine.

“The engine that will redline at 10000rpm will produce 1025 lb-ft of torque in this trim. The motor is designed and developed in-house, with billet aluminum or 3D-printed Magnesium alloy engine block,” the report said.

The Zero Gravity version has an unrestricted V10 engine that’s so powerful you might have to worry about lifting off like an airplane or use it only at the Bonneville Salt Flats instead of the streets.

The automaker also said it can do a quarter-mile run in 7.5 seconds, powered by the super engine in a chassis that looks more like a Formula 1 race car and that it has a top speed of 500 kilometers (311 miles per hour), some 30 percent faster than F1 or Indy Race cars on tracks.

The Greek manufacturer claims the Chaos will feature “the best aerodynamic design ever applied to a car” with construction using 3D printing and exotic materials.

SP Automotive said it wants to produce a limited number of 20 units, which can be further bumped to 100 units according to demand depending on how many of the uber rich want an ultra car to show off.

The site Car Scoops was more skeptical and noted that auto journalists are questioning the claims “and even the existence of the project itself.”

For those who don’t speak Greek and call the vehicle the K-OS, it’s actually almost pronounced for what it claims to be: CAR-OS. Take it away.