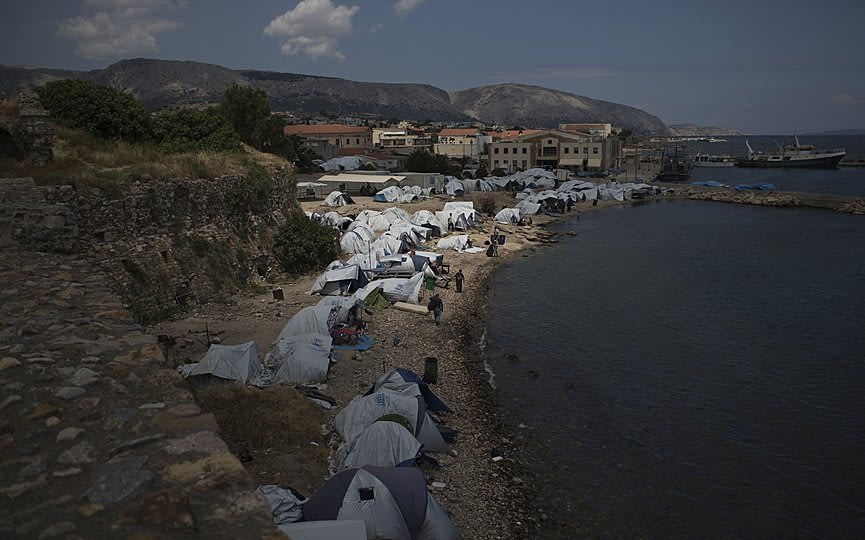 As spring closes in and Greece is enjoying warm weather, more than 500 refugees and migrants landed on already overrun islands off near Turkey’s coast with the government still struggling with an overwhelming number of asylum applications.

That came from March 10-13 after a two-week slowdown in what had been a continuing regular trickle of new arrivals as people fleeing war and strife in the Middle East, and renewed bombing of civil areas in Syria, keep trying to find a home in Europe.

They first go to Turkey, which lets human traffickers operate even during a suspended swap deal with the European Union, which has closed its borders to them and reneged on promises to help relieve Greece of an an overload of more than 64,000 including nearly 15,000 on islands where many have been stuck for two years.

They are packed in detention centers and camps where even volunteers and NGO’s trying to help can’t cope and as human rights groups complain the facilities are overcrowded and unfit for humans in some instances.

Greek authorities blamed Turkey as tensions between the countries have arched up with near-confrontations in the Aegean and the detention of two Greek soldiers who accidentally strayed across the border during a storm while on patrol in an area of northern Greece which refugees and migrants also use.

One Greek official whose name was not given told Kathimerini that Turkey, which has taken back only a relative handful of those not deemed eligible for asylum, is playing games with the swap deal and continuing to send refugees and migrants in smaller dispatches.

“But they always make sure not to overdo it so they can claim they are honoring the joint EU-Turkey agreement,” the official said, referring to a deal signed between Brussels and Ankara in March 2016 to curb human smuggling.

The two-week drop in arrivals eased the pressure on facilities, as did the transfer of migrants to camps on the mainland, but some camps, especially on the major island of Lesbos, are already far over capacity and there are worries the closer it gets to spring and summer the more refugees and migrants will be willing to make the short but often perilous crossing from Turkey, with hundreds having died in the last few years.