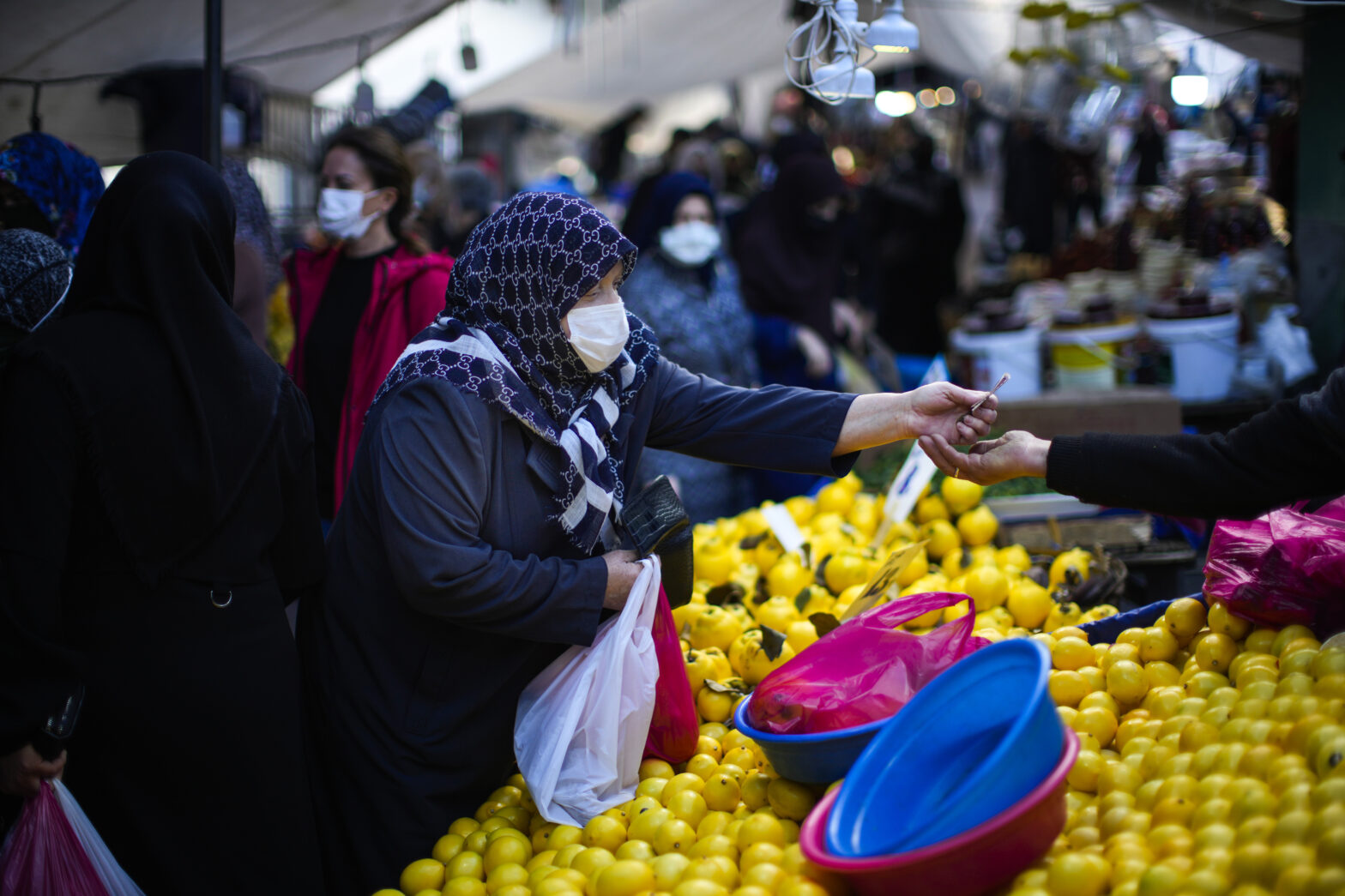 ISTANBUL — Market-stand owner Kadriye Dogru makes do with stale, sesame-covered bagels, known as simit, for lunch these days. The widowed mother of two says she goes without lunch so she can put food on the table for her family later in the day.

The money that the 59-year-old earns by selling sweatpants and other garments at Istanbul’s Ortakcilar market no longer lasts, and she is struggling to buy food, let alone anything else.

“I had never experienced such a deplorable life. I go to sleep, I wake up and the prices have gone up. I bought a 5-litre can of (cooking) oil, it was 40 lira. I went back, it was 80 lira,” she said. “We don’t deserve this as a nation.”

Many people in Turkey are facing increased hardship as prices of food and other goods have soared. While rising consumer prices are affecting countries worldwide as they bounce back from the coronavirus pandemic, economists say Turkey’s eye-popping inflation has been exacerbated by economic mismanagement, concerns over the country’s financial reserves and President Recep Tayyip Erdogan’s push to cut interest rates.

He claims lower borrowing costs will boost growth, though economists say just the opposite is the way to tame soaring prices. The Turkish lira has been tumbling to record lows against the U.S. dollar as the country’s central bank has slashed interest rates, fueling concerns about its independence.

Caught in the middle are everyday Turks trying to make ends meet.

“Everything is so expensive, I cannot buy anything,” Suheyla Poyraz said as she browsed food stalls at the Ortakcilar market in Istanbul’s Eyupsultan district.

The 57-year-old homemaker has voted for Erdogan’s party and called on the government to act to end inflation.

“If you are the government and if we are voting for you to put things right, why aren’t you intervening? Why aren’t you stopping the rising prices?” Poyraz said.

High inflation has been hurting the popularity ratings of Erdogan, whose early years in power were marked by a strong economy. Opinion surveys indicate that an alliance of opposition parties that have formed a bloc against Erdogan’s ruling party and its nationalist allies are fast narrowing the gap.

The Turkish government says inflation rose nearly 20% in October compared with a year earlier, but the independent Inflation Research Group, made up of academics and former government officials, put it close to a stunning 50%. In comparison, U.S. prices rose about 6% from a year ago — the most since 1990 — and inflation in the 19 European Union countries that use the euro exceeded 4%, the highest in 13 years.

Turkey’s currency, as a result, hit an all-time low of 10 against the U.S. dollar last week and has lost some 25% of its value since the start of the year. That is driving prices higher, making imports, fuel and everyday goods more expensive. While some argue that a weaker lira makes Turkish exporters more competitive in the global economy, much of Turkey’s industry relies on imported raw materials.

Erdogan has raised concerns about his influence over monetary policy, appointing four central bank governors since 2019 and firing bankers who are said to have resisted lowering interest rates. The bank has increased rates by 3 percentage points since September and will release its latest decision Thursday.

In contrast, central banks in other pandemic-hit countries have been raising rates or considering doing so in the months ahead as backups at ports and factories, labor shortages and soaring energy costs have pushed up prices.

Foreign investors have been dumping Turkish assets, and Turks have been converting their savings to foreign currencies and gold.

She estimates more than half of the population “is struggling in terms of income.”

Erdogan, meanwhile, insists that the economy is strong and that the country is emerging from the pandemic in better shape than others.

“Shelves in Europe are empty, they are empty in the United States. Praise to God, we are continuing with plentitude and abundance,” he has said.

His government has blamed exorbitant food prices on supermarket chains and ordered an investigation that has resulted in fines. He also has ordered agricultural cooperatives to open a thousand new shops across the country in a bid to keep food prices low.

Earlier, he accused a group of students who slept outdoors in parks to protest high housing and dormitory prices of “terrorism.” Meanwhile, rents have skyrocketed and prices for home sales, mostly pegged on the dollar, are increasing.

In a bid to alleviate suffering, Labor and Social Security Minister Vedat Bilgin said this month that the government was working to adjust the minimum wage to protect workers against rising prices.

“We are working to remove the issue of minimum wage from the agenda — I can already say that it will provide a relief,” he said.

“The inflation and low income and uneven income distribution will have more side effects in 2022 and 2023 if the government continues to insist on low interest rates, loose monetary policy and election preparations,” Sengul said.

Musa Timur, who owns a grocery store in Istanbul, said rising prices make it hard for him to replace products.

“Any product that we sell — we cannot get them in at the same prices,” he said.

He said his customers are no longer able to afford a variety of food and mostly buy bread, pasta and eggs.