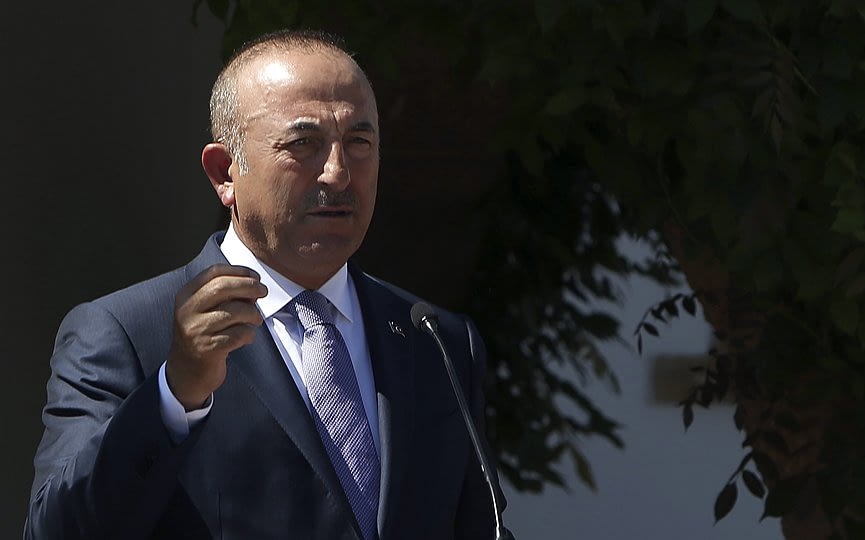 Turkish Foreign Minister Mevlut Cavusoglu condemned Greece for what he said was the failure to uphold the rights of the Muslim minority in Western Thrace and barring them from calling themselves “Turks,” as they live in Greece.

Referring to a decision by the European Court of Human Rights ordering Turkey to release Kurdish opposition politician Selahattin Demirtas from prison, Cavusoglu told CNN Turk that Greece has also failed to comply with verdicts by the court concerning minority rights.

He tore into the European Union’s policy chief, Federica Mogherini, for being “out of line” after she criticized Turkey at a joint meeting for jailing journalists, academics and her criticism of Turkey over the detention of journalists, academics and Demirtas as President Recep Tayyip Erdogan ordered a purge after a failed coup attempt in July 2016 during which he narrowly missed being assassinated.

“You had to see their faces during our meeting when I challenged them and asked, ‘Why are you so silent when it comes to Greece’s noncompliance,’” Cavusoglu said.

That came almost a year after Erdogan’s visit to Greece which was wrapped up with a visit to the Turkish minority in Greece where he was cheered by them. He accused Greece of historic discrimination against the minority, asserting that the per capita income of the ethnic Turkish community was more than 80 percent lower than that of other Greek citizens.