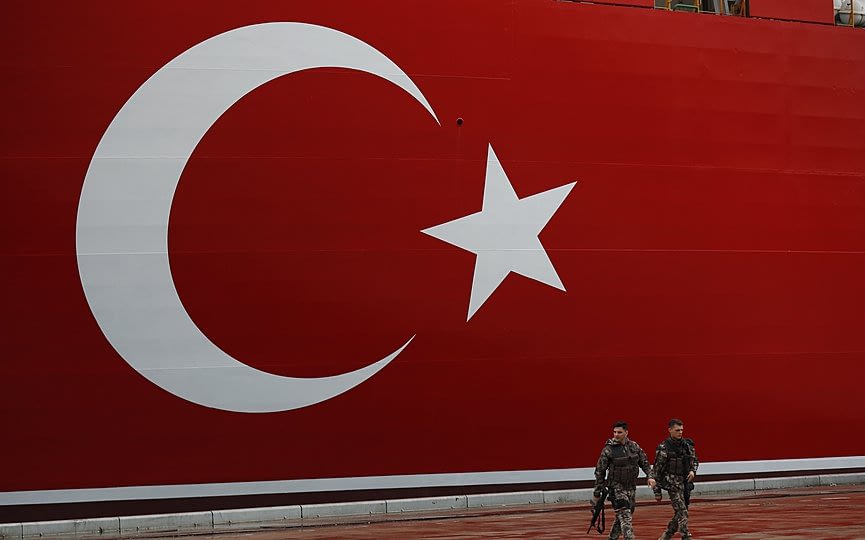 Already drilling for energy in Cypriot waters, Turkey plans to start exploring for oil further in the East Mediterranean as well as off Crete under a deal it signed with Libya dividing the seas between them, an agreement unrecognized by the rest of the world.

That could begin within three to four months, Energy Minister Fatih Donmez said over the continued protests of Cyprus, Greece, Israel and the European Union, which has issued only soft sanctions so far, reluctant to take on President Recep Tayyip Erdogan.

Libya’s internationally-recognized Government of National Accord (GNA) – not accepted by Greece – signed the maritime delimitation deal last year. Turkey says it creates an Exclusive Economic Zone from its southern coast to Libya’s northeast coast, protects rights to resources, citing the United Nations Law of the Sea it doesn't accept.

The deal is part of an agreement under which Turkey gives military support to the GNA, which has battled rebel forces based in eastern Libya for more than a year.

Speaking at a ceremony to mark the launch of Turkey’s Fatih oil-and-gas drilling ship to the Black Sea, Donmez said Turkish Petroleum (TPAO), which had applied for an exploration permit in the eastern Mediterranean, would begin operations in areas under its license after the process was completed, the news agency Reuters said.

Turkey’s new Kanuni drill ship would also go to the Mediterranean later this year, he added, a move which could add to the growing tensions that have put Greece and Turkey at odds and near conflict stage at times.