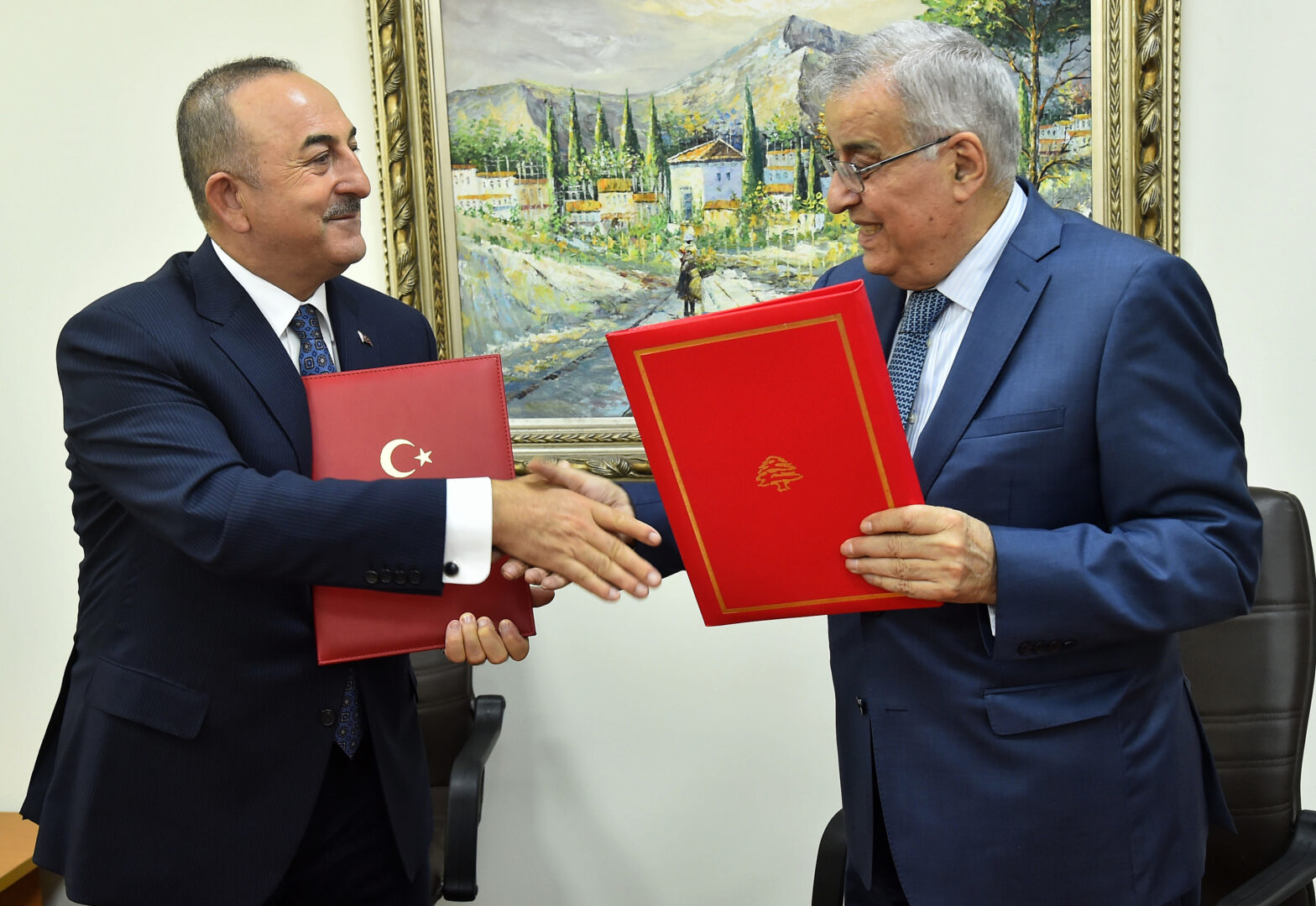 BEIRUT — Turkey’s foreign minister said Tuesday his country is ready to offer whatever support it can to help mend relations between Lebanon and Gulf Arab nations, embroiled in an unprecedented diplomatic rift.

The spat with Saudi Arabia and other Gulf Arab states unraveled late last month and has threatened to destabilize the new Lebanese government and escalate the country’s economic tailspin. It erupted over comments by a Lebanese Cabinet minister over the war in Yemen that angered Saudi Arabia.

During a visit to Beirut, Turkish Foreign Minister Mevlut Cavusoglu urged support for Lebanon’s government to ensure the small country’s stability and that general elections scheduled for next spring take place on time.

“We have expressed our sadness over the recent crisis between Lebanon and the Gulf. We received information concerning the latest developments toward its resolution. And if there is anything that can be done for the issue to be resolved as soon as possible we are ready to carry it out,” Cavusoglu told reporters after meeting his Lebanese counterpart Abdallah Bouhabib.

Cavusoglu said he hoped the crisis is resolved through mutual respect and diplomatic means, though it was not immediately clear how Turkey could help resolve it. Other allies of Saudi Arabia, including France and the United States, have urged against the Gulf Arab countries’ isolation of Lebanon.

Cavusoglu arrived to Lebanon late Monday from Iran. He also met Tuesday with the Lebanese president and parliament speaker, and was later to meet Prime Minister Najib Mikati.

Lebanon’s Information Minister George Kordahi described the war in Yemen as “absurd” and an “aggression” by Saudi Arabia. The comments, aired in late October, were recorded in August, before his appointment to the post. Lebanon has said the remarks do not represent official government views.

Saudi Arabia, the United Arab Emirates, Bahrain and Kuwait have withdrawn their ambassadors from Lebanon in protest over the comments. Saudi Arabia also banned Lebanese imports. The spat is putting hundreds of millions of dollars in trade and assistance from the oil-rich nations at risk at a time of dire need for Lebanon.