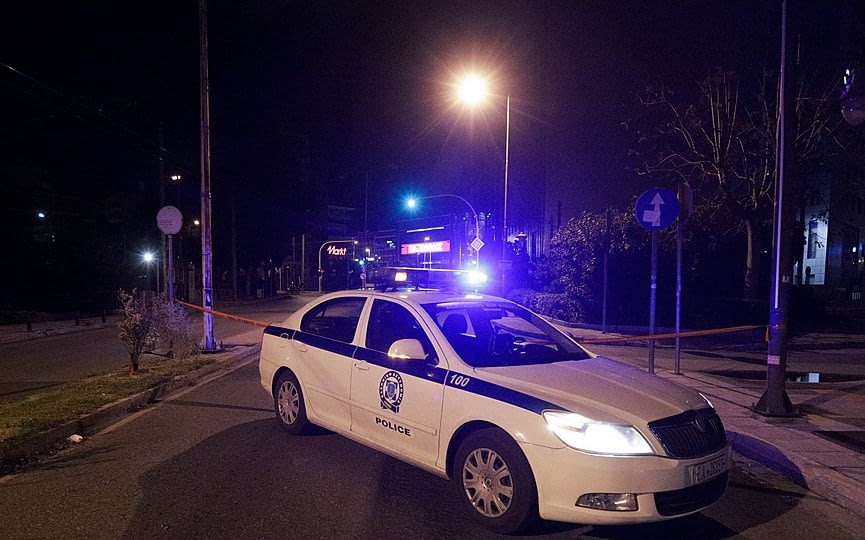 ATHENS – Five house keys and five mobile phones were found in the possession of three suspects arrested by the counterterrorism squad while driving a stolen car loaded with fire arms in the Athens suburb of Aghia Paraskevi, police announced on Thursday.

Police estimate that that three – a 32-year-old man and two women aged 26 and 28, respectively – were probably preparing to carry out a robbery or other criminal act, as all three were wearing plastic gloves and had four fire arms ready for use, with a bullet in the chamber, at the time of their arrest. The weapons included a Kalashnikov rifle, a Scorpio sub-machine gun and two pistols that have not been used in any criminal action.

Moreover, police officers found a silicone mask, disguise paraphernalia and a radio tuned into the police frequency, as well as items of clothing of various sizes, which do not fit the three people under arrest.

The 32-year-old, also known as “Syntagma Archer” had escaped from Tirynth prison on June 6, 2019 where he was serving a six-year sentence for robberies and for participating in an armed skirmish with police officers.

A DNA test found that the suspect also participated in an armed robbery on 29 August 2019 at a bank in Achaia prefecture.

The 28-year-old woman was wanted by police as she had violated the terms of her release ahead of trial, in June 2019, where she was finally sentenced to a lengthy prison term as a member of the terror group Revolutionary Struggle.

The 26-year-old woman was the driver of the vehicle, which had been stolen from the Holargos area on January 26 or 27.

According to a police spokesperson, the arrests were carried out on Wednesday morning and were the culmination of a counterterrorism squad investigation lasting many months.

Other evidence found in the car included ammunition, fake IDs, stolen vehicle registration plates and 3,300 euros. The five keys were found on the 28-year-old woman. Police have also searched the homes of four relatives of the arrested parties without finding anything linked to the suspects.

The counterterrorism service investigation is continuing.