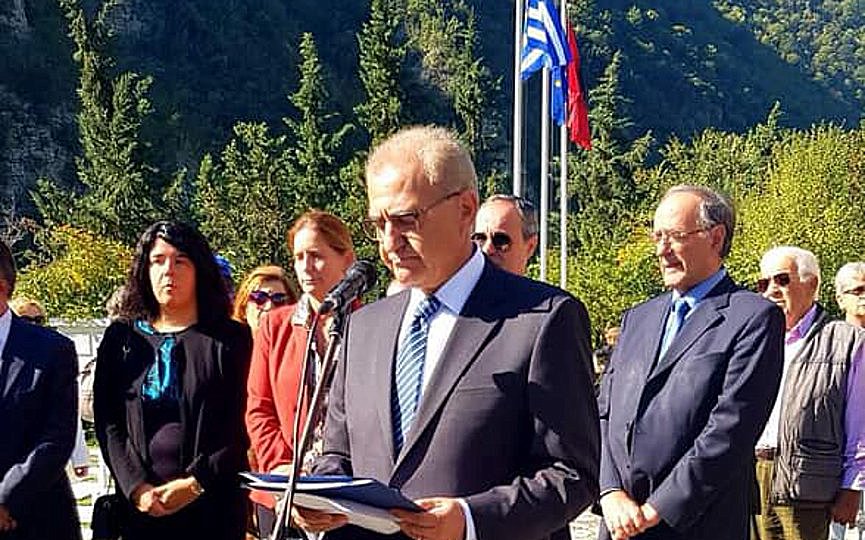 When I represented the government of Greece two years ago as Deputy Minister of Foreign Affairs for Hellenes Abroad at the events celebrating October 28 in Northern Epirus, I fully realized the magnitude of the sacrifice of the thousands of Greek soldiers, as well as the residents of the area who assisted them.

There, on the slopes of the mountains of Kleisoura and Vouliarata, which I visited, countless Greek youths fell fighting valiantly, like Leonidas’ 300, in defense of the homeland.

And then, like many times since, I asked myself the question: Is there a way, is there something we can do, we who have benefited from their sacrifice, the ultimate sacrifice: their lives. What can we do to acknowledge their greatness? Their acts of self-sacrifice for the homeland?

I came to the conclusion that what they would ask for, what they would tell us – if one of these heroes had the opportunity to pick up a microphone or write a commentary in a newspaper and speak to us – is something like this:

My brothers,
When the bell of the church of my village rang announcing the declaration of war by Italy and our mobilization, I was a humble stock farmer.

I had no connection with world affairs – the neighboring village was as far from my mind as the rest of our country and the world beyond.

But I left my animals and my plow because my homeland asked me to.

I had heard many stories from my father, who fought in Asia Minor, about the destruction of Hellenism there and the killing or expulsion of Greeks after thousands of years of living in their traditional homes.

It made me sad, but I never imagined that one day it would be my turn to fight.

So, after a difficult journey, I found myself with my unit on the front line in Northern Epirus.

The inhabitants there, all Greeks, welcomed us as saviors. They opened their houses to accommodate us. They gave us their coats to keep warm. They treated us as if we were their children.

The place where we camped was very beautiful, with mountain slopes adorned with many trees, with a stream passing through the neighboring village. A real paradise.

When the Italian attacks began, my colleagues and I did not think about our youth, the families we had left behind, or our girlfriends.

All we thought about was the salvation of the homeland. That is why we entered the war singing, happy – and proud that we were doing our duty for the homeland. I realized that whatever else you have, if you lack freedom and dignity, if you lose your homeland, then you have nothing.

Yes, we were killed. Not just me, but thousands of us. But what better death than death for the homeland?

But we do ask for one thing: Do your duty for the homeland. Fortunately, you are not called to give your life for her. At least not now.

If you do your duty every day, then, if you ever have to fight for your homeland, you will be ready. And maybe more prepared than we were.

Our country and Hellenism have always been surrounded by enemies. From the Persians in ancient times to the Italians and the Germans in 1940.

But the worst enemy of all, however, is the internal enemy. He is the one who undermines the foundations on which we stand.

That softens our will. That eats at our souls like a cancer, as a people.

And this enemy is division. Fear him more than the others.

Thank you,
A Greek soldier