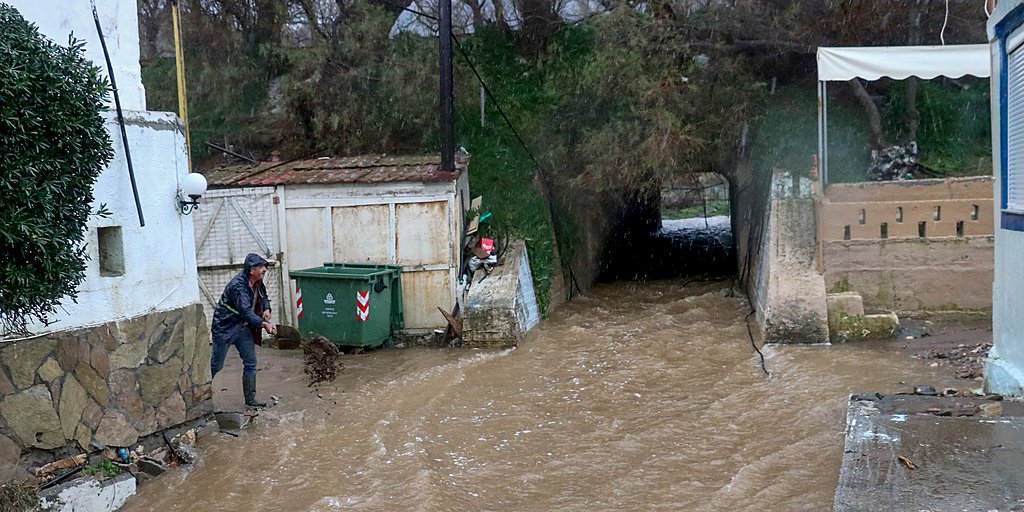 Temperatures will plunge significantly below zero in the mountains of northern Greece on Monday and Tuesday, according to the National Observatory of Athens weather service meteo. At the same time the weather front “Oceanis” brought heavy rain and storms in Crete, mainly in the western part of the island, on Monday while the bad weather is expected to continue on Tuesday.

The lowest temperature recorded on Monday morning was -14 Celsius at Mesovounio in Kozani, according to meteo’s network of automated meteorological stations. The next-lowest temperatures were recorded at Agios Pavlos, Imathia (-12.9C), at Vlasti in Kozani (-10C), at Kerasia in Pella (-9.6C) and at Kleisoura, Kastoria (-9.1C).

In southern Greece, “ Oceanis” brought heavy rain and storms in Crete, which were especially severe in the parts of the island already affected by the previous cold front “ Chioni”. The highest level of precipitation recorded by NOA/meteo until early on Monday morning was 192 mm of rain in 10 hours, in Chania.

According to the latest NOA/meteo weather forecast, the severe weather in Crete (heavy rain, storms and snowfall in the mountains) will continue until Tuesday morning. West Crete will be hit once again by very heavy rain and, given the problems caused by the previous cold fronts, people are advised be extremely careful when working outdoors or moving from place to place.

Regarding the rest of the country, rain is expected in southeast Thessalia, east Central Greece, the east Peloponnese and the Aegean, while storms are forecast mainly in the South Aegean. Snow will fall in the mountains and semi-mountainous areas of mainland Greece. The phenomena will start to abate gradually and from early Tuesday the bad weather will be mainly confined to Crete.

The stormy north winds and the gales will continue for the rest of Monday, calming on Tuesday. Finally, the temperature will rise slightly on Tuesday and Wednesday.

Meanwhile, authorities on Crete are still searching for a man, 61, who has been missing since Sunday morning. According to Apokoronas’ mayor, Charalambos Koukianakis, the missing man was driving on a village road near a torrent. The fire services, police and people from the area joined in the search for the missing man. Shortly after 14:00 on Monday, the missing man’s car was found to have been swept away by flood water as he attempted to cross the road leading to Ebrosneros village.

Finally, the Monastery of Agios Panteleimon in Fovele, Crete, has been cut off since last night due to the overflowing of the Pantomantris river and authorities have prohibited all vehicles from crossing the bridge leading to the Monastery.