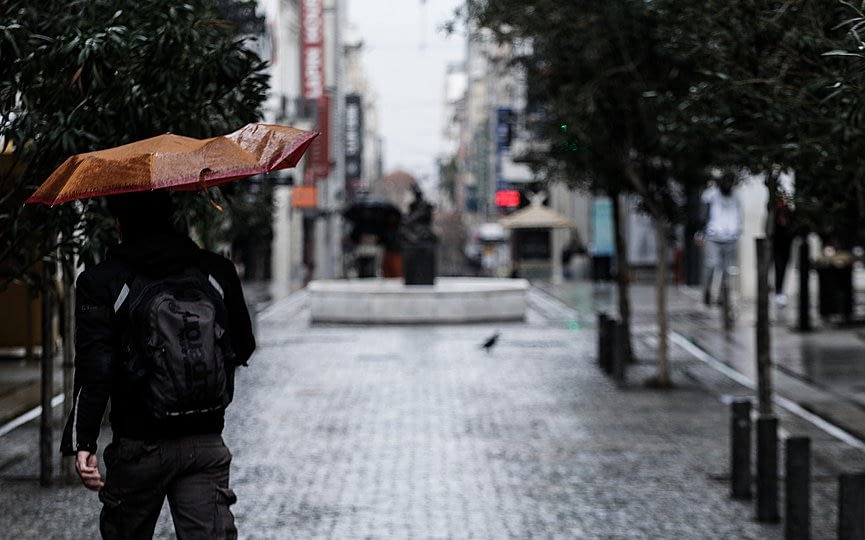 Based on the forecasts of the National Observatory of Athens weather service, meteo.gr, the bad weather will gradually get worse and spread throughout the country as the low pressure front approaches.

During its first phase over the weekend, Medea is expected to bring very low temperatures in central and northern parts, rain and sleet at low altitudes and in coastal areas and storms at sea.

Heavy snow is expected, initially at higher altitudes, and gradually spreading to lower-lying areas as well, including the islands of the northern Aegean. From Sunday, there will also be gale-force northerly winds in northern and central parts of Greece. Snow may also fall and settle in Athens.

So far on Saturday, snow and bitter cold have been experienced in northern Greece, with snowfall reported in Florina, Kozani, Kastoria, Ptolemaida, Veria, Kavala, Katerini and Halkidiki. Temperatures in the morning plunged to -6C in Florina, -7C in the ski resort of Kaimaktsalan, -5C in Ptolemaida and Amyntaio, -4C in Nevrokopi and -2C in Naoussa. In Thessaloniki, the temperature was 2C.

Civil defence mechanisms and municipalities throughout Greece are on standby until next Friday, when the bad weather is expected to abate, while the public are advised to avoid unnecessary road trips and to be equipped with snow chains.