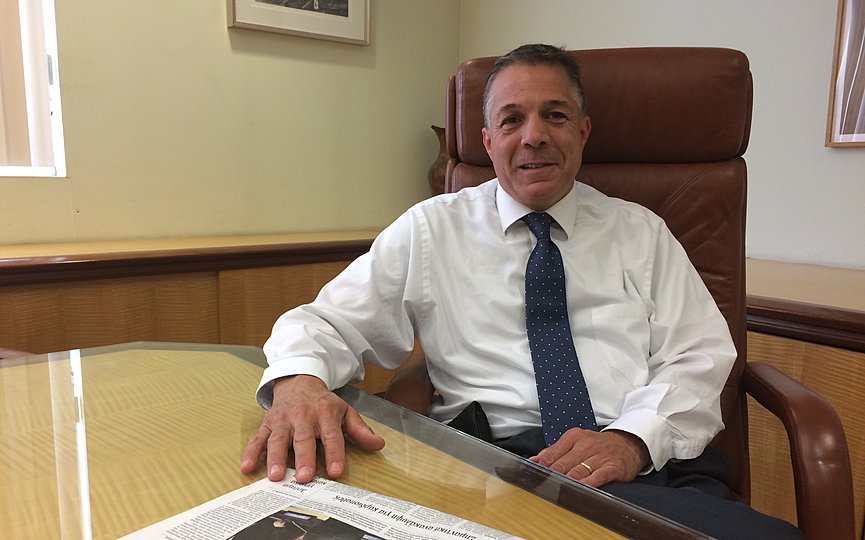 Raptakis said the Turkish invasion threatens to turn into a genocide against the Kurdish people who had established a stable area where some two million Kurdish citizens were able to reside in relative peace compared to the rest of the troubled country. He noted the existence of this strong Kurdish enclave was a threat to Turkish control over its own Kurdish population, a minority group that is treated badly by the government.

“The Trump administration made the mistake of giving Turkey the green light to eradicate the Kurdish community in northern Syria,” said Raptakis. “That community was made possible by the effectiveness of the Kurdish fighters who worked alongside U.S. military forces to weaken the presence of ISIS in the area. We need to take action to punish Turkey now and try to put a stop to this disastrous attack on the Kurds.”

Senators James Risch (R-ID) and Senator Robert Mendendez (D-NJ) have introduced bipartisan legislation to impose sanctions on the Turkish government, in addition to its military and energy sectors. He noted Turkish action cannot go unchecked, as it threatens the security of the region as well as the eastern Mediterranean.

“If Turkish aggression here goes unchecked, the Erdogan government will seek to build on this aggressive action and will be a threat to stability,” said Raptakis. “Already, the Turkish dictator has started talking about his nuclear ambitions and Congress needs to take action to contain the damage that has already been done and prevent the spread of further chaos.”

The text of Raptakis’ letter to Rep. Cicilline follows:

I am writing you to urge Congress to sanction Turkey for Syria Invasion.  Please support S 2644 and the Foreign Relations Committee Chairman James Risch and Robert Menendez, Comprehensive Legislation.  I would also like you to support the House Bills, HR 4692 and HR 4695 that would also sanction Turkey.

This legislation would sanction, Turkey’s political leadership, Military transactions with Turkey and Turkey’s domestic energy sector.  It would also prohibit US military support for Turkey, it would trigger the 2017 CAATSA (Countering America’s Adversaries through Sanctions Act) sanctions and restrict US visas for Turkish leadership.  I feel that a strong message must be sent to Turkey that if cannot violate international law and that I cannot attack US allied partners without being held accountable for its actions.

Turkey’s actions in northeast Syria have implications for the broader region, including creating increased tensions, especially in the Eastern Mediterranean, and adding to the refugee crisis.

Thank you for your consideration on this matter.  If I can be of any assistance to you, please feel free to contact me directly on my personal cell, 401 524-2233.