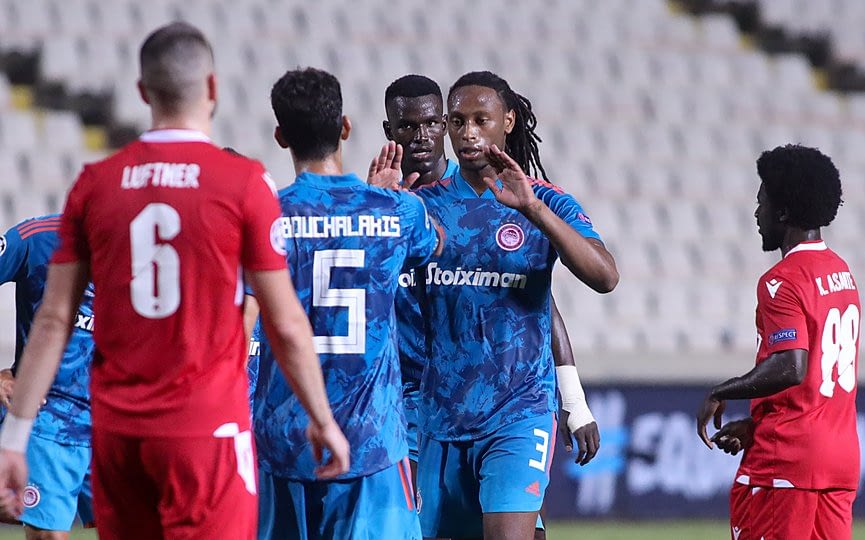 GENEVA  — Olympiakos sealed its 20th Champions League entry by drawing 0-0 in Cyprus against Omonia for a 2-0 aggregate win.

A 0-0 draw at home to Molde in the second leg of the qualifying playoffs took Ferencváros through on the away goals rule after a 3-3 draw in Norway last week.

Coach Serhiy Rebrov’s team will be the first from Hungary in the 32-team group stage since Debrecen 11 years ago.

Ferencváros, which last played in the group stage in 1995, will be the lowest-ranked team in Thursday’s draw in Geneva.

It began the season ranked No. 135 in Europe by UEFA and had to advance through four qualifying rounds, beating the champions of Sweden, Scotland, Croatia and Norway..

Dynamo scored from the penalty spot in each half to seal its first group-stage place in four years under new coach Mircea Lucescu. The veteran coach was a Champions League regular during a long spell at Dynamo’s main rival Shakhtar Donetsk.

At age 75, Lucescu is set to become the oldest coach in a Champions League match when the group stage begins. Jupp Heynckes was 72 as Bayern Munich's coach in the 2017-18 competition.

The last three playoff matches are played Wednesday. All qualifying games in UEFA club competitions are being played without fans in the stadiums during the coronavirus pandemic.