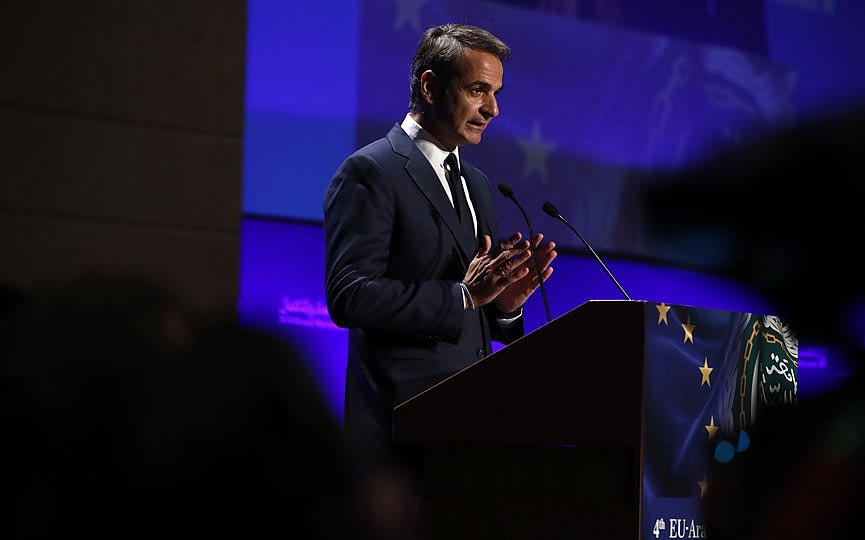 ATHENS – The instrumentalisation of migrants as a means of exerting political pressure was a “hybrid threat for Europe”, Prime Minister Kyriakos Mitsotakis wrote in the French newspaper “Le Figaro”.

In an article published late on Sunday, the Greek prime minister referred to the situation on the Belarus border, where “thousands of migrants are daily trying to enter the EU via Belarus,” and added that its President, Alexander Lukashenko, had “drawn inspiration from a strategy that has already been tested and which caused chaos and misery on Europe’s borders.”

Mitsotakis also said that the President of Belarus was using human suffering to force Europe to abandon plans to impose new sanctions on his regime.

“We cannot accept the imposition of this strategy, either now or in the future,” he stressed.

The prime minister addressed the EU and warned that the instrumentalisation of migrants will be used again and again, to the detriment of Europe, as long as EU countries do not take the necessary measures to address two key weaknesses: the lack of a fair, coherent, effective and stable European policy and the lack of effective action to combat the phenomenon of trafficking in human beings under the guidance of either criminals or third-country governments.