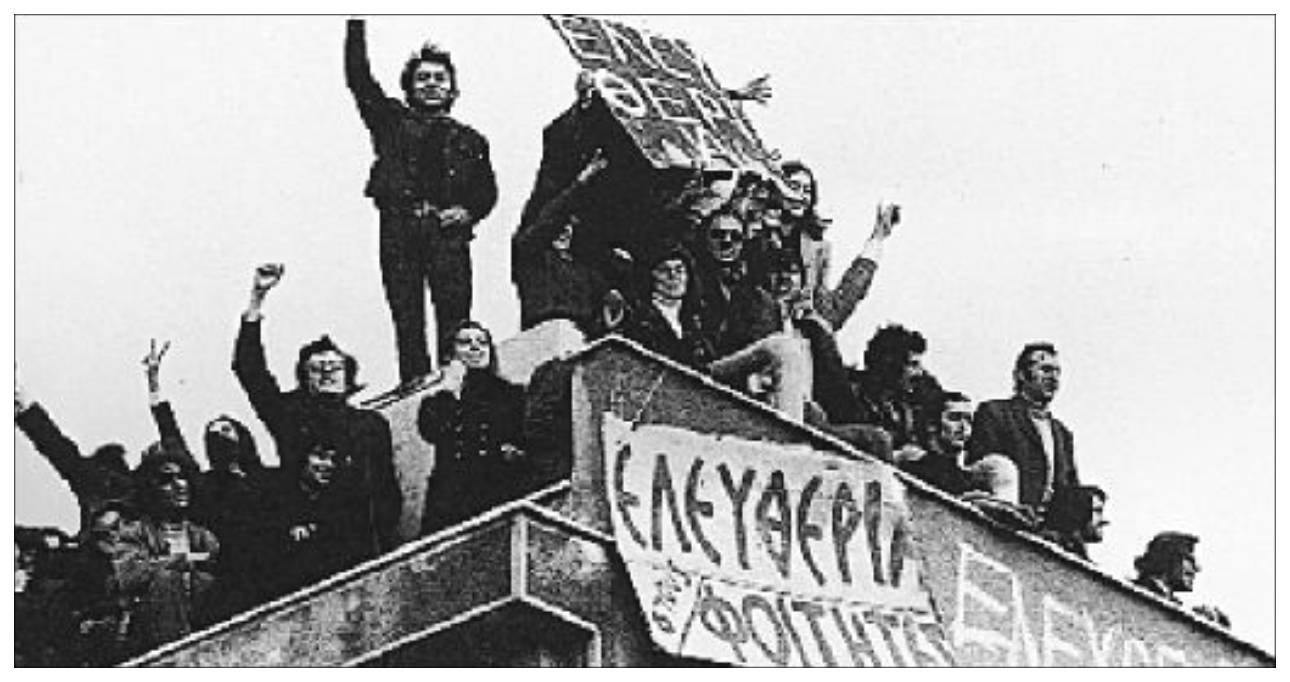 Greek student rebels at the Athens Polytechnic junta resistance in 1973.

ATHENS – Greece “remembers and honours” the 1973 uprising of the Athens Polytechnic, drawing inspiration from it but moving forward into the future, Prime Minister Kyriakos Mitsotakis said on Wednesday in a message to mark the anniversary celebrated each year on November 17.

“The messages of those great moments are converted, today, into a daily orientation toward a secure democracy, which deepens its character and broadens the rights of citizens. We don’t hanker after aged slogans but implement living demands, building an economy that increases the prosperity of all, respecting the environment. An education that offers work and progress and a dynamic society that leaves no one behind,” Mitsotakis said.

He appealed for the observance of the anniversary “away from exploitation and extreme actions, with our thoughts on its true legacy and our actions responding to the primary call of the time, which is public health: vaccinated, observing protection measures, protecting our life and the life of those around us.”

Above all, he added, the lesson from November 1973 was unity and solidarity and a mature expression of the personal stance in collective social action. “Forty-eight years later, the words “Bread-Education-Freedom” renew their meaning, inspiring a new and strong Greece that is already changing and thriving.

Sakellaropoulou: Today we have duty to support the young and their expectations

The President of the Hellenic Republic Katerina Sakellaropoulou on Wednesday laid a wreath at the Athens Polytechnic for the 48th commemoration of the historic student uprising against the 1967-1974 junta in Greece.

“The Polytechnic uprising in November 1973 was the culmination of the resistance against the military dictatorship. We honour the victims, the students and all the fighters who stood up against violence and lawlessness. Their sacrifices, as well as their love for freedom and democracy, still inspire us,” she said.

“Today, the young people who after the economic crisis are now also experiencing that of the pandemic are called upon to live in a complex world full of challenges and uncertainties. We have duty to stand by them and to support their expectations for a better future, in the context of an open society that includes us all,” Sakellaropoulou underlined in her statement.