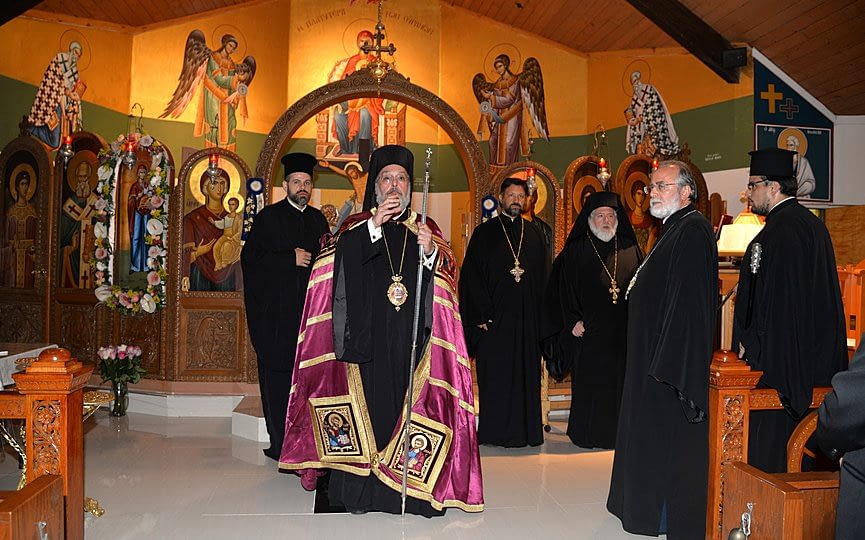 The Very Reverend and Reverend Clergy Esteemed Members of the Metropolitan Council, Esteemed Members of the Parish Councils, Philoptochos Sisterhood, Faculty and Students of the Catechetical and Greek Afternoon Schools, Directors and Participants of all Youth Organizations, and all devout Orthodox Christians of the Communities of the Greek Orthodox Metropolis of New Jersey

My Beloved in the Lord,

The Turkish government, after having illegally and unjustly claiming the Great Cathedral of Agia Sophia as their own for use as a mosque, has sought to continue their lawless and unconscionable actions by converting the Church of the Holy Savior in Chora to a mosque. Though it was readily apparent even before this most recent affront that the Turkish government will stop at nothing to advance their carefully crafted plans of religious and cultural genocide against Orthodox Christians and Greek culture, this latest abhorrent action proves to be nothing short of a vile assault against not just against all Christians, but all people who treasure the principles of justice, peace, and religious freedom.

The Greek Orthodox Metropolis of New Jersey strongly and unreservedly condemns the actions of the Turkish government and calls upon the international community to raise its voice against this most recent effort to appropriate and alter religious and cultural history by converting the Church of the Holy Savior at Chora to a mosque.

Turkey’s history of discriminatory actions against the ethnically Greek population of Turkey is both profoundly disturbing and well-documented. Their blatant intent to subjugate religious and cultural minorities – their own citizens – is their enduring legacy. It is obvious that the only goal Turkey aims to accomplish is to completely eradicate Orthodox Christianity and exterminate any reference to the native population which gave birth to the City of Cities, Constantinople.

Thus, it falls to us to bring this evil injustice to light so that people throughout the world know of the wickedness which emanates from actions of the Turkish government. Therefore, as Orthodox Christians, as descendants of the Byzantine cultural heritage, and as people who love that which is good and just, I encourage you to raise your voices. Raise your voices for our churches and monasteries. Raise your voices for religious freedom. Raise your voices against the inequalities and cruelties perpetrated by the Turkish government, namely Turkey’s President, Recep Tayyip Erdogan. Most importantly, raise your voices in support of our Mother Church, the Ecumenical Patriarchate of Constantinople, by which we are lovingly and spiritually sustained and forever connected to the heart and apex of Orthodoxy.

My beloved in the Lord, we must not allow these malicious and dark forces to perpetrate their hatred without speaking the truth and shedding light on this most important issue. The desecration of Orthodox Churches and the continued persecution of our Mother Church and Orthodox Christians throughout Turkey cannot and must not be tolerated. Let us always keep in our most fervent prayers our beloved Mother Church, our spiritual Father, His All-Holiness Ecumenical Patriarch Bartholomew, and the Church of the Holy Savior at Chora so that it will return to its original status, a Church. Praying that the Theotokos, the Protectress of the Queen City of Constantinople, blesses and is with you always, I remain

With Paternal Love and Blessings,