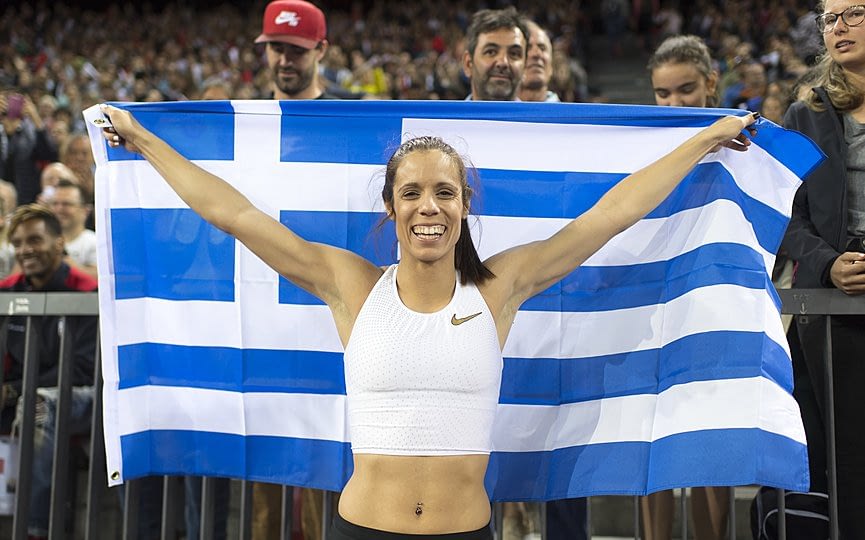 KEYSTONE FLE - In this Aug. 30, 2018, file photo, Katerina Stefanidi from Greece celebrates after winning the women s pole vault event during the Weltklasse IAAF Diamond League international athletics meeting at Letzigrund stadium in Zurich, Switzerland. Three of the leading womenβ€™s pole vaulters will take their turn to compete in the second edition of the Ultimate Garden Clash. Katerina Stefanidi of Greece, Katie Nageotte of the United States and Alysha Newman of Canada will participate in the event but wonβ€™t be competing in their backyards since they donβ€™t have the equipment at home. They will instead be at nearby training facilities. (Ennio Leanza/Keystone via AP, FIle)

The bar: Set high by the men's competition. Their mission: Raise it even higher.

Three of the leading women's pole vaulters get their turn to compete Saturday in the second edition of the Ultimate Garden Clash. It's a rare track and field competition contested during the coronavirus pandemic.

Individually, reigning Olympic champion Katerina Stefanidi of Greece, two-time US indoor winner Katie Nageotte and Commonwealth Games champion Alysha Newman of Canada will compete head-to-head-to-head to see who can clear a bar set at 4 meters (13 feet, 1 ½ inches) the most times in 30 minutes.

Collectively, they will try to better the total of their male counterparts, who had a combined 98 clearances in a competition on May 3. 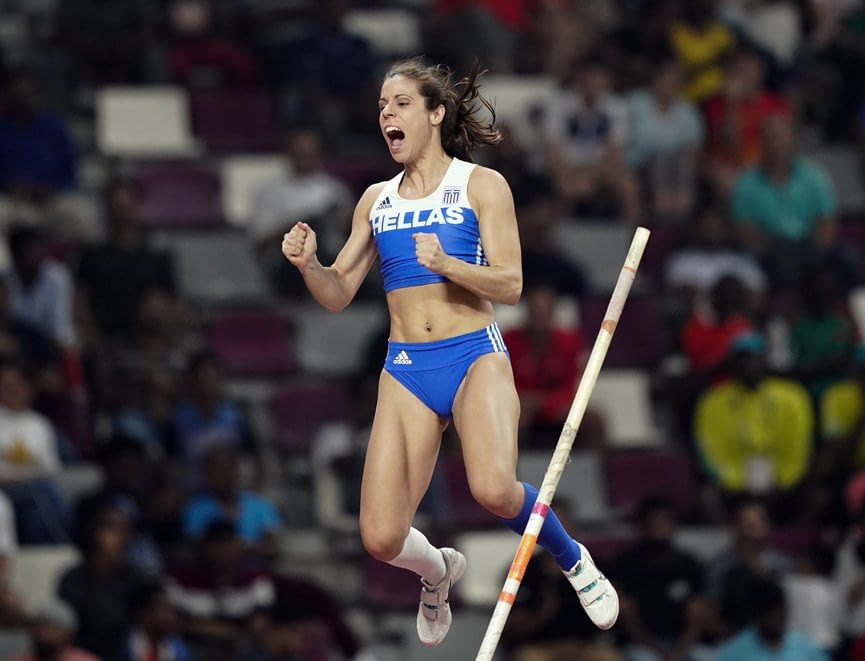 Mondo Duplantis and Renaud Lavillenie shared the victory with 36 clearances over a bar set at 5 meters (16-4 3/4), while Sam Kendricks had 26 in an event that was staged in each of their backyards. More than 250,000 people watched the live stream of the fast-paced competition on World Athletics social media platforms.

Unlike the men's version, the women don't have the same sort of setups in their backyards. Instead, they will be connected by video link from their local nearby training facilities. Stefanidi will compete from Athens; Nageotte in Marietta, Georgia; and Newman from Bolton, Ontario.

The women are envisioning 100 combined clearances. Sandi Morris, the Olympic silver medalist from the U.S. who recently built her own pole vault setup, won't take part due to a knee ailment that's sidelined her for two weeks.

"I feel like most people would expect the guys to win in a head-to-head, so if they did, it won't mean too much. But I think the way this is designed it is very possible — or at least just as likely — that we beat them, either as a group, or individually," said Stefanidi, the gold medalist at the 2016 Rio Games.

She added with a laugh: "The reason it is important to win is so that we can have bragging rights for the rest of our careers."

The competition is weather permitting — and Newman may have to bundle up. "Still a little chilly here in Canada," she said.

"It will be awesome to compete against these ladies because I've been dying for a competition." Newman added. "But we are definitely trying to beat the guys' number of jumps put together."

The first installment of the Ultimate Garden Clash was a hit, with more than 1 million people from more than 90 countries watching the broadcast within 24 hours, according to World Athletics.

"We know there's a real appetite among athletes and fans to return to competition," World Athletics President Sebastian Coe said. "But we need to do that in a way that is careful and respectful of the measures put in place by public health authorities around the world so we can keep our community safe, and modern technology has allowed us to do that.

"This is a concept that we hope can be adopted or adapted by some of our area associations and member federations around the world to help their athletes get a feel for competition again until they can return to more normal meetings, which we hope can happen later in the year."

The Diamond League circuit of track meets recently announced a new, shorter schedule. The series is now set to start in Monaco on Aug. 14. The season-ending meet is Oct. 17 in China at a city to be decided.

The men's pole vault competition provided a blueprint for the women — go all out for 30 minutes. There's no time for a rest.

"Nonstop action, which is extremely appealing to fans," Nageotte said. "There is constant entertainment with the vaulters trying to take as many jumps as possible in a short time, and that's something sports fans really appreciate."