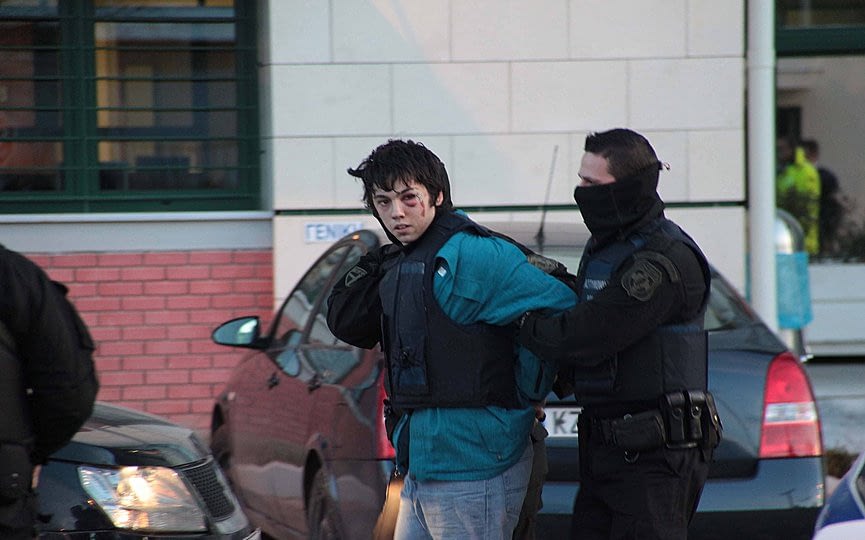 ATHENS – As Greece’s high court was to take up whether to overturn a prosecutor’s decision barring notorious terrorist killer Dimitris Koufodinas from having a seventh vacation from jail, an anarchist convicted of using explosives is due to be released outright.

Nikos Romanos, 25, could be freed imminently after five-member criminal appeals court on reduced his initial sentence, following a recent Supreme Court decision recognizing his good behavior behind bars, changing his tune after going on a hunger strike previously and remaining defiant against the law.

He was a friend of Alexandros Grigoropoulos, the teen fatally shot by a police officer in 2008, and will have served only six years of an 18-year sentence after his conviction in 2012 for the possession and use of explosives.

Based on the provisions of Greek law regarding prison terms, the decision will lead to his imminent release despite serving only a third of his sentence, said Kathimerini.

Romanos’ lawyer Theodoros Mantas said the decision was just for rewarding good behavior in prison although there were no reports whether others in jail who haven’t caused trouble will be getting out.

Romanos had stopped eating for a month at point and also sought to be given furlough so he could continue his education but was turned down by the courts.

The release comes three years after he and six imprisoned members of the Conspiracy of the Cells of Fire urban guerrilla group called for an escalation of “anarchist action” after a government crackdown on sit-ins at public buildings.

“The sit-ins are the fortresses of the anarchist struggle in the war against authority,” Romanos said in a letter posted on the anti-establishment Athens Indymedia website, urging “anarchist” groups to go on the offensive against the “suppressive state.”
His message was backed by six Conspiracy members who “welcomed” Romanos’s call for action in a post on the same website, said Kathimerini.

He was charged upon his arrest with being a member of the Conspiracy of the Cells of Fire but later cleared although vowing to avenge Grigoropoulos’s killing and continue his “struggle” against the establishment which he blames for his death.