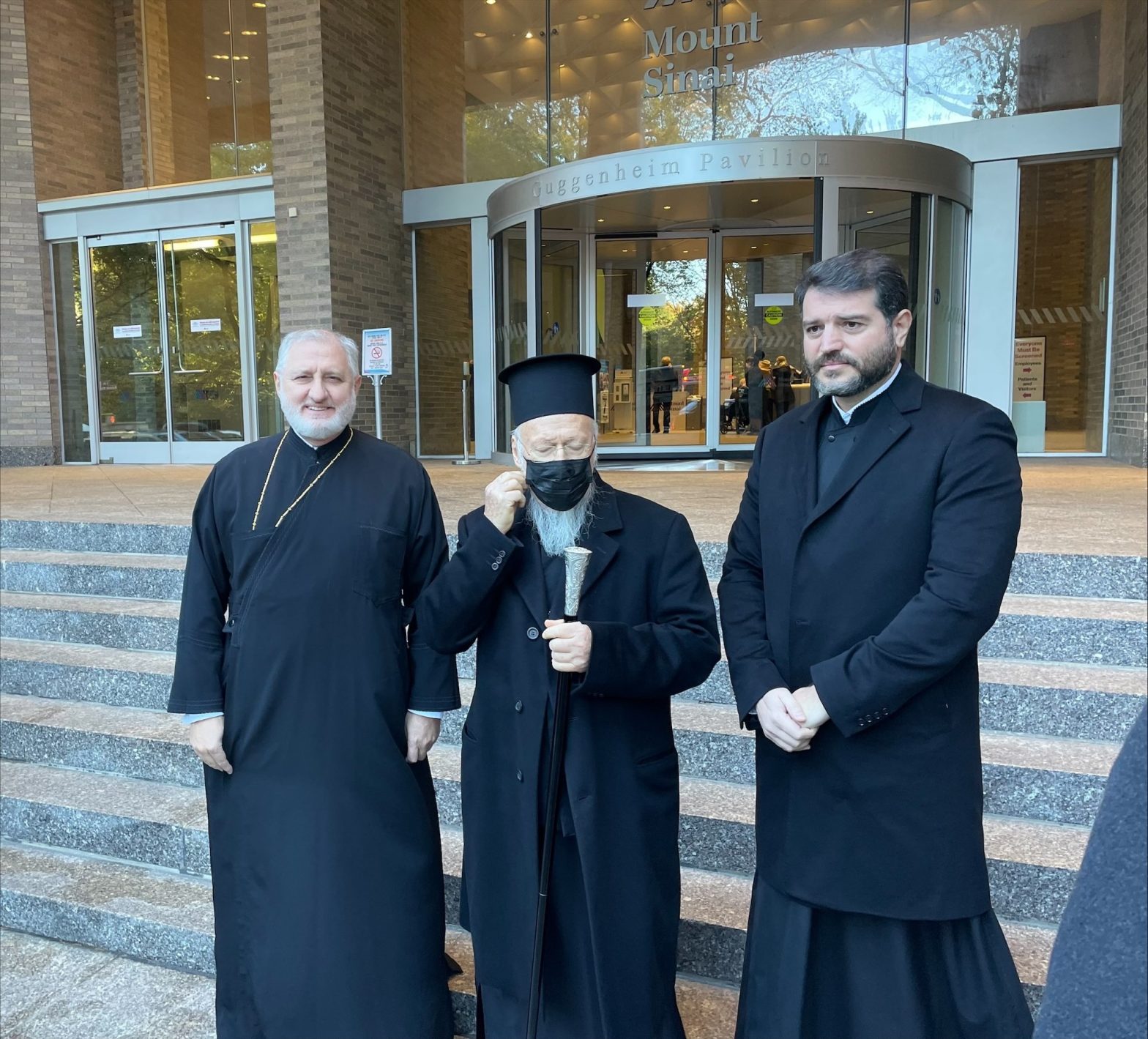 His All-Holiness Ecumenical Patriarch Bartholomew was released from Mount Sinai Hospital on November 5. He addressed the media with His Eminence Archbishop Elpidophoros of America, at left, and His Grace Bishop Apostolos of Medeia. Photo: TNH/ Matina Demelis

NEW YORK – His All-Holiness Ecumenical Patriarch Bartholomew was released from the Mount Sinai Hospital on November 5 after the successful stent placement surgery he underwent on November 3.

Speaking to reporters, His All-Holiness thanked everyone for their interest and announced that he would leave the United States on Sunday to return to his duties in Constantinople.

The statement of the Ecumenical Patriarch follows:

“I am happy to be out of the hospital safe and sound thanks to the care of brother Archbishop Elpidophoros of America and the doctors. I was very happy to find many Greek doctors and not by chance but because they are prominent doctors of whom we are proud. It was a small adventure of my health, I overcame it with God’s help in the best possible way and it was God’s blessing that I was here these days when my problem was identified and we solved it and treated it with good doctors, as I said, and I leave for Constantinople on Sunday at noon to take up my duties, which I left temporarily. Thank you for the interest of everyone, and especially to Archbishop Elpidophoros, but also to the media which, from what I saw, showed special and loving interest in the case of my health. I thank them and bless them all, on behalf of the Mother Church. May you all be well and again, without illnesses.”

The operation was performed while His All-Holiness was awake without anesthetic and he even talked to the doctors and nurses during the procedure.

Earlier on Thursday, among those who wished him all the best by phone were the His Eminence Archbishop Ieronymos of Athens and All Greece and President of the Hellenic Republic Katerina Sakellaropoulou. Prime Minister Kyriakos Mitsotakis tweeted his best wishes for the health and well-being of His All-Holiness.