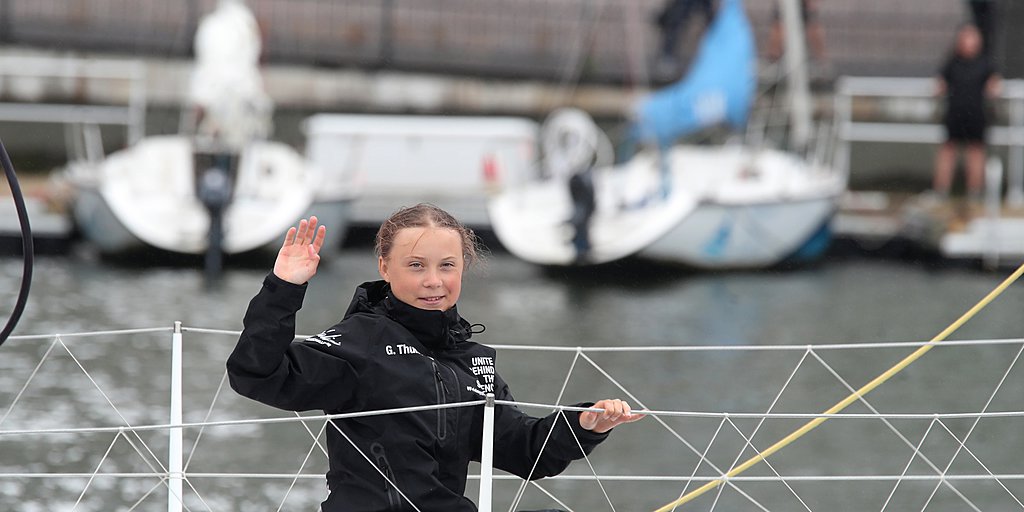 Famous Swedish teen environmentalist activist Greta Thunberg had to rely on the staff at the Greek restaurant Elia in Glasgow where she went to eat after delivering another blistering climate change speech, this time at the COP26 event that copped out.

The 18-year-old had a vegetarian meal at the traditional, family-run establishment, where dishes include a baked feta saganaki starter and a classic Greek salad but she didn’t eat meat.

Huge crowds gathered to try to see and get close to her and TV crews and reporters joined in before the staff took her out the back door as she wore a mask and hooded jacket to escape the attention, said the site Metro – after she posed with them.

Owner George Ieronymidis explained: ‘The meal was pre-booked and Greta and the people she was with were very kind.

“There were about eight people and they were all very polite. We do very good vegetarian in our restaurant and afterwards there were a lot of people outside, including television crews, so they left through the fire exit,” he said.

Appropriately, the getaway was in an electric car.