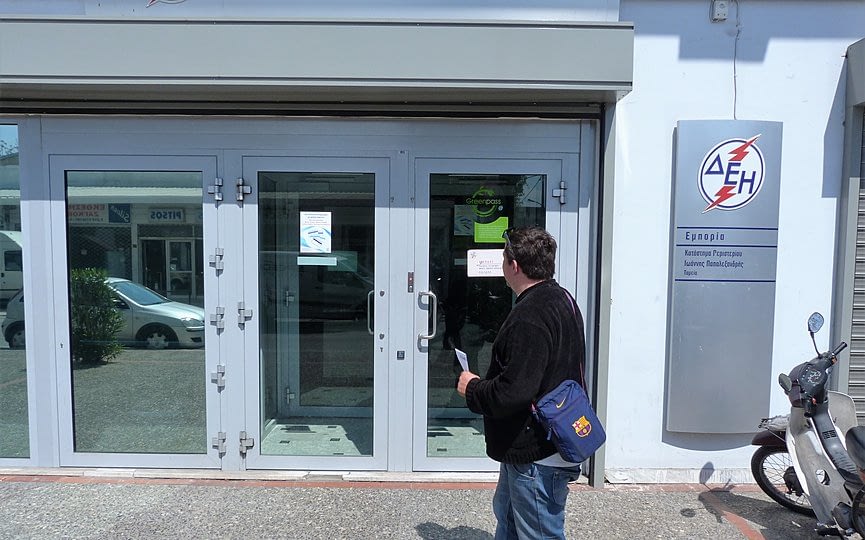 ATHENS –  Furious that Prime Minister and Radical Left SYRIZA leader broke his promises to them, the union of workers at Greece’s Public Power Corporation (PPC) want him to take back a bill that would sell off the company’s coal plants.

Without a nuclear power plant, Greece relies on coal to produce two-thirds of its electricity and some members of PPC’s union GENOP have been conducting a sit-in at the company’s central offices and say they won’t move unless the legislation is revoked.

“No employee is going to work for those pseudo-investors,” he said of private companies.. “We are not going to offer our services to this supposed investor,” he said, describing foreign companies as “undesirable to both workers and local communities.”

He said the sit-in was aimed at preventing a scheduled May 3 meeting of the board which wanted to discuss the sale of coal plants in Megalopoli and Florina.

Tsipras reneged on anti-austerity promises, including pledges to halt the sale of state assets and privatizations as he said the country’s enterprises were being sold at fire sale prices but has stepped it up on orders of international creditors in return for a third bailout, this one for 86 billion euros ($103.01 billion) he sought and accepted in July, 2015 after saying he would do neither because it came with more brutal conditions he said he wouldn’t take.

The bill for the sale of  the plants was passed in Parliament on April 25 with the backing of SYRIZA lawmakers and its coalition partner, the pro-austerity, marginal, jingoistic Independent Greeks (ANEL) who vote the way they are told.

Three SYRIZA MPs – Efi Georgopoulou, Dimitris Baxevanakis and Markos Bolaris – were absent during the vote, which a total of 25 MPs from all parties did not attend.

Environment and Energy Minister George Stathakis ended the debate by noting that it would bring better days for PPC and Greece’s energy sector and that local communities will benefit from cheaper power and national funds for the transition to the post-coal period.

That was in opposition to what Tsipras said before taking power and surrendering to the Troika of the European Union-European Central Bank-European Stability Mechanism (EU-ECB-ESM) which is putting up the third rescue package.

The bill was also supported by independent MP Haris Theoharis, who later said that, “Even this solution is better than no solution” urging the government and opposition to “stop the hypocrisy.

All sides had made mistakes regarding the PPC, he pointed out, with the political system and trade unions wasting time in mistaken solutions, foot-dragging and denial of the problems, “that we are now coming to address under great pressure, doing too little, too late and for a low price.”