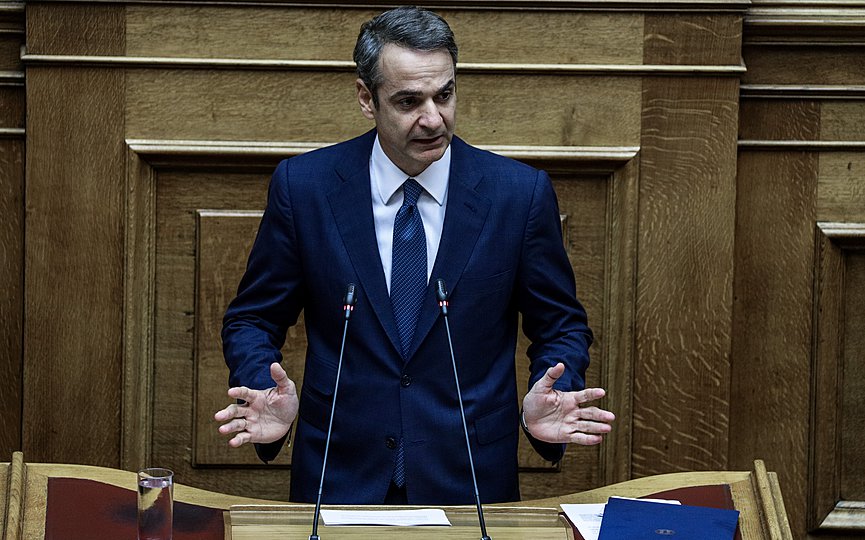 ATHENS – In a message for International Day for the Elimination of Violence Against Women on Thursday, Prime Minister Kyriakos Mitsotakis noted that it was a symbolic opportunity to look directly at an age-old problem, to become aware that this violence happened behind closed doors and to “break them, together with the silence that surrounds it.”

“The trauma of every woman is the trauma of every society, every country,” Mitsotakis added, noting that the #MeToo movement gave many women the courage to come forward and report their abusers but that “many still hesitate”.

“We call on them to also find the courage, to go to the authorities, to not bow their heads and put up with violent actions and behaviour. They will have our support and that of all of Greek society,” he said.

He also emphasised the need for concrete action by the state, announcing that the government has in the last two years activated 73 special services in the Hellenic Police for dealing with domestic violence, with many police officers trained to deal with such incidents, such as opening six pilot departments for dealing with domestic violence in Alimos.

He also referred to the 24-hour phone line at SOS 15900 where victims thoughout the country can ask for help and advice, the 43 counselling centres around the country where women can find support, 19 women’s shelters where they can find safe haven and special programmes to find employment for abused women.

The prime minister highlighted changes to the new criminal code that were tougher on crime and promised that this was “just the start” because “as long as women are at risk, our democracy and civilisation are at risk”.