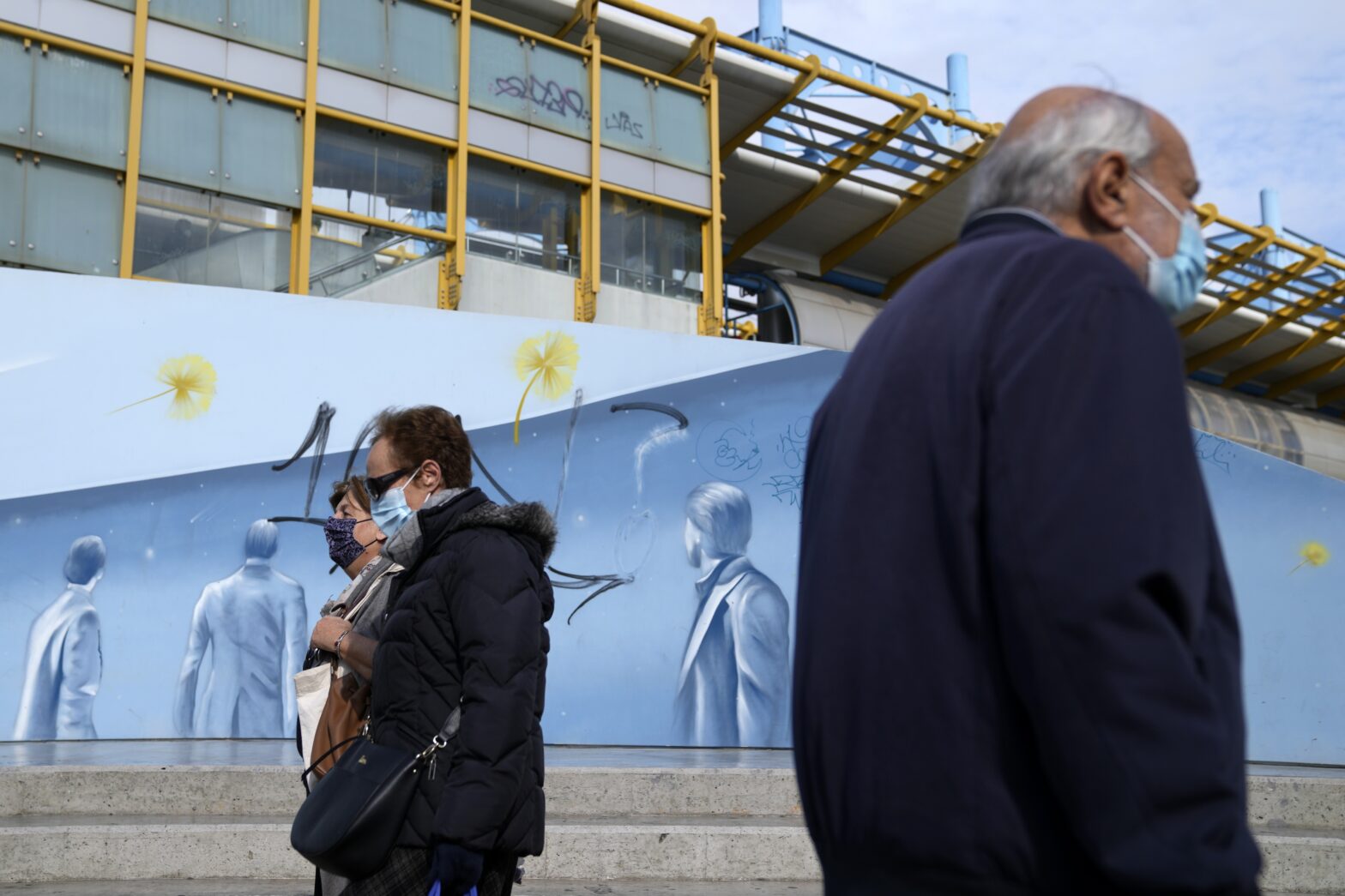 ATHENS – After adding measures limiting their access to most public gathering spots including restaurants and stores, Prime Minister Kyriakos Mitsotakis said he won’t go as far as a full lockdown on them or make them be inoculated against COVID-19 even though they are spreading the Coronavirus.

He had pledged to consider making shots mandatory – only health care workers must be vaccinated or face suspension – but has backed away from that in favor of pushing a faster economic recovery despite record numbers of cases and deaths.

In an interview with British broadcaster ITV during a visit to London, Mitsotakis said that, “We have a strict policy but we will not go as far as Austria,” referring to even more restrictive measures in that country.

He said that Greece “relies heavily on testing” and has imposed measures banning the unvaccinated from restaurants and other “COVID-free venues,” although there are mixed venues where the vaccinated and unvaccinated mingle.

“The vaccine passports are working,” he said of the measures, which allow complete freedom for those who are inoculated but must show proof every time they enter a facility too.

Many of Greece’s rabid anti-vaxxers, who don’t believe the vaccines are safe or effective even as their use has slowed the pandemic, also think they are part of an international conspiracy to alter their DNA or control their minds.

The combination of different measures appears to be an “effective strategy,” he added, although it still has failed to bring vaccinations to the 70 percent benchmark of inoculation of the country’s population of 10.7 million.

That is the threshold that his advisory panel of doctors and scientists and epidemiological specialists said is needed to slow the pandemic even more, but has seen continued resistance from anti-vaxxers.

He admitted that the national health system “is under a lot of pressure” and said that the government is “trying to help our doctors and nurses address this spike,” but still hasn’t, as repeatedly vowed, moved to conscript private doctors and clinics.

“But nine out of 10 patients in intensive care beds right now are unvaccinated and it’s a real pity,” he added, without acknowledging that most wouldn’t be there if required to be vaccinated.