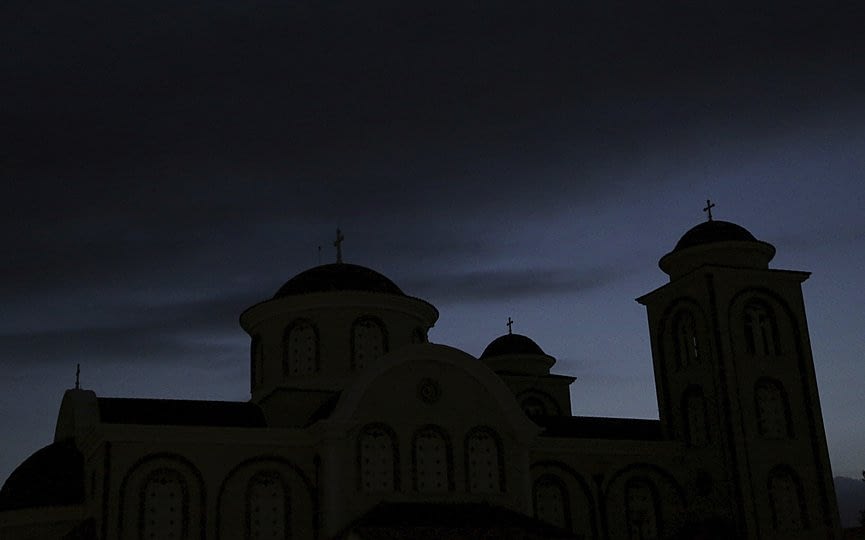 EDMONTON, CANADA – The St. George’s Greek Orthodox Community is planning to build a retail building on land it has owned for almost 75 years at 114 Street and Jasper Avenue in Edmonton, the Edmonton Journal reported on April 14.

The final occupant of the property was Edmonton Motors, “an auto dealership that recently moved out of the downtown core,” the Journal reported.

“Realtor Chris Karampelas said the owners of the property, the St. George’s Greek Orthodox Community, aim to build a three-storey retail building of curved glass that will be a ‘gem’ on that section of Jasper Avenue,” the Journal reported adding that “Karampelas said the grandfathers of many in the community were involved in the original purchase of the land.”

“The community is so tight that we thought let’s keep this in the community, it’s got so much history,” Karampelas said, the Journal reported.

Karampelas told the Journal that “the plan was to begin site work in September,” adding that “the COVID-19 pandemic has set those plans back, but Karampelas remains confident.”

He noted that “he has been approached several law firms as well as smaller companies interested in new office space,” the Journal reported, adding that “he said in terms of offerings they hope to emulate the Oliver Exchange building, with food or retail options on the main floor and office or professional space on floors two and three.”

The site will also include an underground parking garage, the Journal reported..

“The community briefly discussed selling the land, but ‘we said you know what, this thing is extremely dear to us,’ said Karampelas, who is overseeing the real estate and build,” the Journal reported.

Karampelas told the Journal that “they wanted a striking building to stand out next to their potentially much larger neighbors,” and “the fact the community has owned the land for so long meant they were able to spend more on design and materials.”

The building’s design was done by OCI Architecture, the Journal noted.

“This is what Edmonton needs, this is what we’re trying to show people, that people will still buy/lease in nice, cool stuff. It doesn’t have to be that box-cut, you’ve seen one, you’ve seen ’em all kind of real estate. We hope it’s a great piece of real estate that people will appreciate and visit and hopefully enjoy for a long period of time,” Karampelas told the Journal.

In a social media post, Karampelas wrote that “the hope is to have the building completed by fall 2021,” the Journal reported.