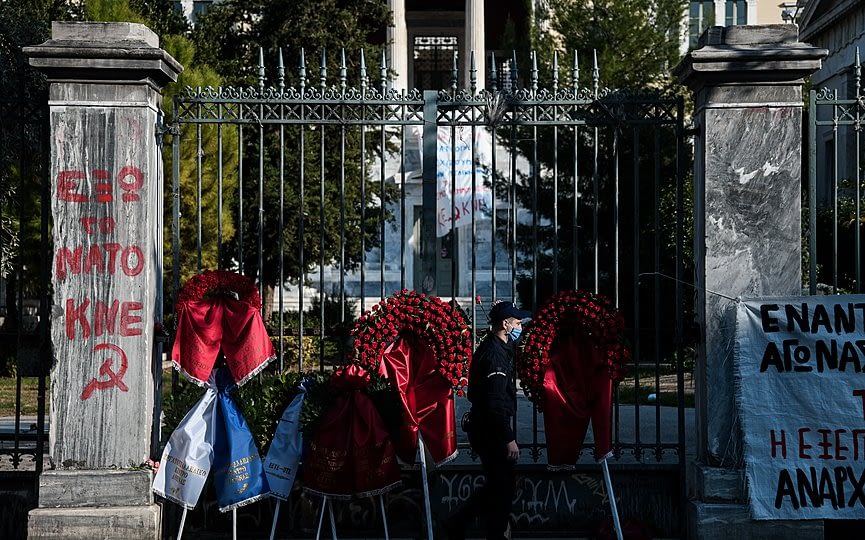 ATHENS —  Representatives of Greek opposition parties met with political leaders on Monday to protest a four-day order banning gathering of over four people.

The ban, effective November 15 to 18, comes ahead of commemorations for November 17, the anniversary of the Polytechnic student uprising against the junta in 1973, and an annual march to the US embassy.

Syriza MP Olga Gerovassili said that the coronavirus pandemic "should not become an excuse for authoritarian methods, suspending an article of the constitution by decision of the chief of police." She said that although her party would not participate in a national rally, it would hold an event at the historic premises of Eleftherias Park with 50 people, "keeping of course all health measures."

KKE's Thanassis Pafilis said his party observed the health measures, but the government itself didn't do so on mass transport and work places.

MeRA25 MP and Parliament Vice President Sofia Sakorafa warned that the government should "be very careful not to divide society with such decisions."