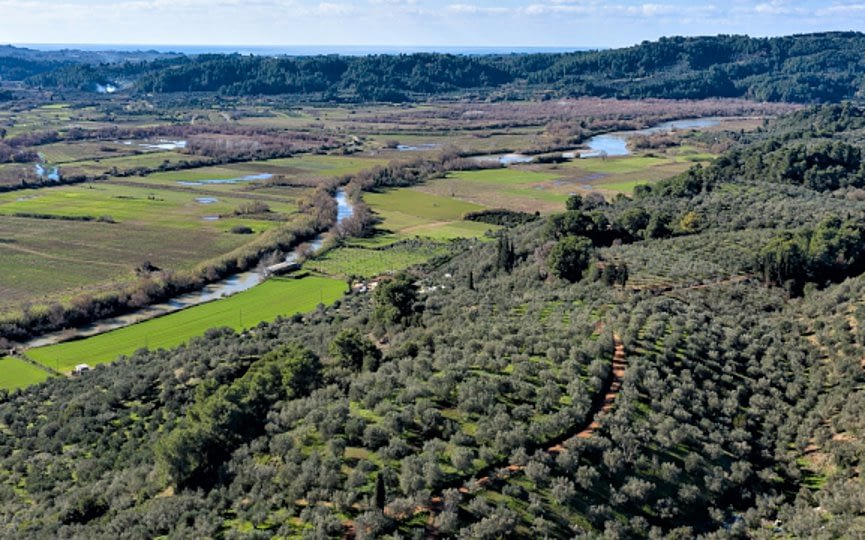 A truly international competition, the Athena IOOC attracted 575 olive oils from 24 countries on all continents and in both hemispheres. They were judged by 25 olive oil experts from 12 countries. The competition organizers noted a marked increase in the number of olive varieties represented in this year’s competition, which emphasizes the impressive diversity of choices for consumers enjoying extra virgin olive oil today.

One example of the wide range of choices is Best of Greece award winner Laurel & Flame Fresh, an early harvest EVOO produced from Tsampidoelia olives. Alexis Karabelas believes this variety is “unknown if you are not from Ancient Olympia,” where his family’s olive groves are located. Tsampidoelia olive oil has received far less attention than the better known Koroneiki variety even in the part of Elis, western Peloponnese, where it has been made for generations. Alexis and his brother Francesco almost decided to give up on this unpopular cultivar. However, the results of a two-year professional case study led them to “believe in this variety” so they “want to promote it outside Greece.”

Alexis Karabelas told Greek Liquid Gold he credits his team’s “love and passion for quality” for their noteworthy triumph in their first entry in an international olive oil competition. Starting with an agrotourism venture in 2008, Alexis’s parents Dimitris Karabelas and Franca Magrini attracted many visitors who came to see Ancient Olympia. When the pandemic forced their tourism business to close temporarily, the family concentrated on establishing their own mill, their Olive Temple.

This enabled their own careful oversight of oil extraction within just three hours of the olive harvest, as well as their creation of different extra virgin olive oil brands. They have now decided “to take the next step and turn to international markets interested in quality products.” The quality comes with transparency: scanning a QR code on the package allows consumers to reveal the area, variety, altitude, and chemical and organoleptic analyses, as well as food pairing suggestions and recipes. For Karabelas, this establishes “a direct contract of trust with the consumer.”

The Makris cultivar, another less-known olive variety, was also highlighted at the Athena IOOC. This year, the competition’s Best entry from the Makris variety and Best Greek olive oil from Thrace, Evros was Double Gold medal winner Kyklopas Ages extra virgin olive oil. A family business based in the new “Elaiolado Makris” Protected Designation of Origin (PDO) in northeastern Greece, Kyklopas has been a familiar name on international competition award lists in recent years.

Terra Creta, a company in southern Greece that has been winning numerous major awards for years, works mainly with the Greek olive variety most commonly used for olive oil, yet its team achieves uncommon results. This year, Double Gold winner Terra Creta EVOO was judged the Best Greek olive oil from Crete, Chania, and the Best Greek olive oil from the Koroneiki variety. However, for Terra Creta top distinctions are not enough. Emmanouil Karpadakis emphasizes that “true quality in significant volume is a primary goal” for his team, both to “motivate and reward all the people involved from the tree to the olive oil,” and to meet the needs of the market sectors interested in exceptional quality. Terra Creta is proud to have succeeded in creating substantial quantities of especially high quality Greek extra virgin olive oil.

Another oil produced from Koroneiki olives grown in Peloponnese, the flavored olive oil Laconiko Lime won a Double Gold medal as well as designation as the Athena competition’s Best flavored or infused olive oil. Laconiko’s Diamantis Pierrakos informed Greek Liquid Gold that he and his team at Laconiko “are grateful that the dedication and commitment that we apply in our production is recognized at this prestigious olive oil competition. We do not have any hidden secrets behind our oil’s success; we are just fortunate that we have our beautiful customers that support us and have allowed us to do what we absolutely love. For this reason alone, we cannot disappoint in offering them anything below what they deserve.” Year after year, Laconiko strives to produce the best possible products, accumulating large numbers of awards and orders as a result.

For six years, international juries at the Athena IOOC have evaluated increasing numbers of extra virgin olive oils and flavored olive oils from various olive varieties and many parts of the globe. At the same time, by changing the competition’s location, they draw attention to important olive growing areas in Greece: the Athens area, Messinia with its Kalamata olive groves, Delphi, Nafplion, Spata, and the island of Lesvos. The Athena team recognizes excellence wherever they find it in the olive oil world, and award-winning Greek producers proudly showcase the exquisite quality of their varied array of olive oils from across Greece.

For the complete list of Greek winners, go to the Athena IOOC site and select Greece.

Thanks to Alexis Karabelas for the photos used with this article.

All businesses, organizations, and competitions involved with Greek olive oil, the Mediterranean diet, and/or agrotourism or food tourism in Greece, as well as others interested in supporting Greeks working in these sectors, are invited to consider the advertising and sponsorship opportunities on the Greek Liquid Gold: Authentic Extra Virgin Olive Oil website. The only wide-ranging English-language site focused on news and information from the Greek olive oil world, it has helped companies reach consumers in more than 215 countries around the globe.

Food
Tasty Shrimp and Pasta Recipes to Enjoy for Dinner

Shrimp are a great option for weeknight meals as they cook quickly and offer plenty of nutrients and protein including calcium, iodine, and omega-3 and omega-6 essential fatty acids, important for brain and immune system health. 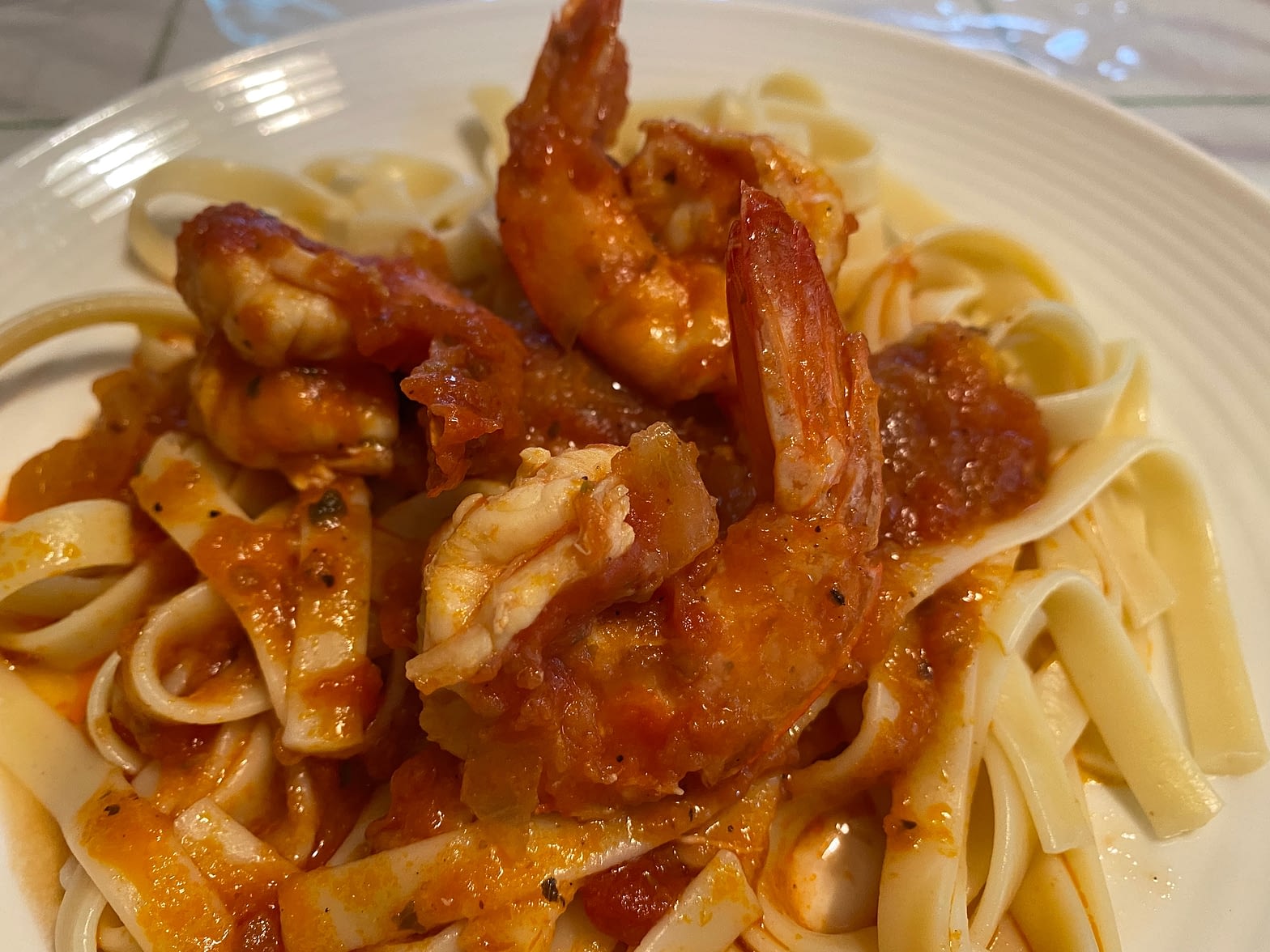