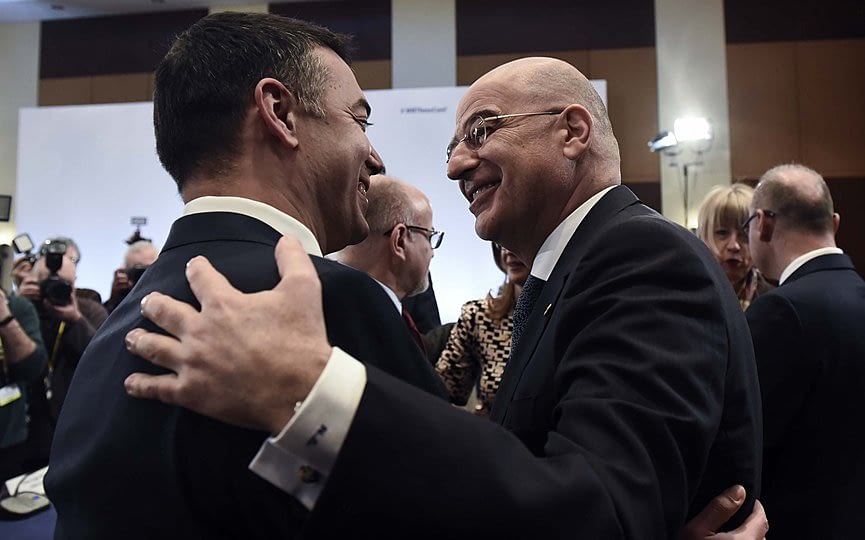 THESSALONIKI – Greek Foreign Affairs Minister Nikos Dendias on Monday stressed that “Greece’s hope and volition is for the March European Council meeting to set a date for the start of EU accession negotiations for both North Macedonia and Albania,” speaking after the end of the High-Level Conference on the European Perspective of the Western Balkans, held in Thessaloniki on Monday.

On the protection of the rights and property of the Greek ethnic minority in Albania, Dendias said this concerns the neighboring country’s compliance with the hard core of the European acquis and is also an issue of bilateral relations.

The minister finally said that Friday’s meeting essentially paved the way for the EU-Western Balkans summit, to be held in Zagreb on May 5-7.