By George Behrakis and George Gemelas 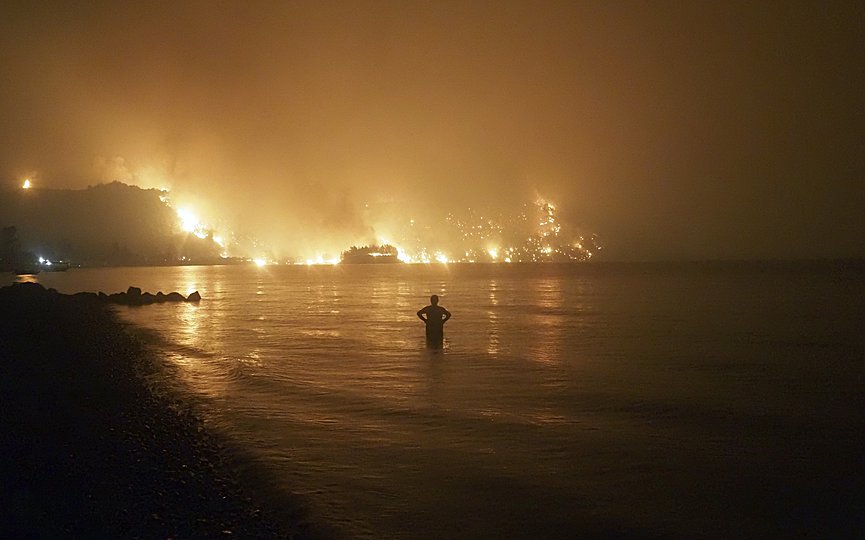 A man watches the flames as wildfire approaches Kochyli beach near the village of Limni, Greece, on the island of Evia, about 160 kilometers (100 miles) north of Athens, late Friday, Aug. 6, 2021, as wildfires raged uncontrolled through Greece and Turkey. (AP Photo/Thodoris Nikolaou)

Last month, Greece witnessed some of the most devastating wildfires in its history. Temperatures blazed past the 100°, 110°, even 115° F mark; over 600 fires ignited; thousands of people were evacuated, and tens of thousands of acres of Greek land burned.

The flames threatened heritage sites, robbed villagers of their livelihoods, and even halted festivities in Athens, where Giannis Antetokounmpo cancelled his NBA championship celebration.

For Greek-Americans, this summer’s catastrophe should be alarming because the conditions that fueled it are quickly becoming the new norm. On account of climate change, Greece will experience heat that’s more extreme, that hits on more summer days, and that spans longer periods throughout the year. This means more tinderbox conditions, like those seen this summer, that endanger the Greek homeland.

As young Greek-Americans, it’s become clear that the Greek-American community cannot afford to sit on the sidelines as the consequences of climate change descend on Greece. The risks to the Greek economy, to Greek tourism, and to the Greek way of life are too great to ignore. For this reason, we are writing today to send a clarion call: it’s time for our ‘κοινότητα’ to step up and engage on this increasingly important topic.

Leadership on climate will take many forms. Science will need to innovate the next generation of energy and transportation technologies. Entrepreneurs will need to build out ventures that deliver environmental outcomes while meeting consumer needs. Civic leaders will need to both signal the imperative of action as well as successfully implement sustainability solutions. Whatever the field, the opportunity to lead abounds.

Already some heartbeats of climate leadership can be heard within the Greek world. Kelly Vlahakis-Hanks and George Sakellaris have built successful enterprises that produce sustainable products and renewable energy. Billionaires Dean Metropoulos and John Paul DeJoria have prioritized sustainability in their business and philanthropic endeavors. And just this month, the Ecumenical Patriarch co-authored a statement with Pope Francis and the Archbishop of Canterbury highlighting the spiritual imperative for environmental stewardship and calling on leaders at all levels to act.

While these examples are exceptional, Greeks have much more to offer. After all, Greek-Americans have been trailblazers in many arenas, built wildly successful businesses, pushed the boundaries of medicine and science, and served at the highest levels of American politics and the U.S. military. On climate change, one of the defining issues of our time, we should expect Greek leadership all the same.

There isn’t a second to lose. To get ahead of the game, Greek-Americans will need to direct time, energy, and resources into building our understanding of climate’s impacts, investing in human capital and Greek expertise and promoting effective climate solutions.  Greek environmental excellence will emerge faster when our community prioritizes this important topic.

Luckily, in our experience leading national climate policy efforts, we’ve seen the call to action resonate across our community. From the young and the old, from Republicans and Democrats, to leaders across America, Greek-Americans of all stripes support timely leadership on this issue.

We write today, then, to activate the Greek-American network and call those on the sidelines into the arena.

Stewarding our planet is what our moment in history asks of us. Doing so, we would be living up to our duty as Americans, as custodians of Greece, and caretakers of the generations to come.

To learn more about climate impacts and how to support Greek efforts to mitigate them, contact George Behrakis and George Gemelas at greek.climate.initiative@gmail.com.

George Behrakis is a 2020 graduate of Tufts University and master’s student at the New England Conservatory. George Gemelas is a 2021 graduate of Yale University. Both are leading organizations to advance the market-based ‘carbon dividends’ climate solution.

It is estimated that nearly half of school age children in NYC public schools come from households where the primary language is not English. 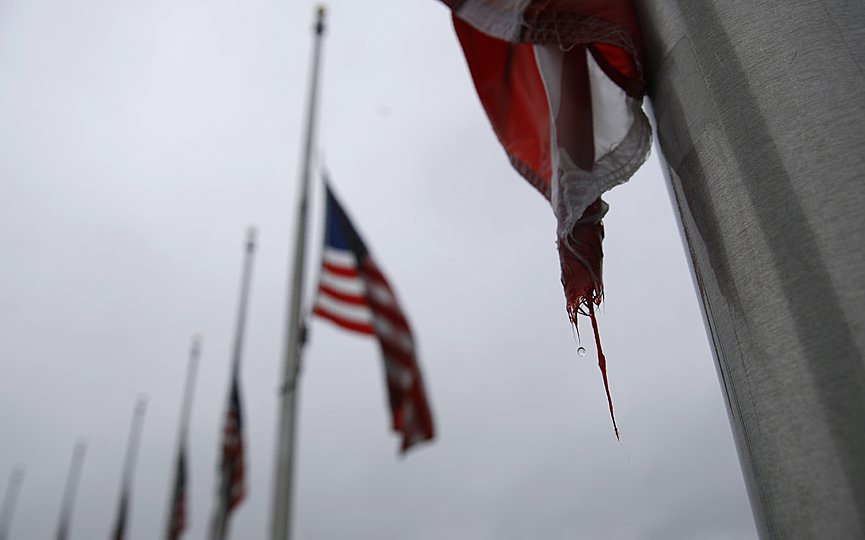