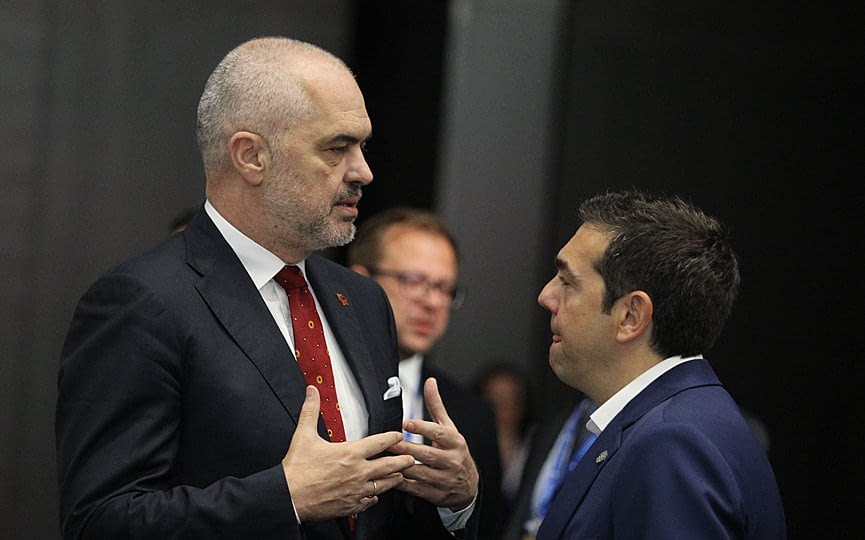 ATHENS – Greece and Albania will reopen talks to set maritime borders in the Ionian Sea off both coasts but said there will not be any negotiations about the land borders, citing a 1996 agreement that stipulated the boundaries.

“The two countries are not discussing their borders, as those have been determined by international agreements and no negotiation is taking place over them,” sources that weren’t identified told the state-run Athens-Macedonian News Agency (ANA-MPA).

Speaking during an interview with Albania’s Vizion Plus TV, Prime Minister Edi Rama appeared to suggest that Athens and Tirana were in talks over potential border changes.

“What is it that we are discussing with Greece today? The border. What did Kosovo and Montenegro discuss and achieve? The border. Why is it that the border between Kosovo and Serbia should not be discussed? It will surely be discussed [whether] you like it or not. A (border) demarcation process will take place in this case, too,” he was quoted as saying.
Meanwhile, Foreign Minister Giorgos Katrougalos said Greece was ready to extend its territorial waters in the Ionian Sea in the summer after his predecessor, Nikos Kotzias, said it would be doubled for six to 12 miles.

“This will help negotiations with Italy and Albania to demarcate our (Exclusive) Economic Zone (EEZ),” said Katrougalos.