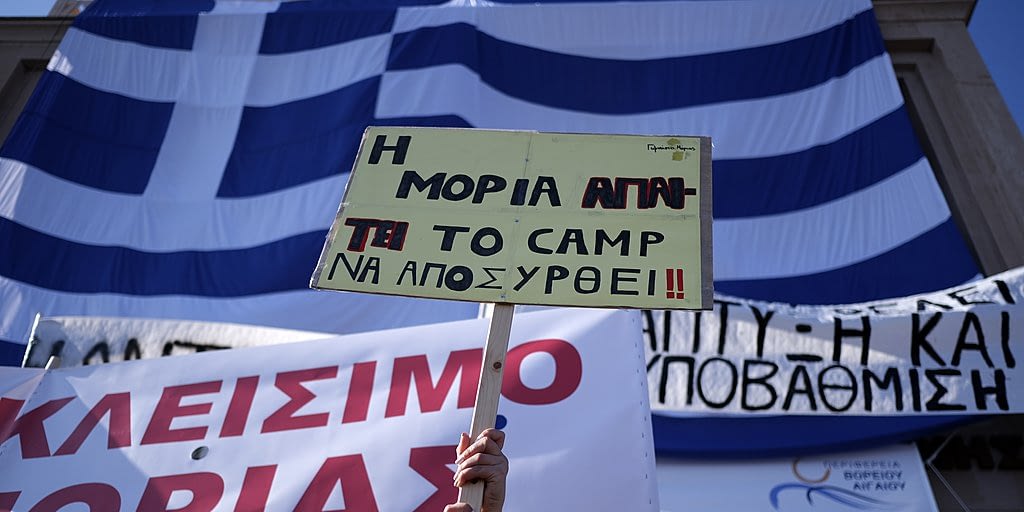 MYTILENE, Lesvos – A general strike has been called on Wednesday on the islands of the north Aegean affected by the refugee and migrant crisis.

All activities were at a standstill, the municipality of Mytilene’s Tax Bureau closed, as did all the kiosks on the island. Most stores were closed and public services were halted Wednesday on the Greek islands of Lesbos, Chios and Samos, where the camps in some cases have more than 10 times the number of people they were built for.

Several protests have been organised for midday.

People were protesting against the creation of new migrant facilities on the islands and demanding a solution for migrants and refugees seeking asylum, the control of non-governmental organisations operating on the island, better guarding of the borders and support for local communities and health and security structures.

Nearly 75,000 people crossed illegally to European Union member Greece from Turkey in 2019, according to the U.N. refugee agency, an increase of nearly 50% from the previous year.

Island authorities are urging the Greek government to step up migrant transfers to the Greek mainland and are seeking further information on its plans to build additional facilities that would be used to detain migrants listed for deportation.

Opposition Movement for Change (KINAL) on Wednesday announced its support for a general strike on the islands of Chios, Lesvos and Samos in protest against the handling of migration.

The party said that the government should stop hiding as “nobody has the right to sacrifice the islands, for any reason. An immediate, real and sustainable decongestion is as essential as ever. The support of health structures and of local administration is a self-evident obligation.”

The party noted that there is no time to draw up supposedly long-term plans. “The islanders have had enough of fake promises and prevarication. The Movement for Change supports the democratic mobilisations on the islands,” KINAL said. 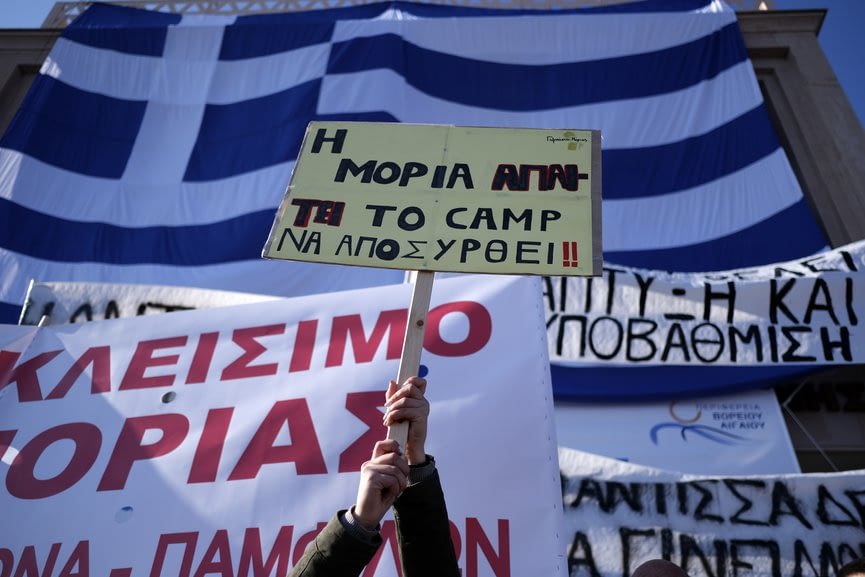 A protester holds a placard that reads “Moria demands the camp be withdrawn” outside the Municipality of Mytilene during a rally on the northeastern Aegean island of Lesbos, Greece, on Wednesday, Jan. 22, 2020. (AP Photo/Aggelos Barai) 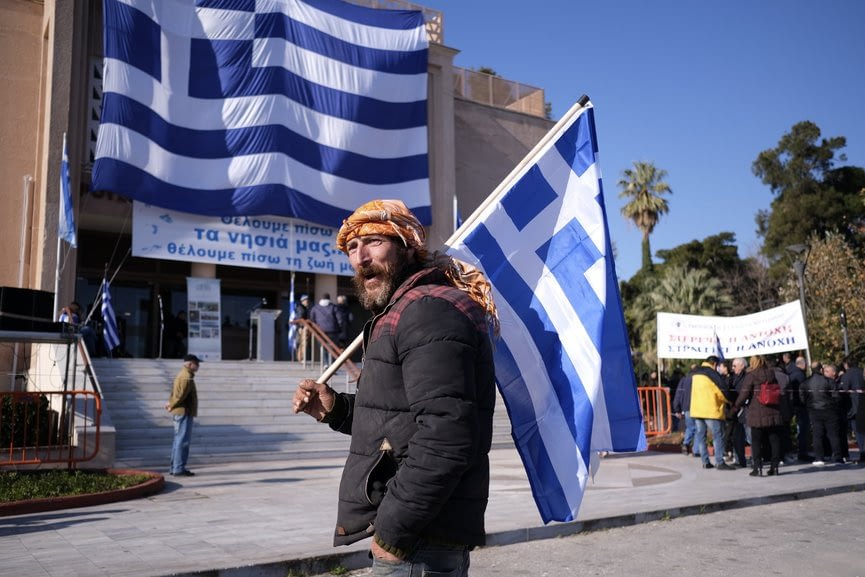 A protester holds a placard during a rally outside the Municipality of Mytilene, on the northeastern Aegean island of Lesbos, Greece, on Wednesday, Jan. 22, 2020. Local residents and business owners have launched a day of protest on the Greek islands hardest hit by migration, demanding the Greek government ease severe overcrowding at refugee camps. (AP Photo/Aggelos Barai)

ATHENS - The Iranian embassy, in the northeastern suburb of Psychiko, was attacked by a petrol bomb late on Saturday night.

“We Got Our Miracle”: Freed Americans Back Home in Alabama

BIRMINGHAM, Ala. — Two US military veterans who disappeared three months ago while fighting with Ukrainian forces against Russia arrived home to Alabama on Saturday, greeted by hugs, cheers and tears of joy at the state's main airport.