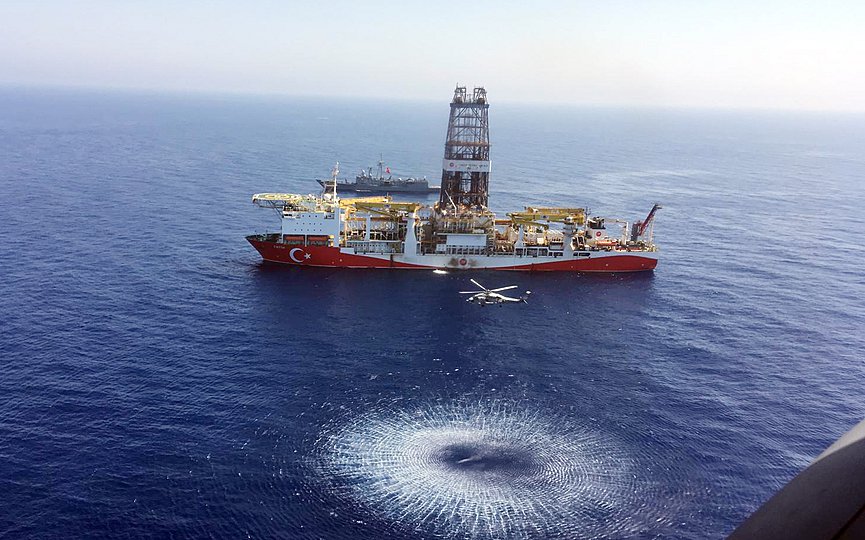 NICOSIA – Ignoring threats from Turkey, a French-Italian consortium of oil companies Total and ENI said they will begin drilling off Cyprus despite between oil giants Total and ENI will start drilling in Block 6 of Cyprus’ despite an “escalation” in tension, Energy Minister Giorgos Lakkotrypis said.

That would be done in Block 6 of Cyprus’ Exclusive Economic Zone (EEZ,) parts of which Turkey doesn’t recognize and as it has sent in two ships to also hunt for energy despite denunciation from the legitimate government, a member of the European Union that Turkey has been trying to join for 15 years.

The French and Italian companies said they would start in April although Turkish President Recep Tayyip Erdogan said Turkish warships near the EEZ could use the threat of military force to stop them, as they did earlier when an ENI ship steered away.

“The provocations from the Turkish side are nothing new. What we have been seeing recently is simply an escalation of such actions. Despite these provocations, these ongoing provocations, the Republic of Cyprus is on track and we are, of course, preparing for a new cycle of exploratory drilling,” Lakkotrypis told the Greek edition of Euronews.

He said after Total and ENI begin work that the United States’ ExxonMobil, which has been drilling and said it found a vast energy potential, would also begin more work as well as Qatar Petroleum at a later date.

In October, 2019 while ENI CEO Claudia Descalzi told a conference in Rome that he wasn’t anxious about growing tensions between Cyprus and Turkey – which has unlawfully occupied the northern third of the island since a 1974 invasion – that he wouldn’t go ahead if threatened.

“I’m not worried,” he said. But, he added, “If someone shows up with warships I won’t drill wells… I certainly don’t want to provoke a war over drilling wells,” the news agency Reuters reported then.