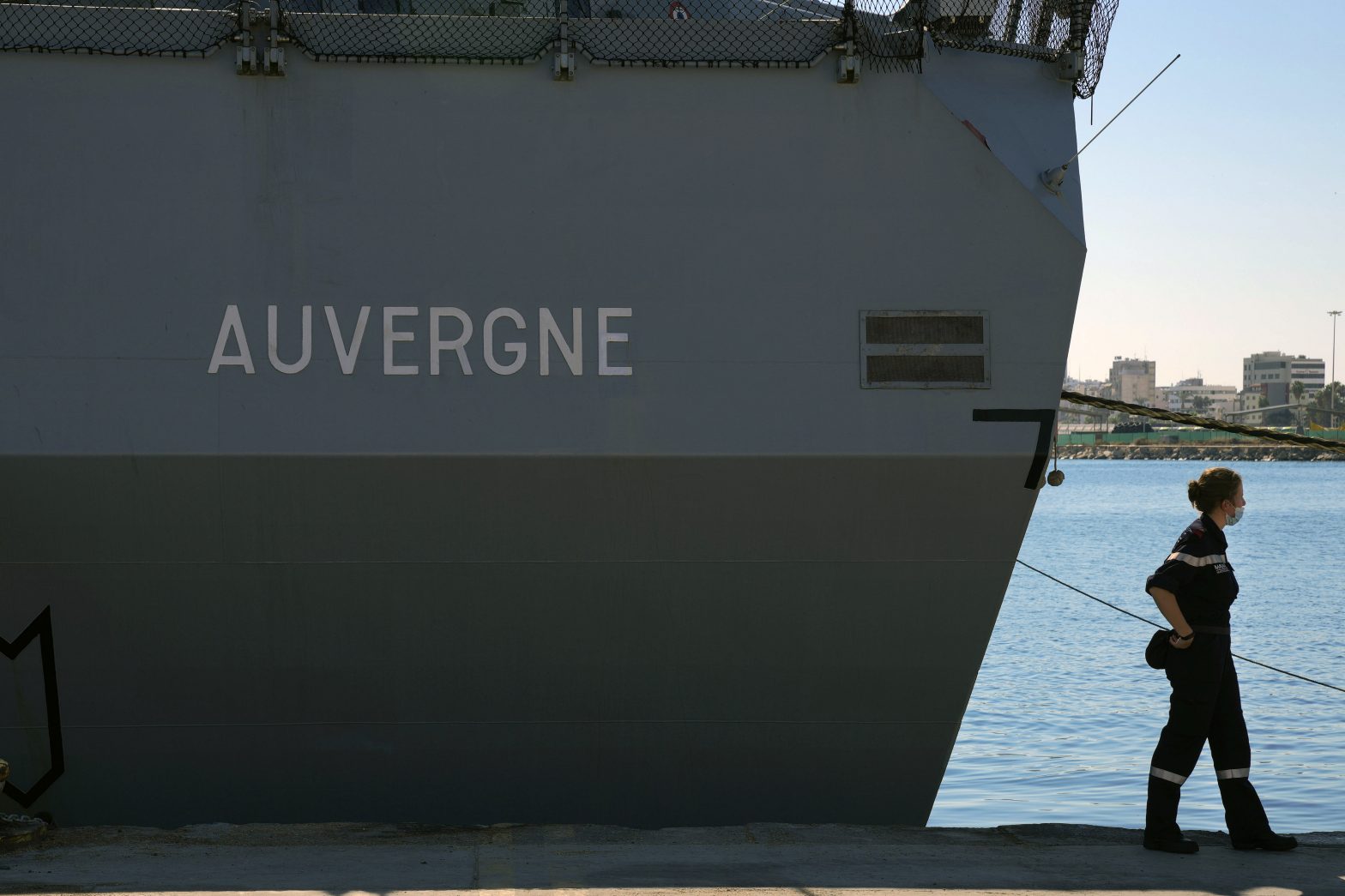 A sailor walks by the French frigate Auvergne during a port call at Cyprus' port of Laaca on Monday, Nov. 8, 2021. (AP Photo/Petros Karadjias)

NICOSIA — France showcased its military muscle Monday with a tour of its new frigate Auvergne in the eastern Mediterranean, seeking to underscore what the ship’s captain said was the importance that Paris attaches to ensuring security and stability in the region.

Captain Paul Merveilleux de Vignaux said the Auvergne with its 150-strong crew would be deployed in the eastern Mediterranean until January to gather intelligence in order to “show how the respect of international law and especially freedom of navigation matters” to France.

“This deployment underlines how important France considers this part of the Mediterranean sea,” as well as the country’s “willingness to contribute to the stabilization of this strategic area,” De Vignaux told reporters at the Cypriot port of Larnaca.

The Auvergne was commissioned three years ago. It has advanced sonar equipment and specializes in anti-submarine warfare.

De Vignaux said this is the 12th time that the Auvergne has visited Cyprus, which he called as key to supporting French naval operations in the region.

“There can’t be efficient and sustainable naval operations without support and Cyprus is the centerpiece of it,” De Vignaux said.

Relations between Cyprus and France have been growing tighter in recent years. Cyprus also permits French aircraft to use its military air base in the southeastern corner of the island nation and allows French ships to use its southern naval port, which is now undergoing an upgrade.

France is also keen to make its presence felt to send signals to Turkey not to interfere with offshore drilling by French energy company Total and its Italian partner Eni next year in waters off Cyprus’ southern coast.

Turkey doesn’t recognize Cyprus as a nation and contests waters where the Cypriot government claims exclusive economic rights. Ankara says a large chunk of those waters either overlap its continental shelf or belong to the breakaway Turkish Cypriots.

Cyprus was split in 1974 when Turkey invaded after a coup by supporters of union with Greece. Only Turkey recognizes a 1983 Turkish Cypriot declaration of independence in the island’s northern third where it maintains more than 35,000 troops.

In February 2018, Turkish warships prevented a drill ship leased by Eni from conducting exploratory drilling in waters southeast of Cyprus.

“(French President Emmanuel) Macron needs to project this power in the region, because this is part of his whole policy of establishing or re-establishing France as a great power, which is not only dominant in the region of the Middle East, but (in) Africa,” Koukkides-Procopiou told The Associated Press.

“Someone had to move in and fill that vacuum (in the eastern Mediterranean). Now France wants to make sure that it’s not Turkey,” she said. 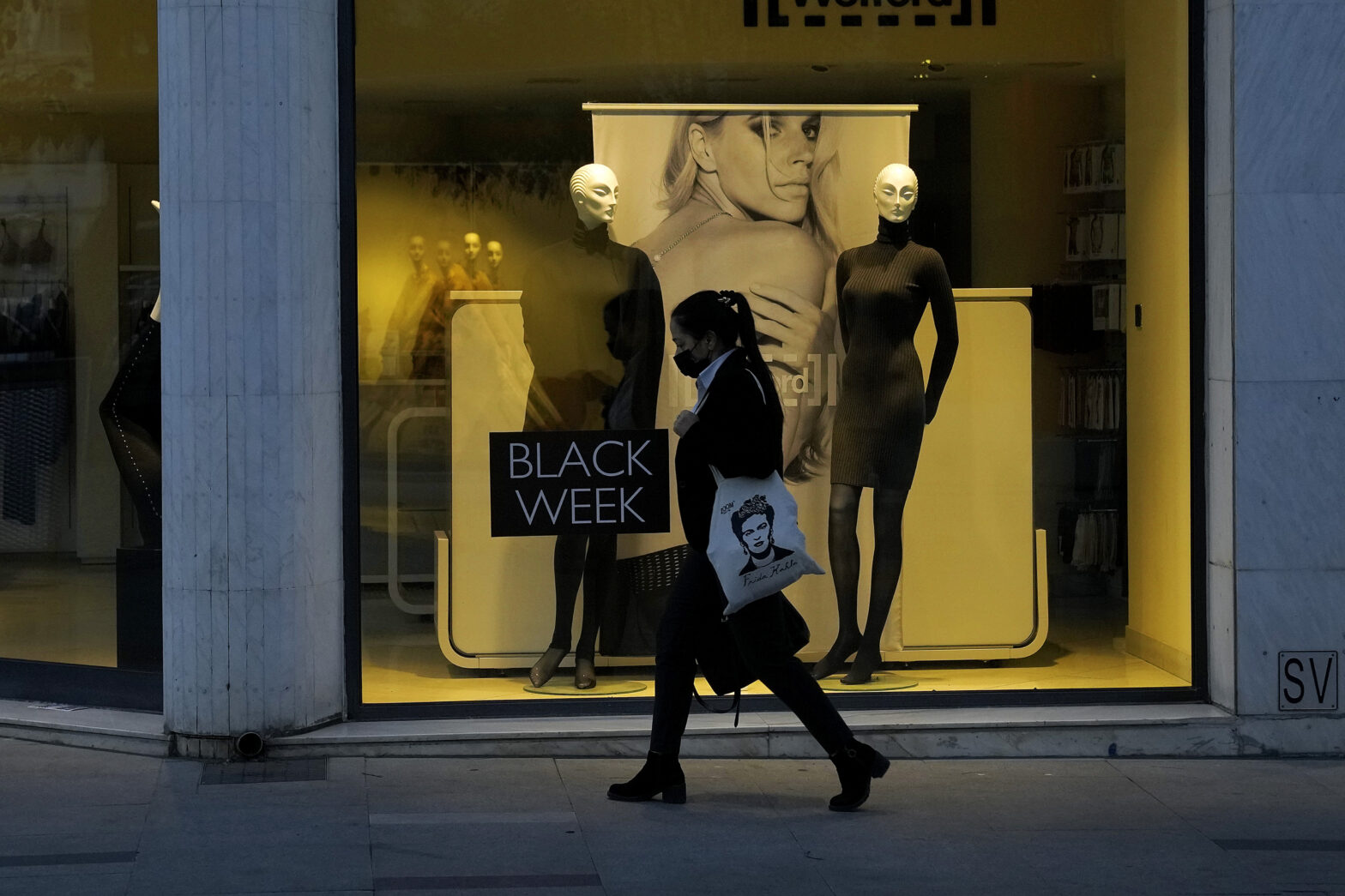