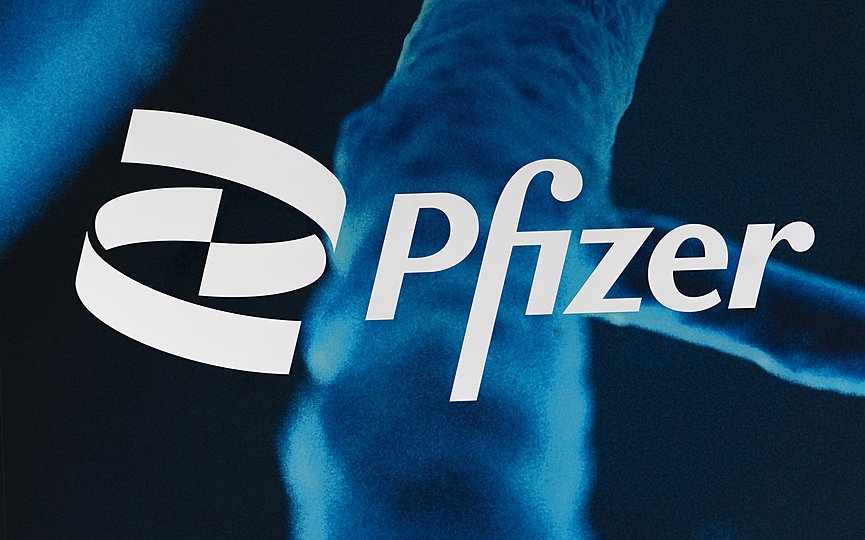 FILE - In this Feb. 5, 2021, file photo, the Pfizer logo is displayed at the company s headquarters in New York. (AP Photo/Mark Lennihan, File)

WASHINGTON — Kid-size doses of Pfizer’s COVID-19 vaccine may be getting closer as government advisers on Tuesday began deliberating whether there’s enough evidence that the shots are safe and effective for 5- to 11-year-olds.

A study of elementary schoolchildren found the Pfizer shots are nearly 91% effective at preventing symptomatic infection — even though the youngsters received just a third of the dose given to teens and adults.

In a preliminary analysis last week, Food and Drug Administration reviewers said that protection would “clearly outweigh” the risk of a very rare side effect in almost all scenarios of the pandemic. Now FDA’s advisers are combing through that data to see if they agree.

If the FDA authorizes the kid-size doses, there’s still another step: Next week, the Centers for Disease Control and Prevention will have to decide whether to recommend the shots and which youngsters should get them.

While children are at lower risk of severe COVID-19 than older people, 5- to 11-year-olds still have faced substantial illness — including over 8,300 hospitalizations, about a third requiring intensive care, and nearly 100 deaths, FDA vaccine chief Dr. Peter Marks told the advisory panel.

Also, “infections have caused many school closures and disrupted the education and socialization of children,” he said.

“I want to acknowledge the fact that there are strong feelings” among the public for and against child vaccinations, Marks added, noting that the discussion would be on scientific data “not about vaccine mandates, which are left to other entities outside of FDA.”

Full-strength shots made by Pfizer and its partner BioNTech already are recommended for everyone 12 and older but pediatricians and many parents are clamoring for protection for younger children. The extra-contagious delta variant has caused an alarming rise in pediatric infections — and families are frustrated with school quarantines and having to say no to sleepovers and other rites of childhood to keep the virus at bay.

States are getting ready to roll out shots for little arms — in special orange-capped vials to distinguish them from adult vaccine — as soon as the government gives the OK. More than 25,000 pediatricians and other primary care providers have signed up so far to offer vaccination.

Pfizer’s study tracked 2,268 children ages 5 to 11 who got two shots three weeks apart of either a placebo or the kid dose. Vaccinated youngsters developed levels of virus-fighting antibodies just as strong as teens and young adults who got the full-strength shots.

And so far, 16 kids given dummy shots developed symptomatic COVID-19 compared to three vaccinated youngsters, meaning the vaccine was nearly 91% effective. Most of the study data was collected in the U.S. during August and September as the delta variant surged.

The kid dosage also proved safe, with similar or fewer temporary side effects — such as sore arms, fever or achiness — that teens experience. At FDA’s request, Pfizer more recently enrolled another 2,300 youngsters into the study, and preliminary safety data has shown no red flags.

The study isn’t large enough to detect any extremely rare side effects, such as the heart inflammation that occasionally occurs after the second dose, mostly in young men and teen boys.

The FDA’s panel of independent experts will weigh whether Pfizer’s shot is likely to prevent more COVID-19 hospitalizations in young kids than might be caused by that rare side effect.

The FDA analysis calculated that in most scenarios of the continuing pandemic, the vaccine would prevent roughly 200 to 250 COVID-19 hospitalizations for every 1 million youngsters vaccinated, with about 58 hospitalizations for the heart inflammation. The side effect risk is based on levels in teens, and Pfizer expects it to be far lower in youngsters getting the kid-size dose.

Moderna also is studying its vaccine in young children.