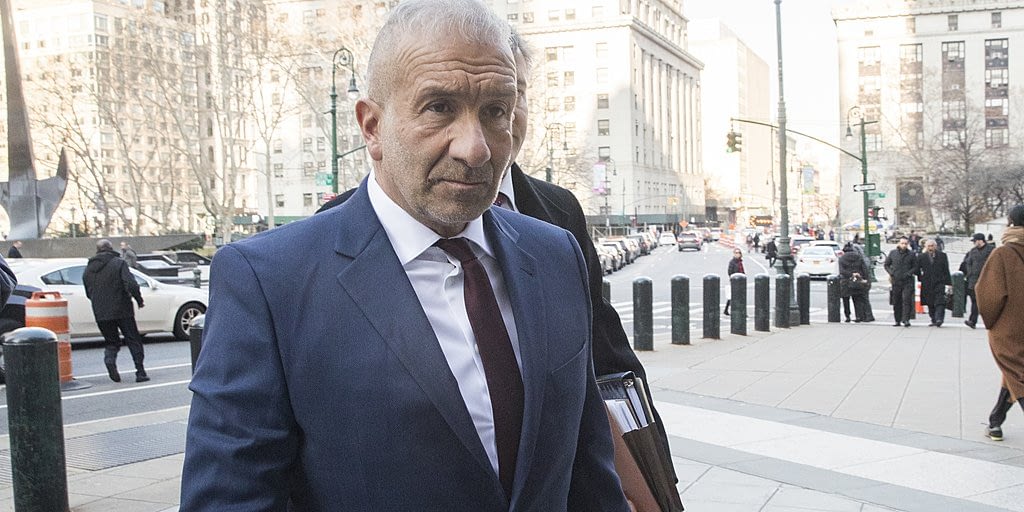 NEW YORK (AP) — The former head of the State University of New York’s Polytechnic Institute was sentenced Tuesday to 3½ years in prison for his role in corrupting the state’s Buffalo Billion project.

Greek-American Alain Kaloyeros, 62, was sentenced in Manhattan federal court by Judge Valerie E. Caproni, who noted that the Beirut-born scientist was “living the American dream” until he wandered into corruption that stretched into the office of Democratic Gov. Andrew Cuomo.

Cuomo once called Kaloyeros his “economic guru” and the governor invited him to appear at the announcement of various economic development projects.

Cuomo was not accused of wrongdoing himself in the Buffalo Billion prosecution or another related case involving bribes paid to a top aide, but the corruption allegations have left a cloud over his administration.

The judge said Kaloyeros became “the Apple in Cuomo’s eyes” as the governor initiated the biggest development project in upstate New York in recent memory.

She said Kaloyeros did not profit financially but “profited politically” by helping to rig the bidding process for projects worth hundreds of millions of dollars.

She fined Kaloyeros $100,000. The judge said he can remain free on bail until a federal appeals court considers a substantial legal question. However, she said he must report to prison two months after the appeals court rules.

Kaloyeros, who apologized to New York state residents, was convicted in July of conspiracy and wire fraud.

“I stand before you with a heavy heart,” Kaloyeros said. “I feel enormous responsibility for the hurt and loss I have caused others.”

His lawyers said in a statement afterward they still believe him to be “an innocent man.”

Kaloyeros was the president of New York’s Polytechnic Institute when Cuomo tapped him to help a quest to create high-tech jobs in upstate New York.

Kaloyeros, who led the Polytechnic Institute until he resigned in October 2016, was convicted after prosecutors presented evidence that the bidding process for the project was rigged to benefit a Buffalo developer and a Syracuse development company. 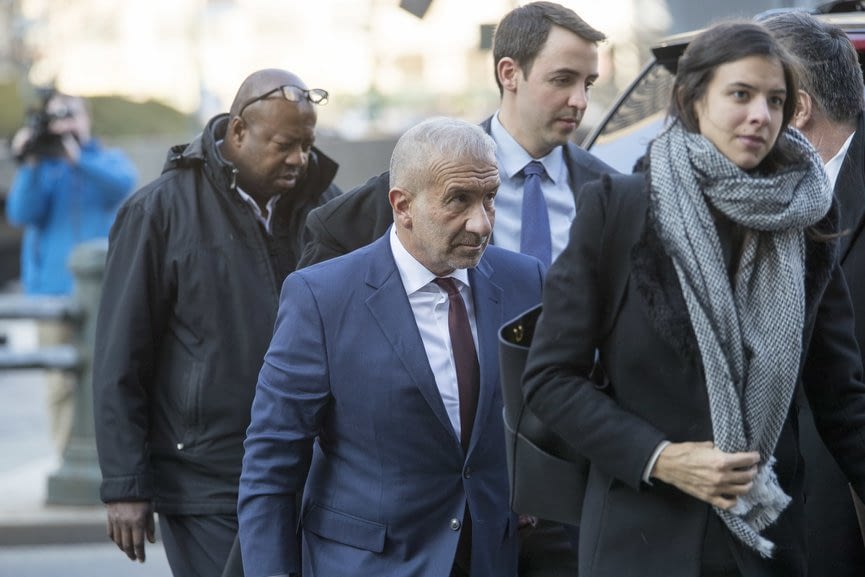 Alain Kaloyeros, center, the ex-president of the State University of New York’s Polytechnic Institute, arrives for his sentencing at Manhattan Federal court, Tuesday, Dec. 11, 2018, in New York. Kaloyeros, who led the Polytechnic Institute until he resigned in October 2016, was convicted in July of conspiracy and wire fraud after prosecutors presented evidence that the bidding process for a state project was rigged to benefit a Buffalo developer and a Syracuse development company. (AP Photo/Mary Altaffer)

His co-defendants — three developers — were sentenced to prison terms ranging from two to three years. All plan to appeal.

Caproni said Kaloyeros was very smart and had done many good things, but may have been damaged by his desire to be “the big man on campus … a star in Albany.”

She said he generally saw himself as “the smartest guy in the room” and showed a “lack of respect for rules and law,” thinking he could overcome every bureaucratic snafu through his smarts and personality.

Defense attorney Reid Weingarten told Caproni that Kaloyeros never believed he was putting the state or his school in harm’s way.

“Dr. K, at the worst, was a passive participant in this,” Weingarten said.