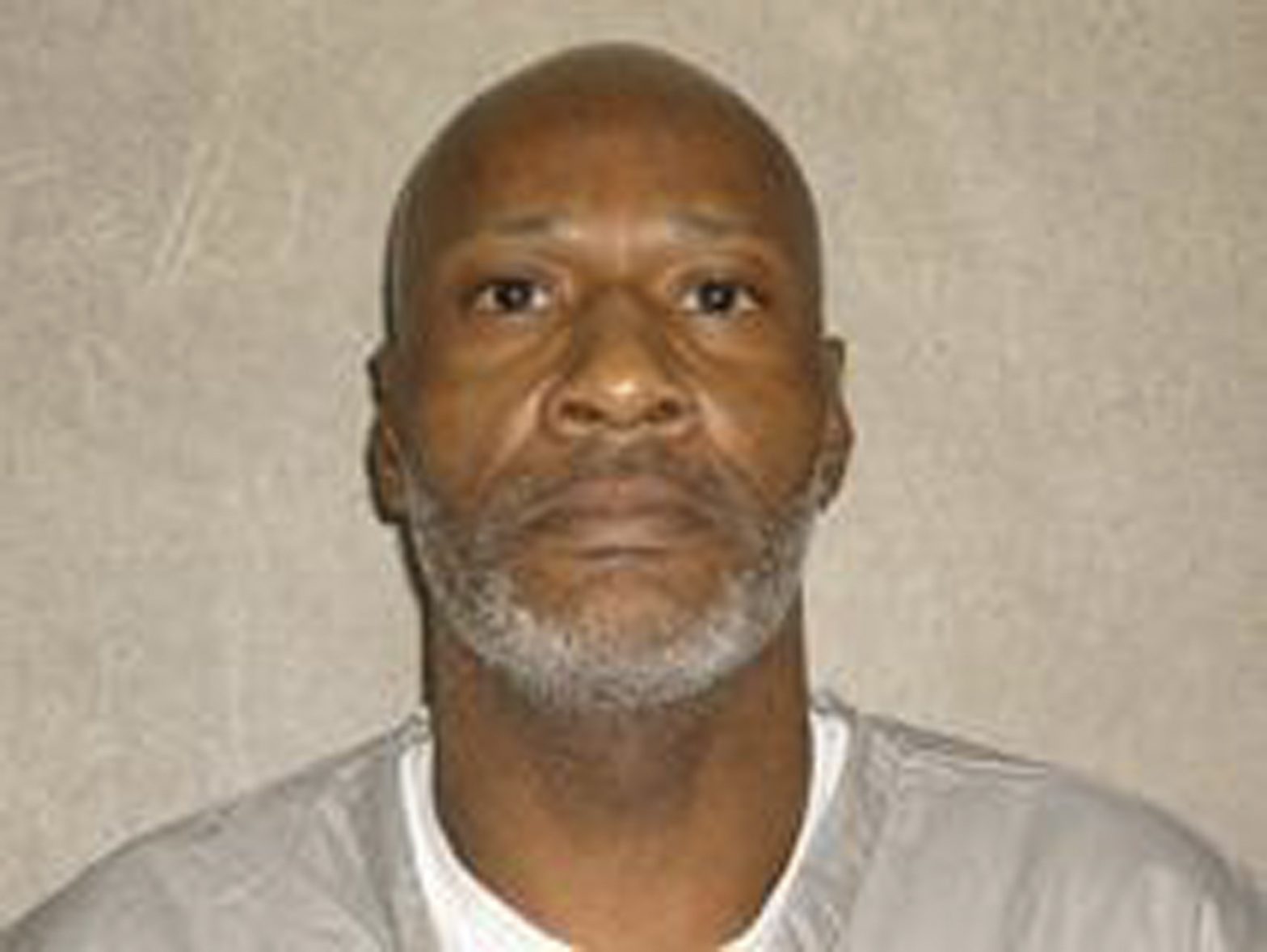 This undated photo provided by the Oklahoma Department of Corrections shows John Marion Grant. A federal appeals court has granted a stay of execution for two Oklahoma inmates who were scheduled to receive lethal injections in the coming weeks. A three-member panel of the U.S. Court of Appeals for the 10th Circuit issued the stays Wednesday, Oct. 27, 2021, for death row inmates John Marion Grant and Julius Jones. (Oklahoma Department of Corrections via AP)

While medical experts say it’s unclear why an Oklahoma inmate began convulsing and vomiting after the first of three drugs used to execute him was administered, all agree the dosage was massive compared with what’s standard in surgeries — with one doctor calling it “insane.”

The state’s prisons agency is now likely to face new litigation, which may focus on the state’s description of the execution of John Marion Grant for the 1998 slaying of a prison cafeteria worker as “in accordance with” protocols.

Grant, 60, convulsed and vomited after the sedative midazolam was administered. That drug was followed by two more: vecuronium bromide, a paralytic, and potassium chloride, which stops the heart.

Thursday’s lethal injection ended a six-year moratorium on executions in Oklahoma that was brought on by concerns over its execution methods, including prior use of midazolam.

Oklahoma’s protocols call for administering 500 milligrams of the sedative. Arkansas and Ohio are among other states that use that dose of midazolam in executions.

“It’s just an insane dose and there’s probably no data on what that could cause,” said Jonathan Groner, an Ohio State University medical school surgery professor and lethal injection expert.

He added that sedation does not increase as the dosage goes up.

“There’s a reason these drugs are given by anesthesiologists and not prison guards,” he said.

Grant was strapped to a gurney inside the execution chamber when the drugs were administered. After several minutes, two members of the execution team wiped the vomit from his face and neck. He was declared unconscious about 15 minutes after receiving the first drug and declared dead about six minutes after that, at 4:21 p.m.

In a statement released immediately after the execution, state prisons spokesman Justin Wolf said it “was carried out in accordance with Oklahoma Department of Corrections’ protocols and without complication.”

On Friday, prisons director Scott Crow said it was “without complication” because there was no interruption of the agency’s process for putting someone to death. He said Grant’s vomiting “was not pleasant to watch, but I do not believe it was inhumane.”

Crow said the doctor monitoring the execution said Grant was unconscious when he was vomiting and that “regurgitation is not a completely uncommon instance or occurrence with someone who is undergoing sedation.”

Dr. Karen Sibert, an anesthesiologist and professor at the University of California, Los Angeles, disputed that, saying that type of nausea is not normally associated with the class of drugs that includes midazolam. A lack of oxygen could have brought on the convulsions, along with Grant’s high levels of anxiety and distress, she said.

“Midazolam does not usually cause it by itself,” Sibert said.

Even before Grant’s execution, more than than two dozen Oklahoma death row inmates were part of a federal lawsuit challenging the state’s lethal injection protocols,  arguing that the three-drug method risks causing unconstitutional pain and suffering. A trial is set for early next year.

Grant was the first person in Oklahoma to be executed since  a series of flawed lethal injections in 2014 and 2015. He was serving a 130-year prison sentence for several armed robberies when witnesses say he dragged prison cafeteria worker Gay Carter into a mop closet and stabbed her 16 times with a homemade shank.

Midazolam has been associated with other troublesome executions, with accounts of inmates snorting and gasping following its administration, or coughing loudly, or their stomachs inflating and deflating.

In April 2014, Oklahoma inmate Clayton Lockett struggled on a gurney before dying 43 minutes into his lethal injection during the state’s first use of midazolam — and after the state’s prisons chief ordered executioners to stop.

Oklahoma halted executions in 2015 after other problematic lethal injections. While the moratorium was in place, Oklahoma moved ahead with plans to use nitrogen gas to execute inmates, but ultimately scrapped that idea and announced last year that it planned to resume executions using the same three-drug lethal injection protocol that was used during the flawed executions.

In 2015, a divided U.S. Supreme Court said Oklahoma’s use of midazolam didn’t violate the Constitution’s Eighth Amendment prohibition on cruel and unusual punishment. The court also said “some risk of pain is inherent in any method of execution.”

But Denham notes that the court said inmates challenging its use hadn’t proved it was unconstitutional, not that the drug itself was constitutional.

Oklahoma has six more executions scheduled to take place through March, and prison officials say they have confirmed a source to supply all the drugs needed.